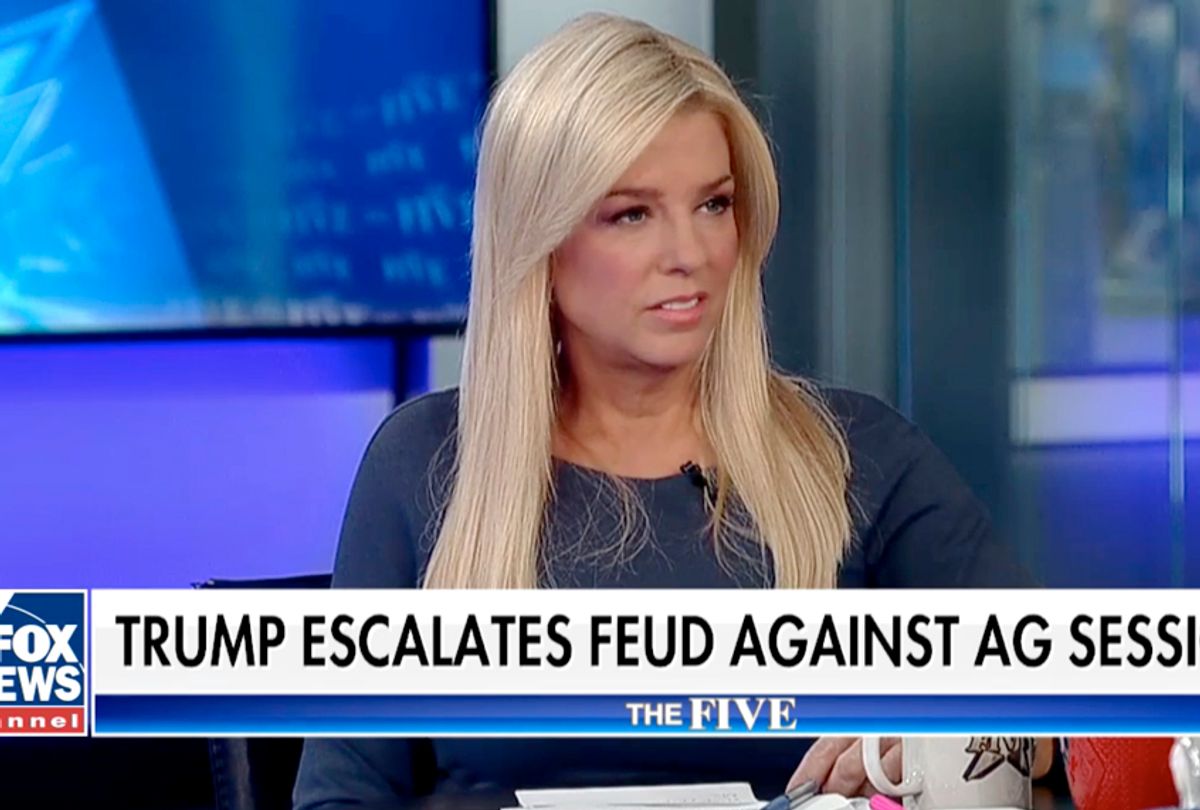 Florida Attorney General Pam Bondi has fallen under scrutiny at home in the Sunshine State for reportedly "auditioning" for the conservative cable channel Fox News while still serving in elected office.

"Call it an audition of sorts for Bondi, who wraps up her two terms as attorney general in January," Steve Contorno wrote in the Tampa Bay Times. "Cable television is often considered one of several potential landing spots for Bondi, according to her friends and political allies."

In a statement responding to conflict of interest concerns arising from Bondi's Wednesday-Friday appearances, Fox News said, "The Florida Ethics Commission cleared Pam Bondi to appear as a co-host of 'The Five' and travel to New York."

According to the Florida newspaper, Bondi's appearances were "so unprecedented for a sitting elected official" that a Florida lawyer spoke "to the [the Florida Commission on Ethics] on behalf of the Attorney General" to confirm she was would not be in violation of any rules.

Asked whether she believes it is appropriate for one of Florida's top elected officials to appear on the network in a guest host capacity, Bondi's spokeswoman Kylie Mason told the Tampa Bay Times, "She is often on national news. The attorney general is always working. She is available 24/7 and works even when out of the state."

Mason added that Bondi was not paid by Fox News and state funds were not used to fund her travels to New York.

This is far from the first time that Bondi has found herself embroiled in an ethics controversy. During the 2016 presidential election, Bondi endorsed President Donald Trump and also spoke at the Republican National Convention. Questions have since arisen about a donation the president made to a political group supporting the Florida attorney general. As The New York Times previously reported:

Politicians in Florida, which Mr. Trump considers his second home, have been among his leading beneficiaries . . . Although not unprecedented, his $25,000 gift to And Justice for All, the committee supporting Ms. Bondi, is among his largest.

What is more, when Mr. Trump wrote that check, he still theoretically had reason to be concerned that Florida’s attorney general could become a player in the legal assault on Trump University.

Bondi's tenure as state attorney general will wrap up in a few months, and she could land a spot at Fox News thereafter, following in the footsteps of other former top Republican officials like Mike Huckabee and Sarah Palin. As the Tampa Bay Times noted, Bondi has frequently appeared on the network as a guest.

"Bondi is no stranger to the news network and its conservative programs," the Tampa Bay Times reported. "She has made dozens of appearances on Fox News programs over the years, sometimes to talk about Florida or as a legal expert, other times just as a political commentator."

But Bondi's latest appearance as a co-host signaled a new era in her relationship with Fox News. Instead of appearing on the conservative network to discuss issues in her home state or comment on national news for several minutes at a time, Bondi was observed commenting on topics ranging from special counsel Robert Mueller's investigation to the murder of an Iowa jogger. She also openly criticized Democrats.