A white doctor shouts, "They're treating me like a f***ing black person," and an open secret is revealed 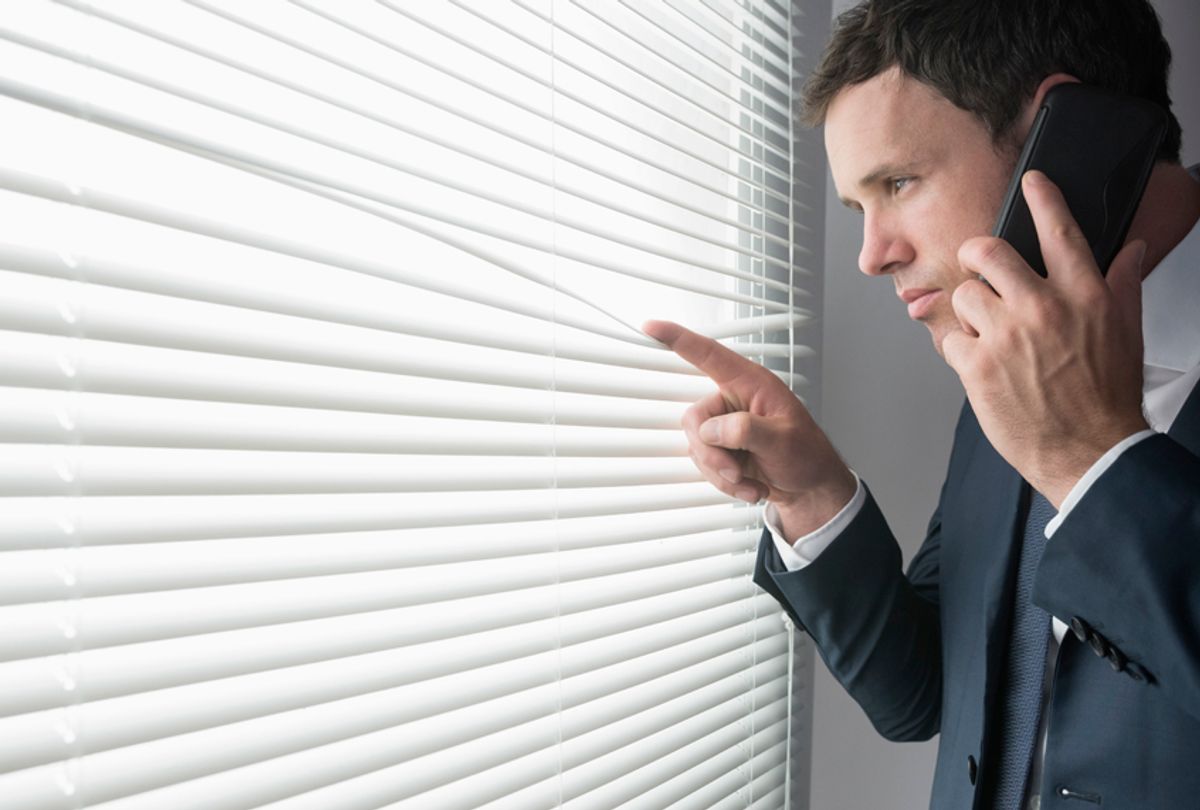 In a video recorded last Thursday, a doctor named Jeffrey Epstein, who is white, created a disturbance at Orlando International Airport because he felt he was being treated poorly by an airline.

According to a report by WESH 2 News, a local TV station, after American Airlines told Epstein he would not be allowed to fly because of his unruly behavior, he "took off his backpack, put his hands in the air and asked officers to arrest him." One of the officers ultimately used pepper spray to subdue him, and while en route to a hospital for medical treatment, Epstein reportedly told police that “he created a very big disturbance" and had done so "on purpose.”

After he was released from custody, Epstein spoke to a reporter for WESH 2 News, and that's where it gets interesting.

He said he was trying to make a point about police use of force. He said the disruption was done to "prove a point."

"If you're going to do this to a white doctor, who's 59-years-old, for doing nothing, then why would black people trust you?," Epstein said.

While speaking with WESH 2 News outside of the jail, Epstein began speaking about his political views.

"I’m a conservative Republican, I’m a Trump guy. But until the police fix this problem, I don’t blame black people for being upset when they get arrested."

Reportedly, while the police were restraining Epstein at the airport he screamed, "They are treating me like a fucking black person."

This is such an open secret that even a middle-aged Republican doctor in Florida understands it: In the United States there is one standard of behavior and accountability for white people and a different one for everyone else.

This open secret also explains that even when white Americans may tell pollsters and other researchers that they believe police treat whites and African-Americans the same way, in reality white people know that claim is not true.

In many ways, the self-comforting myth of "colorblind" justice and a "post-racial" America is a way of perpetuating a long history of white privilege and a double standard of treatment in which whites as a group presume and assume a latitude of action, freedom and entitlement that is not allowed to others.

Of course, if Epstein were in fact a black person he might have been seriously beaten by police, or even killed. The self-imposed racial myopia that is created by whiteness and white privilege blinded him to that fact. White entitlement also rests upon hypocrisy: By his own admission, Epstein is a Donald Trump supporter. He voted for a president who both personally and through his appointees and agents has encouraged police brutality against black and brown people.

Negrophobia, this unfortunate fact of American life, is not the "mere" humiliation of being harassed by the police for the "crime" of walking down the street, sleeping in public, taking a nap in the lounge of a college dorm where you are a student, eating, daring to complain to a store manager about poor service, jogging, shopping in a store, holding your baby, or driving in a neighborhood where the police stop you because "you don't belong."

Negrophobia is also more than the indignity wielded through white privilege, which empowers whites both as a group and as individuals to appoint themselves as rightful enforcers and protectors of the boundaries "protecting" white spaces from black and brown people. Negrophobia is mental, physical and emotional violence against black people. It is the direct opposite of the white entitlement and white privilege which presumes the inherently benign nature of whiteness and the dangerousness of black and brown people.

In a recent essay, the sociologist Elijah Anderson explains the policing of white spaces and the power of negrophobia:

Part of the answer has to do with the ubiquity of cell phones and social media, which allow news of racist incidents (which have always existed) to spread quickly.

Yet there is also a sociological explanation. Many white people have not adjusted to the idea that black people now appear more often in places of privilege, power, and prestige — or just places where they were historically unwelcome.

When black people do appear in such places, white people subconsciously or explicitly want to banish them to a place I have called the “iconic ghetto” — to the stereotypical space in which they think all black people belong, a segregated space for second-class citizens.

A lag between the rapidity of black progress and white acceptance of that progress is responsible for this impulse. This is also exacerbated by the current presidential administration, which has emboldened white racists with its racially charged rhetoric and exclusionist immigration policies.

As whites "observe black people navigating the 'white,' privileged spaces of our society," Anderson continues, "they experience a sense of loss or a certain amount of cognitive dissonance. They may feel an acute need to 'correct' what is before their eyes, to square things, or set the “erroneous” picture right — to reestablish cognitive consonance. White people need to put the black interlopers in their place, literally and figuratively. Black people must have their behavior corrected, and they must be directed back to 'their' neighborhoods and designated social spaces."

While white women such as "Permit Patty" and "BBQ Becky" are allowed their few minutes of public infamy for being willing and enthusiastic enforcers of white racism as made real through white spaces, the historic role of white women as enforcers of the color line should never be overlooked.

From the women's auxiliaries of the Ku Klux Klan to false cries of rape and sexual assault that led to thousands of black men and boys being lynched across the United States to the fictional black man who has all too frequently been conjured up by white women as supposed kidnappers of them or their children, in America's racial project, white women have, in most ways, been equal partners with white men.

In a special commentary, the editorial board of the Connecticut Law Tribune provides some context for this reality:

While police have escalated the indignity in some of these incidents—arresting the men at Starbucks, patting down the Native American students, detaining the graduates at the Airbnb — these are not primarily stories of police misconduct. Instead, they are stories about the ways white people are using the police to create and enforce their own sense of who belongs where. Black woman in grad student common room? Call the police. Native American students without a parent on a college tour? Call the police. Black women in a white residential neighborhood, or playing golf? Or at a Starbucks? In every case, call the police.

Callers may believe they are reacting to common perceptions of their targets. Primarily women, the callers may justify their calls as a matter of protection. But just as there may be a perception that black and native people are different and/or dangerous, how are the callers perceived? What is really being threatened other than traditionally white, middle-class spaces? ... The idea that black and brown folks pose a threat to white people — particularly, white women — is a product of the campaign to keep discrimination legal.

The physical, emotional and psychological harm done by negrophobia is quantifiable as empirical fact. Structural racism -- in this context neighborhood segregation -- is directly correlated with police killings of unarmed black people. Other research reveals what psychologists and other mental health experts describe as "racial battle fatigue," which can causes high blood pressure, heart disease, anxiety disorders, depression and other negative health outcomes among black Americans and other nonwhites. Negrophobia is a public health crisis.

As Tasha Williams wrote recently in Yes! magazine, a recent study sponsored by the University of Pennsylvania, and "released just before the anniversaries of the deaths of Eric Garner (2014), Michael Brown (2014), John Crawford (2014), and Philando Castile (2016)," found that "police killings of unarmed Black Americans are having a population-level impact on the mental health of Black Americans."

There is an online awareness-raising campaign that asks white Americans to think first before they call the police on a black person because the outcome could be fatal. Will this stop white Americans from using the police as personal valets for enforcing white spaces and confronting imagined transgressions by black people? The answer is likely no.

Ultimately, if American society were a game, negrophobia would be its trump card.

Onetime cop says it's everywhere on the thin blue line: "It’s not a black thing or a white thing"