He gives Google a spin, doesn’t like what he finds and vows to "address the serious situation" 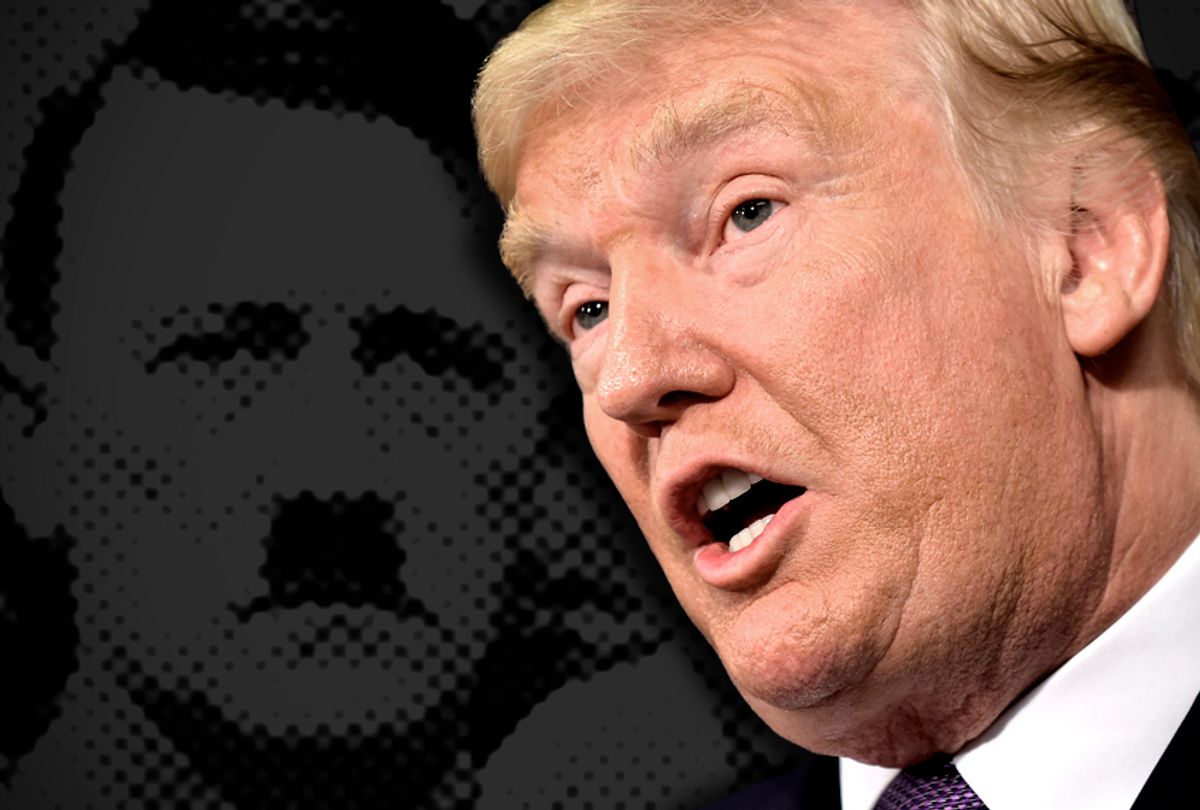 I was amused to hear yesterday that Trump thinks that typing “Trump news” into Google should call up search results that are flattering, or at least one in which his preferred websites are listed first.  Google search is rigged, he says.

Instead, that search calls up “news,” which by sheer numbers of reader choices and, say, news events that may or may not be positive to his sense of desired adulation. Try it, the search shows results from Fox News and Breitbart, as well as from The New York Times and The Washington Post.

Those search results today include news that the President of the United States thinks that the best way to find positive news about himself is to launch a Google search. It’s like complaining that the mirror in the White House residence reflects a 73-year-old guy with a bad haircut.

This is so silly a public issue as to be a waste of time, unless you stop and think that the President of the United States 1) is googling himself, and 2) seems willing to have policing of the content of the internet for self-promotion. Then, all of a sudden, ineffective search techniques at seeking information on the internet takes on all the coloring of censorship.

Just recently, the president denounced censorship – if it involved people, posters or publishers who are his supporters – even as he continues to denounced “fake news” and to threaten loosened libel laws, which happen to be state laws not federal.

Try to call up a news report that doesn’t reflect Trump – good, bad or just inept. You almost have to go out of your way to create phrases that don’t include the president. Of course, by calling up Red Sox news or even Yankees, things will probably work out – you’ll see listings about baseball (though the coverage may actually include games these teams lost) – but short of that, the President of the United States is bound to pop up.

“Google search results for ‘Trump News’ shows only the viewing/reporting of Fake News Media,” the president tweeted, “In other words, they have it RIGGED, for me & others, so that almost all stories & news is BAD. Fake CNN is prominent. Republican/Conservative & Fair Media is shut out,” he added. “Google & others are suppressing voices of Conservatives.”

Trump even sent Larry Kudlow, his economic adviser, out to tell reporters that the White House actually “will take a look” at some kind of regulations to address this obvious imbalance.

I trying entering “Schwadron News” in a search, and while our daughter’s artist website turned up early because she had recently updated it, there was a lot more about Harley Schwadron, an unrelated cartoonist than there was about me or anyone to whom I happen to be related. It took nine pages of results to unearth another unrelated Schwadron who is a Republican candidate for office in Missouri, an unrecognized Schwadron survivor in an obituary, or “The Legendary Maggid of Jerusalem, Harav Shalom Schwadron,” who we sometimes claim or not.

Trump may be onto something. These searches may be rigged not to reflect back to me what a nice man I am, good husband, father, brother, friend, trombone player, writer or most especially, grandfather of two smart grandchildren. It does bring up the fact that I was part of a reduction of staff at The New York Times five years ago, and some entries direct readers to these columns.

The point is that either you have to craft your search better or you need to alter your expectations about what happens with Google’s formulas for sifting through billions of pieces of information. You might try using first and last name in my case, or you might actually go to the sites that have the reports you actually are seeking.

Fix your search, Mr. President. Try “Trump successes” or “Trump making America great,” “Trump and jobs” or even “Trump and ms-13.” Still, be prepared for news stories and opinion that may appear in your search that point out that many of your self-proclaimed successes are not, upon closer examination.

For its part, Google issued a statement saying that its algorithms do not reflect political flavor.

Instead, an important factor here may be that lots of news organizations, you know, “fake news” producers, spend a ton of time and effort (and salaries) trying to understand how to take advantage of exactly those Google algorithms that stress uniqueness, timeliness, recent hits and lots of other such usage factors. I don’t know how much of this is going on at the politically conservative sites that Trump favors, but the domination of mainstream news outlets, including Fox, on the early pages of a Google search is no accident.

There also is the minor issue here of where people are getting their information, of course. Conservative talk radio dominates that sphere, but it is not clear that conservative news producers dominate in other media, even in social media, where bald opinion rules. Indeed, one big issue is that anything posted on social media about Trump may draw any number of comments across the political spectrum, making it difficult, if not impossible, to me at least, to determine whether a particular social media discussion is “positive” from the Trump perspective.

At the end of the day, I would hope that the president has more important things to do to represent all of us in government than to Google himself. But then I can always Google “Trump and narcissist.”