Ambassador Sergey Kislyak is at the center of a political storm over the U.S. administration's Moscow contacts 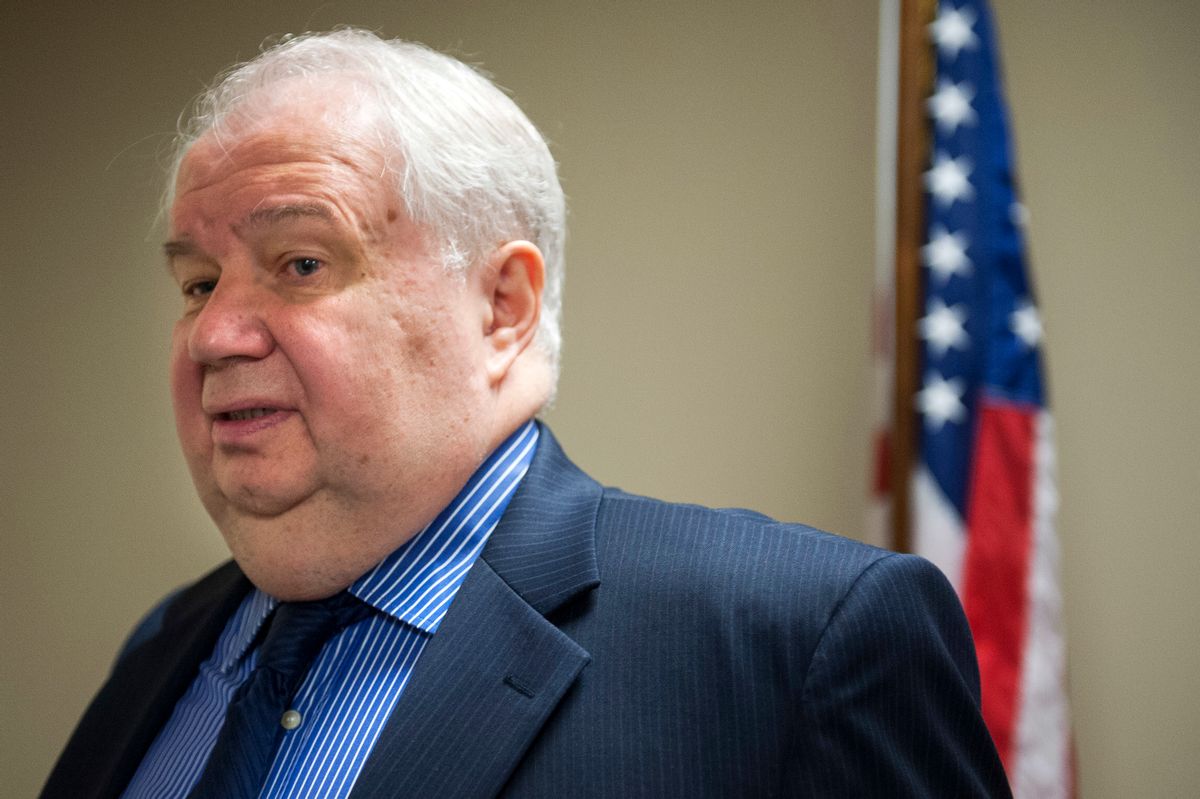 FILE- In this Sept. 6, 2013, file photo, Sergey Kislyak, Russia's ambassador to the U.S. speaks with reporters at the Center for the National Interest in Washington. Attorney General Jeff Sessions had two conversations with Kislyak during the presidential campaign season last year, contact likely to fuel calls for him to recuse himself from a Justice Department investigation into Russian interference in the election, the Justice Department said Wednesday, March 1, 2017. (AP Photo/Cliff Owen, File) (AP Photo/Cliff Owen, File)
--

Special counsel Robert Mueller and the FBI are investigating two suspicious financial transactions by the Russian embassy around the 2016 election and shortly after President Donald Trump’s inauguration.

Those transactions go along with other unusual financial activity involving the embassy — including a $29,000 wire transfer to “finance” the 2016 election, $325,000 in payments to the Russian Cultural Centre in Washington and $2.4 million paid to home-improvement companies controlled by a Russian immigrant, reported Buzzfeed News.

The first was a $120,000 payment to then-ambassador Sergey Kislyak that was twice as large as any he’d received in the previous two years, the website reported.

The check, which came 10 days after the 2016 election, was marked “payroll,” and Kislyak deposited the money into his Citibank account and then wired the money to his account in Russia in two $60,000 installments.

A Citibank relationship manager blocked that attempt to withdraw $150,000 in cash because he feared it was meant for Russians the U.S. had just expelled as punishment for the election interference.

Embassy officials refused to provide the bank official with the names of the Russians the payments were intended for, and they would not say why they needed the cash in the U.S. if the employees had already gone back to their home country.