Pence biographer: He "imagines he's one day closer" to becoming president because it's God's plan 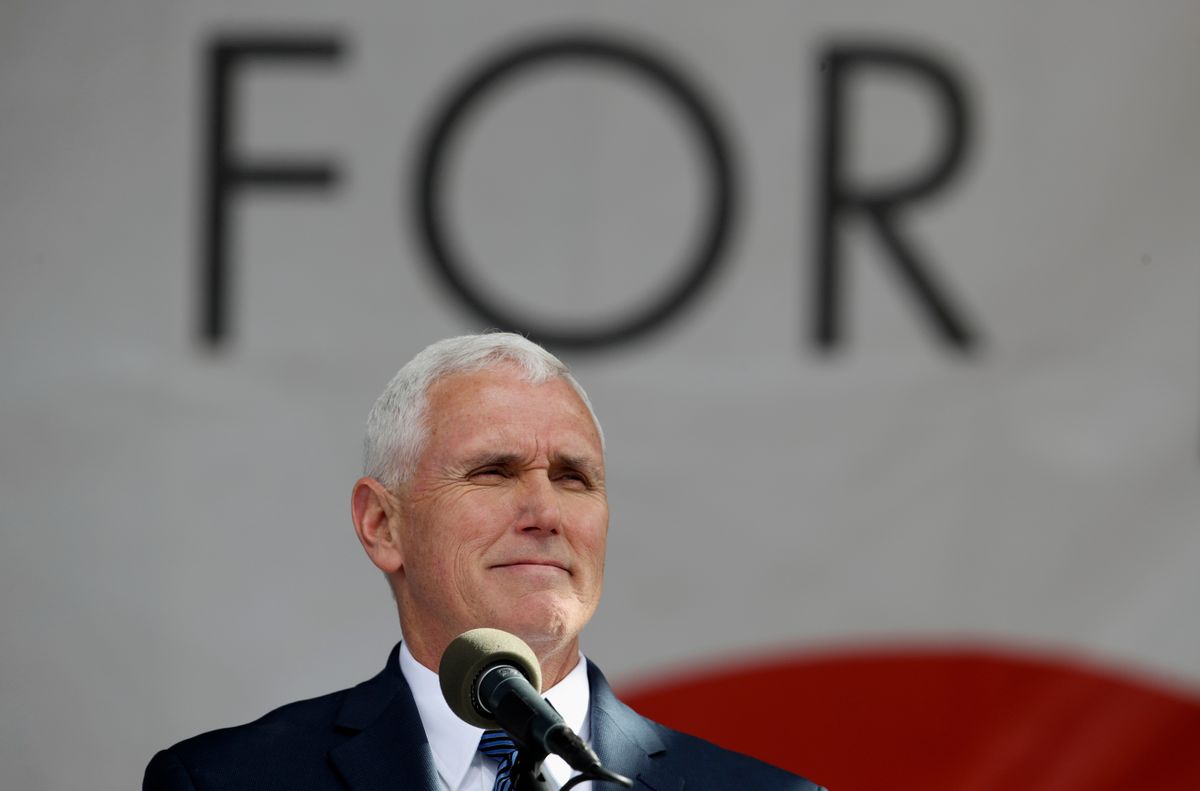 Trump biographer Michael D’Antonio told CNN on Tuesday that Vice President Mike Pence believes he has a divine mission to become president — and he thinks President Donald Trump’s plethora of scandals are his ticket to the Oval Office.

In an interview promoting his new book — “The Shadow President: The Truth About Mike Pence” — D’Antonio claimed that Pence is preparing himself to take over as president should Trump’s scandals consume the rest of his first term.

“Absolutely everything Mike Pence does is oriented toward him becoming president,” D’Antonio said. “His decision to accept Donald Trump’s offer to be his running mate — it even goes back much further. By the time he had left high school, he had decided that he was going to be president of the United States… He thought God was calling him to, now, be vice president and function as a president-in-waiting.”

D’Antonio then turned to Trump’s assorted scandals, which picked up even more steam last week with the conviction of former Trump campaign chairman Paul Manafort and the guilty plea of former Trump attorney Michael Cohen.

“We see Donald Trump in this huge crisis, this rolling chaos,” he said. “And I think, with every day, Mike Pence imagines he’s one day closer to the Oval Office.”

CNN’s John Berman then asked D’Antonio if Pence is maneuvering to get to the Oval Office at Trump’s expense.

“Oh, I think yes,” he replied. “I think he’s positioning himself to be the normal guy — the guy you can trust.”