This slim, speedy charger powers all your devices overseas 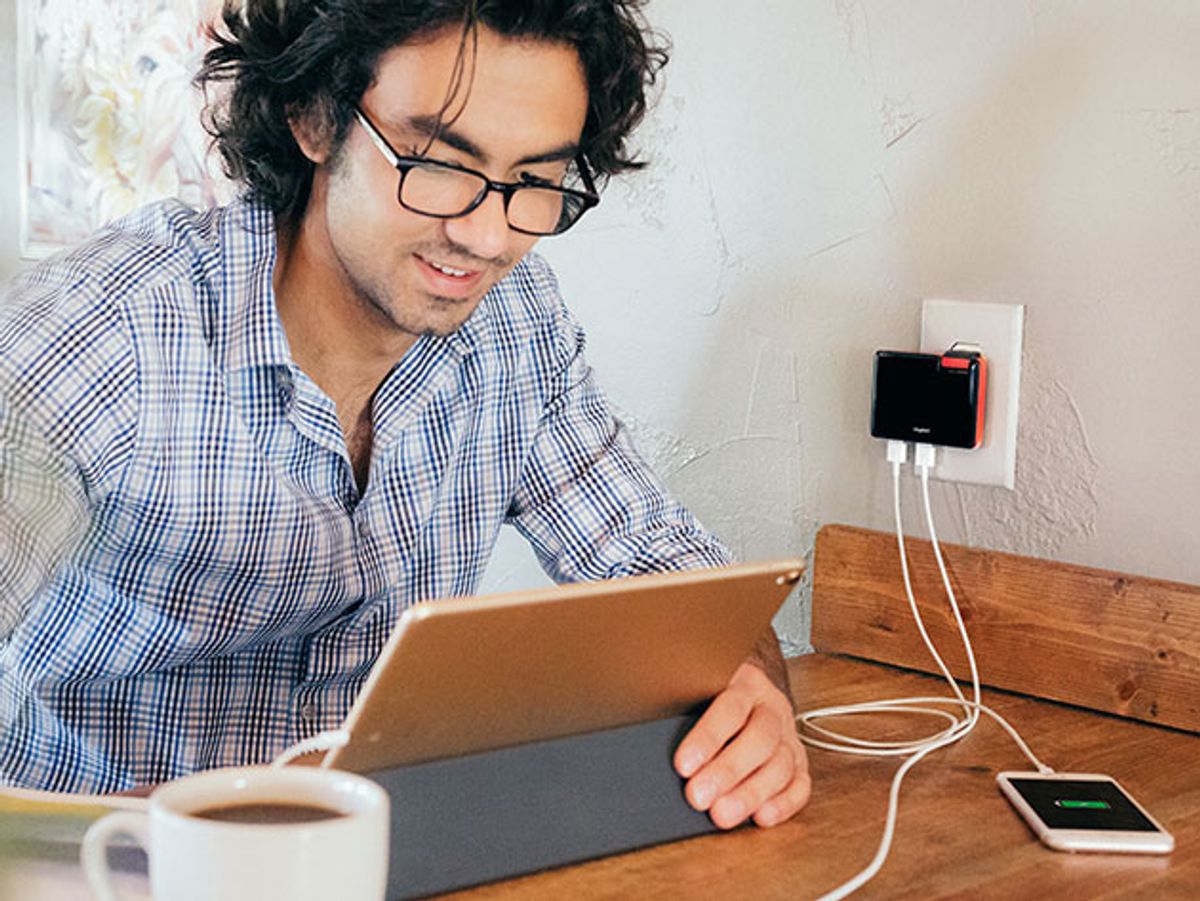 Traveling overseas and learning about new cultures is one of the best things you can do to broaden your horizons and understand the world around you. When you’re taking in new sights, chowing down on delicious foreign food, or getting to know fresh faces, the last thing you’ll want to worry about is your phone’s battery level. Bringing multiple chargers for tablets, laptops and cell phones can bulk up your bag, and you’re more likely to lose one of them than if you had a single charger for all of your devices. The VogDUO Triple-USB Travel Wall Charger is a compact solution for keeping your phone ready to go while you’re on the road.

VogDUO’s charger is the world’s thinnest three-port wall charger. It can take on any USB device that comes its way, and its half-inch width and 270-degree swivel plug mean that it’ll fit into even the most crowded power strips. You’ll also charge faster than ever with its 30 watts of power, and universal support for 100 to 240 volts makes it compatible in almost any country in the world. Protections against overheating, overvoltage and overcurrents will keep your cell phone running like new, too.