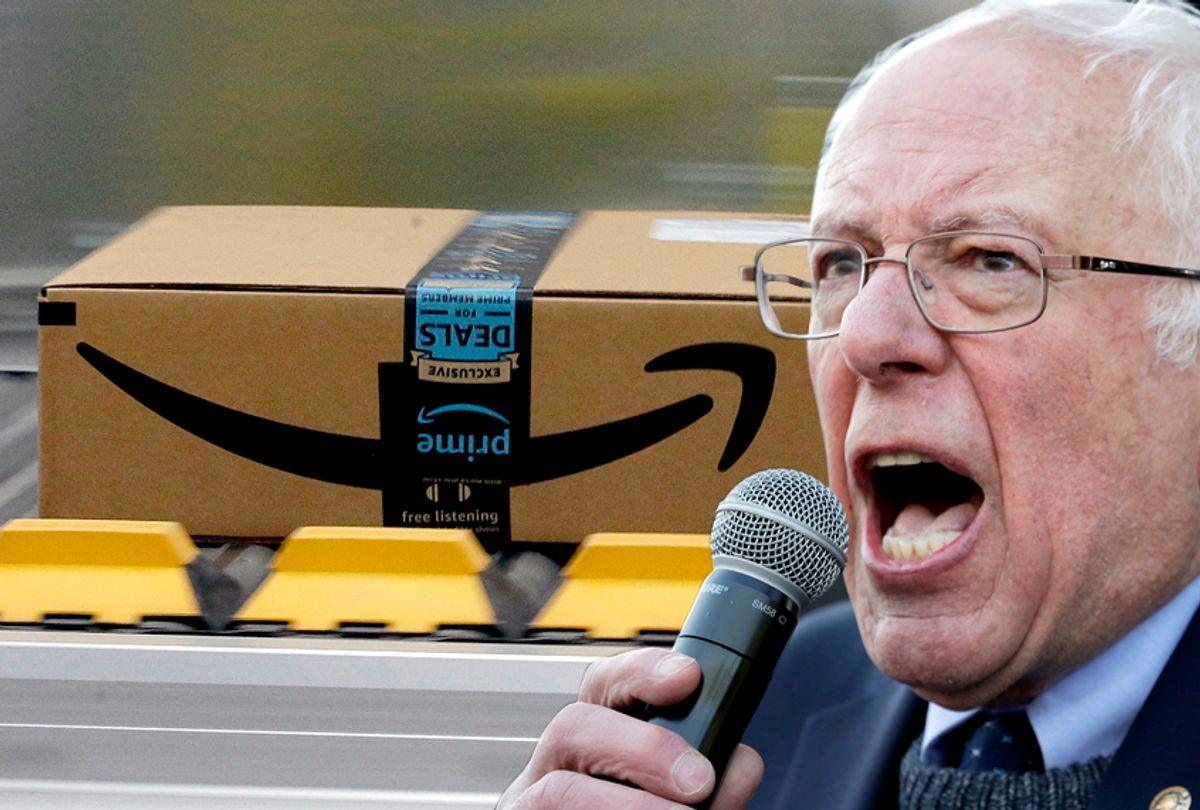 Amazon defended itself against criticism from Senator Bernie Sanders, slamming his continued allegations of inadequate worker conditions in its fulfillment centers as both "inaccurate and misleading."

In an unusual move, the company said in a blog post, "We have been in regular contact with his office and have offered several opportunities for Senator Sanders and his team to tour one of our fulfillment centers. To date he has still not seen an FC for himself."

"While Senator Sanders plays politics and makes misleading accusations, we are expending real money and effort upskilling people," Amazon said in the blog post. "No one knows what it's like to work in one of our fulfillment centers better than the skilled and dedicated people who do it every day. That's why we are encouraging all employees to take Senator Sanders up on his request and respond with their actual experience."

Sanders has repeatedly spoken out about Amazon's employment practices on Twitter and in public statements, alleging that the e-commerce giant has not paid its lower-level employees fair salaries as its founder and CEO Jeff Bezos has amassed unparalleled wealth, making him the richest person in modern history. Sanders even encouraged the e-commerce giant's employees to come forward with their stories in a form that asks, "Have you used public assistance, such as food stamps, Medicaid or subsidized housing, in order to make ends meet? Did you struggle with the demanding working conditions at Amazon?"

Sanders, in a statement sent to CNBC, doubled down on his claims that Amazon workers are forced to rely on government programs, such as food stamps, Medicaid and public housing because their wages are too low. Amazon, he said, "has been less than forthcoming with information about their employment practices."

The independent senator from Vermont also pointed fingers at Bezos and shared what he said are stories from former and current Amazon workers about low wages and indecent working conditions.

"Bottom line: The taxpayers of this country should not have to subsidize employees at a company owned by Mr. Bezos, who is worth $155 billion," Sanders said. "That is absurd."

The e-retailer has also come under scrutiny from President Donald Trump, who has criticized the company and its CEO Jeff Bezos, who also owns the Washington Post. Trump has attacked Amazon for how the company pays taxes and for its relationship with the U.S. Postal Service.

Given Trump's tendency to keep grudges, Trump's Amazon vendetta may be motivated by a desire to seek vengeance against Bezos for the sin of owning a media outlet he detests."

. . . It's no secret Trump despises the news media, as he's long used the epithet 'fake news' to discredit news outlets, including The Washington Post. Trump has even used the hashtag #AmazonWashingtonPost when referring to the news outlet on Twitter.

. . . Trump has governed with a broad deregulationist agenda, and the thought that he might selectively use the government's power to harangue and perturb corporations that he has a vendetta against would erode the egalitarian promise of the justice system. Moreover, Trump's frequent attacks on the news media have done irreparable damage to America's democracy, while his "fake news" slur has had international political repercussions — and not good ones.