"Star Wars" actor Mark Hamill is a true hero to one bullied child: "You can be a Jedi in real life"

Ten-year-old Aiden Vazquez refused to engage in a fight at school, because he said doing so was" not the Jedi way" 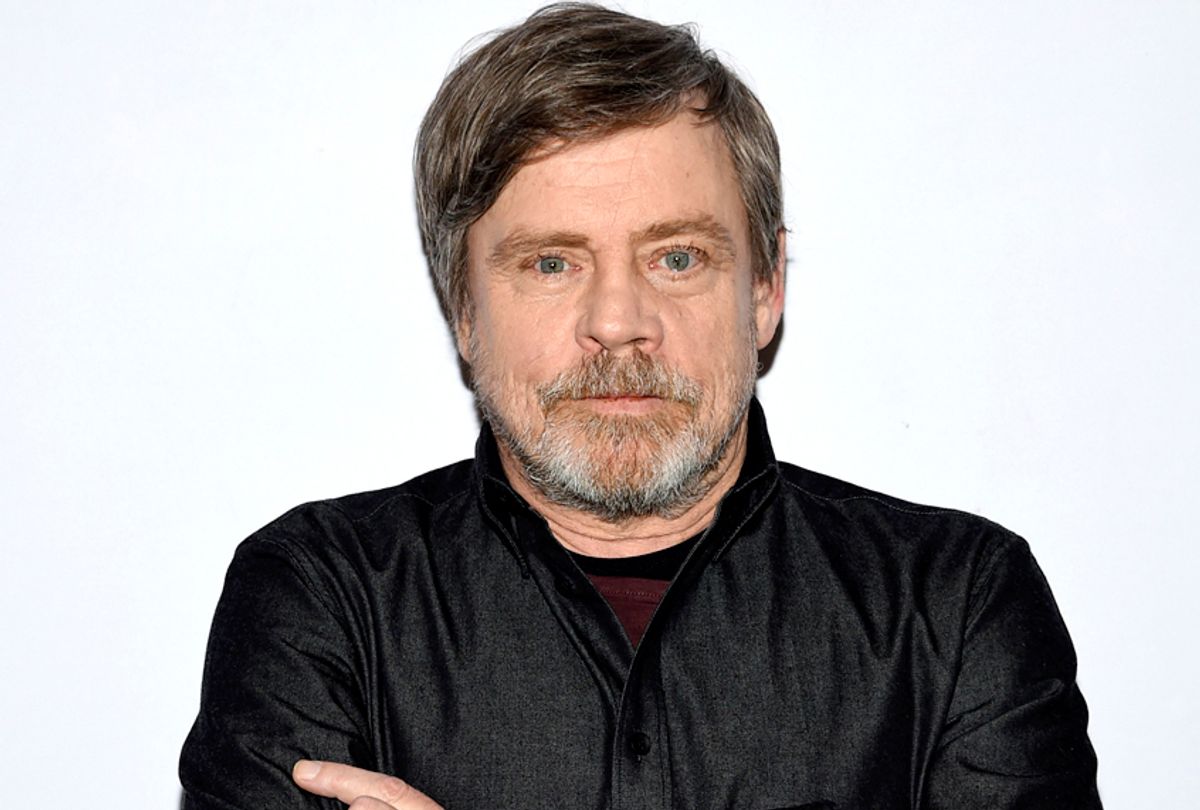 Mark Hamill, the lightsaber-wielding hero of "Star Wars" movies from 1977's "A New Hope" to last year's controversial "The Last Jedi," just proved that he is a real-life hero, as well as an actor who plays a fictional one.

Hamill's mensch moment came when he heard about a 10-year-old boy named Aiden Vazquez, a fifth grader from California who on Monday was bullied by a group of kids who called him names, stole his backpack and punched him in the face so hard that he had a black eye and required stitches near one of his eyebrows, according to the NBC affiliate KMIR.

When asked by the station why he did not fight back, Vazquez explained: "I told my mom, I got it from Star Wars – that it’s not the Jedi way."

Hamill took to Twitter to express his support for the bullying victim.

"SHOUT OUT to Aiden Vazquez for his courage & wisdom in the face of adversity. I'm so proud of you for showing that you can be a Jedi in real life. Congratulations, Aiden- The Force will be with YOU... Always!!! Your fan, mh," the actor wrote on Twitter, sharing a link to the article.

Vazquez's mother, Lizette Casanova, is outraged at the fact that her son is being bullied.

READ MORE: The "Sharp Objects" finale and the danger of white womens' tears

The outraged mother also posted on Facebook that this was the third year her son has been bullied.

"Now we're making hospital visits and I'M PRESSING CHARGES," she wrote. "Last year he had to get stitches on his face from getting 'pushed,' losing his breath on the playground for getting thrown down! IM DONE POLICE INVOLVED NOW CALLING OUT PSUSD WHAT ARE THEY DOING ABOUT BULLYING!!!!!"

The principle at Two Bunch Palms Elementary told KMIR that "there are times when what is posted does not convey the complete story and can cause multiple rumors to circulate."

Meanwhile, Deputy Chief Jim Henson of the Desert Hot Springs Police Department told KMIR that they will turn their findings over to the Riverside County District Attorney's Office, arguing that "it could be informal probation, something along those lines. Obviously the juvenile justice system is a little bit different from the adult system. They are looking at way to prevent these things from happening, where the adult system is more as far as punishment."

A look at growing up with autism on Sesame Street.