The Venice Film Festival, toxic masculinity and the resistance to full equality in the film industry 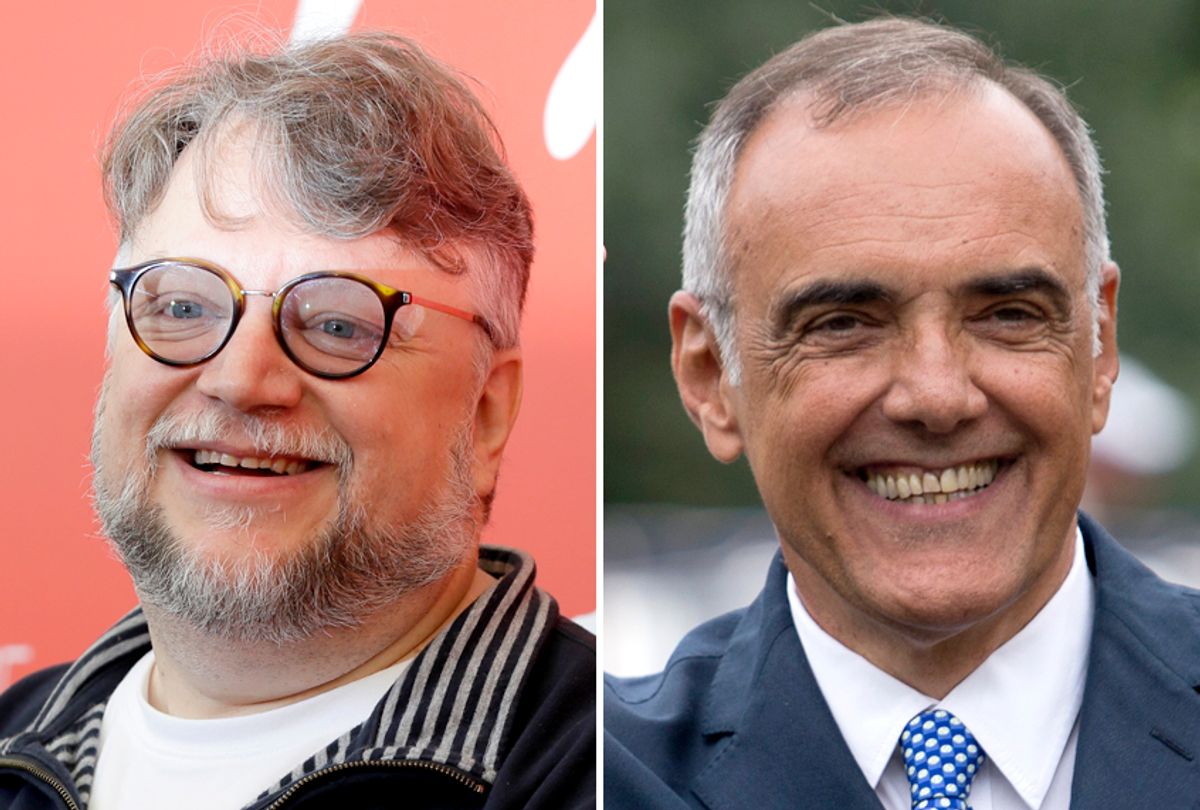 Programmers behind the 75th Venice Film Festival have faced serious backlash for including only one film directed by a woman out of the 21 competing for the competition's top prize. It is the second year in a row that just one women-directed film was part of the prestigious festival's lineup, according to Agence France Presse.

Jury president Guillermo del Toro, whose film "The Shape of Water" won the Academy Award for best picture this year, condemned the gender disparities at the festival on its opening day. "I think that the goal has to be clear, and has to remain 50/50 by 2020," he said. "If it’s 50/50 by 2019, better. It’s a real problem we have in the culture in general."

Del Toro added that the work must go beyond sweepingly increasing the number of women-directed films in the festival. "It’s not a matter of establishing a quota," he said. "It’s extremely important to call it out, and to question it and to name it and to make it known. I think that is necessary, because for many decades, if not centuries, it has not been called. It’s not a controversy – it’s a real problem – and it needs to be solved in every one of our pertinent departments with strength and resolve."

Del Toro's demands of the film industry diverge substantially from Venice's artistic director Alberto Barbera, who told the Hollywood Reporter he would "rather quit" than implement gender parity measures.

Barbera was likely referring to the equality charter launched at Cannes Film Festival in May to improve transparency and gender equality. It pledges that Cannes would document the gender of both the cast and crew for all of the films submitted to the festival, publicize selection committee members and commit to eliminate the gender disparity on Cannes' board. However, the charter does not call for a gender parity quota in terms of directors.

Like Venice's festival, Cannes has come under fire for a lack of equality. "Only three of the 21 films in the running for this year’s Palme d’Or were directed by women, while Jane Campion for her 1993 film 'The Piano' remains the only woman to have won the Palme," the Guardian reported.

While Barbera has been willing to acknowledge that women are underrepresented in filmmaking, he does not see it as Venice's responsibility to combat the issue. "Venice can’t do anything about that," Barbera told the Hollywood Reporter. "It’s not up to us to change the situation."

In the days leading up to the festival, European women filmmakers have called out the artistic director for his "toxic masculinity," according to AFP. "Sorry, but we don't buy this anymore," the European Women's Audiovisual Network wrote in an open letter earlier this month. "When Alberto Barbera threatens to quit, he is perpetuating the notion that selecting films by female filmmakers involves lowering standards."

A group of European women's organizations sent the open letter on August 10 to Paolo Baratta, the president of the Venice Biennale, Venice Film Festival’s parent company. In it, the women urged Venice to adopt equality pledges like Cannes and Locarno, to demonstrate a commitment to transparency in festival submissions and move towards gender parity on the film festival's selection committee and board.

"Any major film festival today that has such skewed gender ratios is part of the problem – not part of the solution. Their choices serve to reinforce the status quo. And, as a result, their programs reflect a narrow and specific definition of 'greatness' in filmmaking," Dr. Martha M. Lauzen, executive director of the Center for the Study of Women in Television and Film at San Diego State University told THR in response to Barbera's comments. "Ultimately, this type of gendered tunnel vision impoverishes the universe of films that most of us see, read about and talk about."

While much of Hollywood and the international film industry has at least attempted to address inequality and workplace safety in the era of #MeToo, Barbera has been especially resistant. Aside from sidestepping all accountability when it comes to representation at the Venice Film Festival — whose platform has only grown as it has become an unofficial Oscar launch pad — Barbera also came under fire for inviting disgraced Hollywood director James Toback to premiere his film, "The Private Life of a Modern Woman" last year for an out-of-competition slot when sexual harassment, abuse and assault allegations against him were well-known in the film community and in the media.

"I don't have any second thoughts. I’m not in a position to judge, to decide if James Toback’s behavior was good or bad. I’m not a judge. I’m not a lawyer. I’m a festival director. I knew Mr. Toback. I invited him," Barbera said, reflecting on the decision, according to THR. "We’ll see if the tribunal decides if the accusations are true, and if they’re true, he’ll sit in jail, probably. If not, then there’s nothing against him – so we’ll see."

Barbera invited another alleged abuser this year, photographer Bruce Weber, who was dropped by Conde Nast after 15 male models accused him of subjecting them to unnecessary nudity and coercive sexual behavior, to screen his film, "Nice Girls Don't Stay for Breakfast," in the Classics Documentary section. Weber also denies the allegations before him.

For many, it is at least a glimmer of hope to watch del Toro and other major players urge industry reform in addition to taking measures themselves. "I’m producing five movies right now – three of them for female directors, two of them first time directors," he said at Venice. "You have to make the effort . . . This is not a gesture – it's a need."

Burke speaks on the need to interrupt sexual violence.