Eminem is back with "Kamikaze," a surprise album for his day-one fans

Eminem claims he "tried not 2 overthink this 1," and the result is very different from his last album 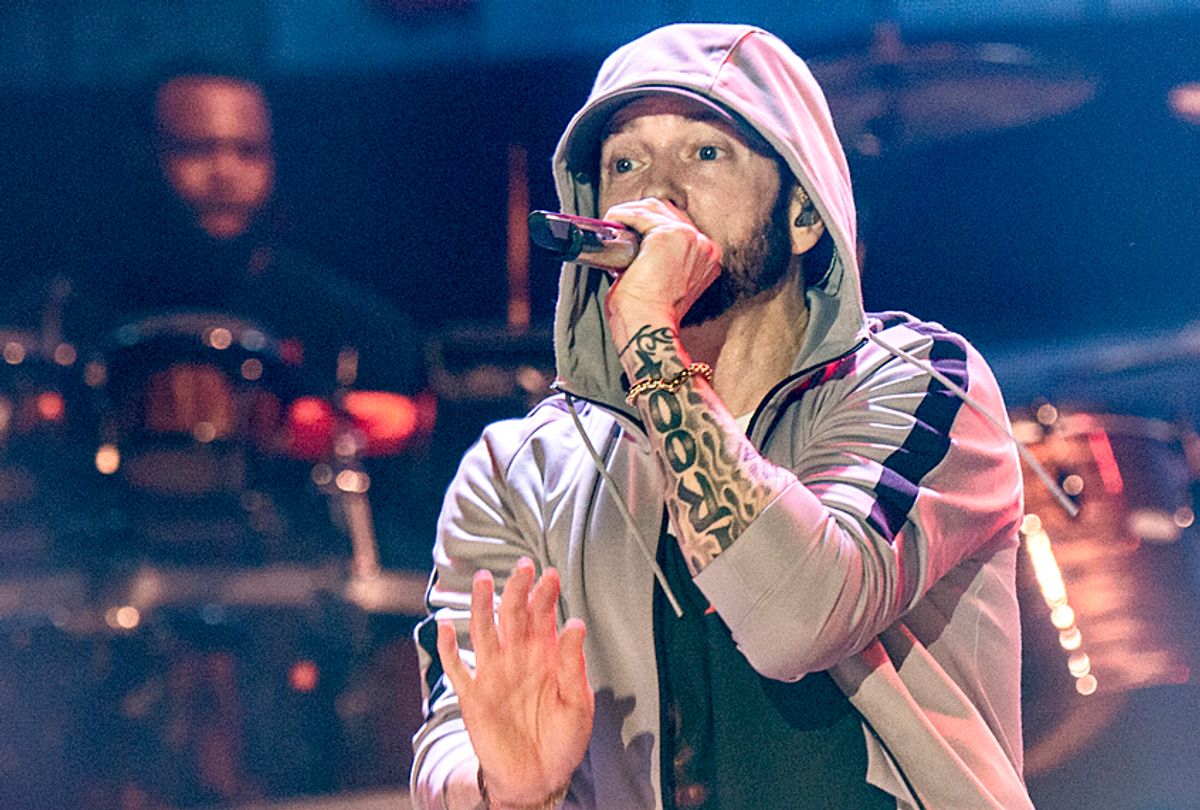 Marshall Mathers AKA Eminem AKA the most controversial rapper in hip hop dropped a surprise album, "Kamikaze," last night. It's definitely a must-listen.

“Tried not 2 overthink this 1 … enjoy,”he tweeted, announcing the release.

The tweet references "Revival," his last studio album which received lackluster reviews, even though it was flooded with features from megastars like Beyoncé, Ed Sheeran and Kehlani. Here are some examples of its reception:

“Eminem hits clunker after clunker on “Revival,” his clumsiest record to date. It’s not just the corny jokes and goofy puns, either, although those are plenty bad. The production — by Rick Rubin, Alex Da Kid and others, including Eminem himself — is just as ungainly, with turgid rock guitars and dreary mid-tempo grooves that make this 19-track set feel even longer and more punishing than it is.” — Mikael Wood / LA Times

“Eminem has made the worst album of his career with Revival. It’s a well-intended, tragically haphazard mess.” — Chase McMullen / The 405

"Kamikaze" is the 42-year-old rapper's tenth studio album. As a fan, student and product of the culture, watching hip hop grow up has been funny, scary and painful. I remember when being a 40-year-old rapper was an insult. Now we see our middle-aged rappers enjoying the new luxury of aging fans that bless them with the ability to exist outside of industry standards, and I think that’s the biggest difference between "Kamikaze" and his last effort. Though I thought "Revival" was good, as I admittedly enjoy most of Em’s work, it still sounded like a studio album, whereas "Kamikaze" is pure hip hop. It’s a project for the rapper’s day-one fans.

On the opening track "Ringer," he gives a quick follow up to his Trump freestyle from last year, calling the president Agent Orange and rapping, “sent the Secret Service to meet in person / To see if I really think of hurtin’ him / Or ask if I’m linked to terrorists.” In addition to dissing Trump, he threw shots at Vice President Mike Pence and the new wave of tatted-poppy- cartoon rappers, including Lil Xan, Lil Yachty and Lil Pump. (No, they are not a group).

The 13-track album, produced by Dr. Dre, also includes features from Nicki Minaj, Royce Da 5'9", and Joyner Lucas, who frequently draws Eminem comparisons because of his cadence and storytelling ability (their song "Lucky You" is amazing). Eminem also gets personal on the track :Stepping Stone,: addressing the death of his longtime friend and fellow D12 member Proof:

We were so bulletproof—wrote, souped and soaked in our youth
Thought we was runnin' shit 'til we lost the sole of our shoe
The death of Doody broke us in two
We were thrown for a loop, ain't none of us know what to do

Eminem comes off hard on every "Kamikaze" track, his tangled flow as mesmerizing as ever. If you love old school Em, you’re in for a treat. New fans can learn a lot as well, but I will say that the album deserves at least two or three listens, because he’s dropping heavy content at lighting speed and some of the bars can easily go over your head on the first pass. I’m on my fourth listen and still discovering new metaphors and double entendres.

If you are a fan of the art, I highly recommend.

"The Miseducation of Lauryn Hill" turns 20