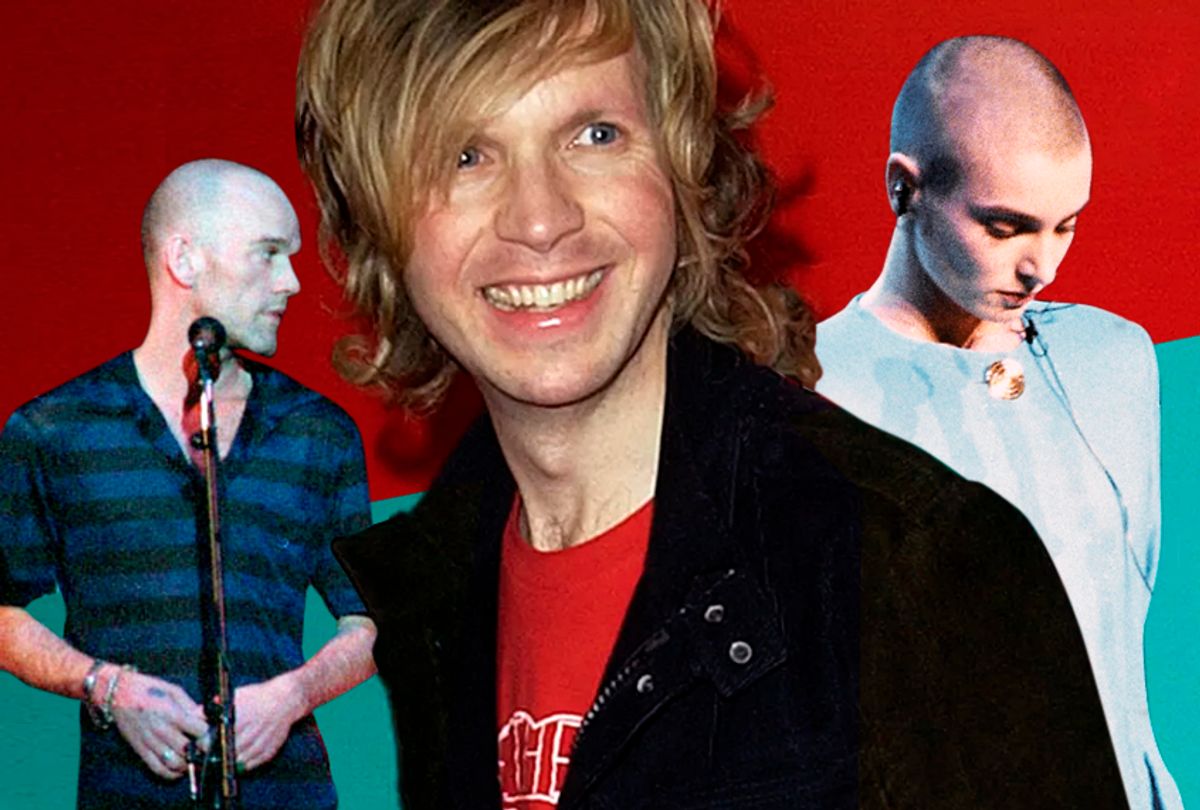 In the September 10, 1988 issue of Billboard, the magazine debuted a new chart: the Modern Rock Tracks chart. An article about the addition noted that the chart was compiled by 29 "influential radio stations" in the burgeoning alternative genre: 18 commercial stations — the latter category including L.A.'s still-influential KROQ — and 11 college stations.

Throughout the decades, this modern music chart has reflected ephemeral trends and cultural revolutions alike, along with moments where the space-time continuum warped and let weirdness through. After all, it's still a marvel that Butthole Surfers had any semblance of a mainstream hit, e.g., the No. 1 modern rock hit "Pepper." The current chart keeps this eclectic spirit alive, courtesy of Twenty One Pilots, Panic! at the Disco, Death Cab for Cutie, and even Weezer, thanks to their "Africa" cover.

To celebrate the 30th anniversary of the chart—which now goes by Alternative Songs—here are 15 No. 1 hits that have endured.

The Replacements' later output can be polarizing, since it tends to be more polished than early work. Still, it's wise not to sleep on 1989's "Don't Tell A Soul," which features perfect Westerbergian pop gems such as "I'll Be You." When the frontman's voice strains with desperation on the lines, "A dream too tired to get to/Left a rebel without a clue/Won't you tell me what I should do?" the vulnerability is deeply moving.

Before "Love Shack" hit it big, the B-52s had another popular tune, at least on the Modern Rock Tracks chart: the Don Was-produced pop stomp "Channel Z." Taken from the band's blockbuster "Cosmic Thing," the song uses references to a staticky radio station as a way to talk about ripping things up and starting again. "I want the world to change for me," Cindy Wilson sings, before she and Kate Pierson join forces for the kicker: "Gotta get away, away from Z!"

"The Emperor's New Clothes" is a stunning and brutally honest exploration of someone working through how to juggle new motherhood, a cagey significant other and career pressures. "How could I possibly know what I want/When I was only twenty-one?" O'Connor pleads, a hint of exasperation in her voice. "And there's millions of people/To offer advice and say how I should be." Grinding electric guitars and slashing drums merely underline her ferocity.

Electronic was a modern rock supergroup representing the union of New Order's Bernard Sumner and Smiths guitarist Johnny Marr. The duo's brief output was highlighted by "Get the Message," a midtempo electro-rock groove with gently undulating beats, chiming Marr guitars and a "Gimme Shelter"-esque vocal harmony near the end from then Primal Scream singer Denise Smith.

The Psychedelic Furs' late '80s and early '90s albums are detours from both their lacquered synth-pop efforts and dark post-punk era, which wasn't a bad thing—especially because it led to heavenly hits such as "Until She Comes," a hazy, keyboard-swirled dream-pop number dripping with nostalgia and an unspecified emotional ache.

In the early '90s, New England was a hotbed for fiercely original bands, including and especially the post-shoegaze rock act Belly, whose "Feed the Tree" boasts crunchy guitar roars and sugar-rimmed melodies. Frontwoman Tanya Donelly is cool, calm and collected as she sings, "Take your hat off, boy, when you're talking to me/And be there when I feed the tree," but there's no mistaking that the hat-wearer better listen — or else.

In 1994, R.E.M. announced its loudest and most plugged-in album yet with the buzzsawing psychedelic blur "What's The Frequency, Kenneth?" The title refers to a bizarre 1986 incident in which Dan Rather was beaten by strangers, although the song itself is a dense look at generational differences via the lens of youth culture. ("You said that irony was the shackles of youth," "You wore a shirt of violent green").

For Tori Amos, religion and desire were inextricably intertwined on "God," a provocative song about the relationship between faith and the experience of being a woman: "God, sometimes you don't come through/Do you need a woman to look after you?" Feral, animal-like programming effects and creaks cloak her lively piano and a sinewy vocal performance.

Some people scoff at the late-'90s ska revival, but those people would be wrong, especially in the case of the Mighty Mighty Bosstones' major hit "The Impression That I Get." It's a gleeful, horn-drenched, ska-punk song centered on a narrator who feels lucky — after all, they've "never had to knock on wood" — but is starting to ponder mortality.

Co-written by Billy Corgan, "Celebrity Skin" mostly shed Hole's grunge affectations—the loud-quiet-loud dynamic remained—in favor of stinging hard rock indebted to power-pop and classic rock alike. Appropriately, the tune examines the dark side of fame, and the unexpected downside of actually getting what you want: "You better watch out/What you wish for/It better be worth it/So much to die for."

Cake was one of the quirkiest bands of the '90s, but never let shtick get in the way of great songwriting. Case in point: The lovelorn shimmy "Never There," whose monotone expressions of longing ("I need your arms around me, I need to feel your touch") are elevated due to a funky bass line, mournful trumpet, marching band-precise rhythms, and animated exhortations.

This sonic smorgasbord finds Beck smashing together all sorts of genres—grungy indie-folk, dance grooves, grimy funk, smooth electro-soul—and unfurling some of his usual cryptic (but weirdly profound) wordplay. To wit—the lines "Snakes invoked at the back of your room/Handing out a confection of venom."

Trent Reznor's love of new wave synth-pop collides with Nine Inch Nails' harsher industrial edge on "Only." Insistent disco-punk beats underline airy synthesizers and clashing guitars, which tussle throughout the song with varying degrees of aggression. Reznor speak-sings lyrics lined with hopelessness and isolation ("Less concerned about fitting into the world—your world, that is"), although his frustration boils over by the end: "There is no you, there is only me / There is no fucking you, there is only me."

The Killers' first album, "Hot Fuss," remains an alternative music classic—but the band's subsequent work, including the 2006 gem "When You Were Young," deserves some critical shine as well. A muscular, Springsteen-via-'80s-pop surge, it's a nostalgic and earnest look at the illusion of perfect love—and the perils of viewing someone as salvation.

"Royals" was a revelation upon its release, an ascetic pop song built around crisp snaps, intricate vocal arrangements and minimal keyboards, all anchored by Lorde's worldly vocals. The song's theme — a sharp assessment of class differences and aspirational wealth—is even more impressive: "My friends and I, we've cracked the code/We count our dollars on the train to the party/And everyone who knows us knows that we're fine with this."

Daniel Kessler of Interpol on recording "Marauder" to tape