The San Antonio cocktail that helped me see myself clearly

The pause I needed in the San Antonio heat 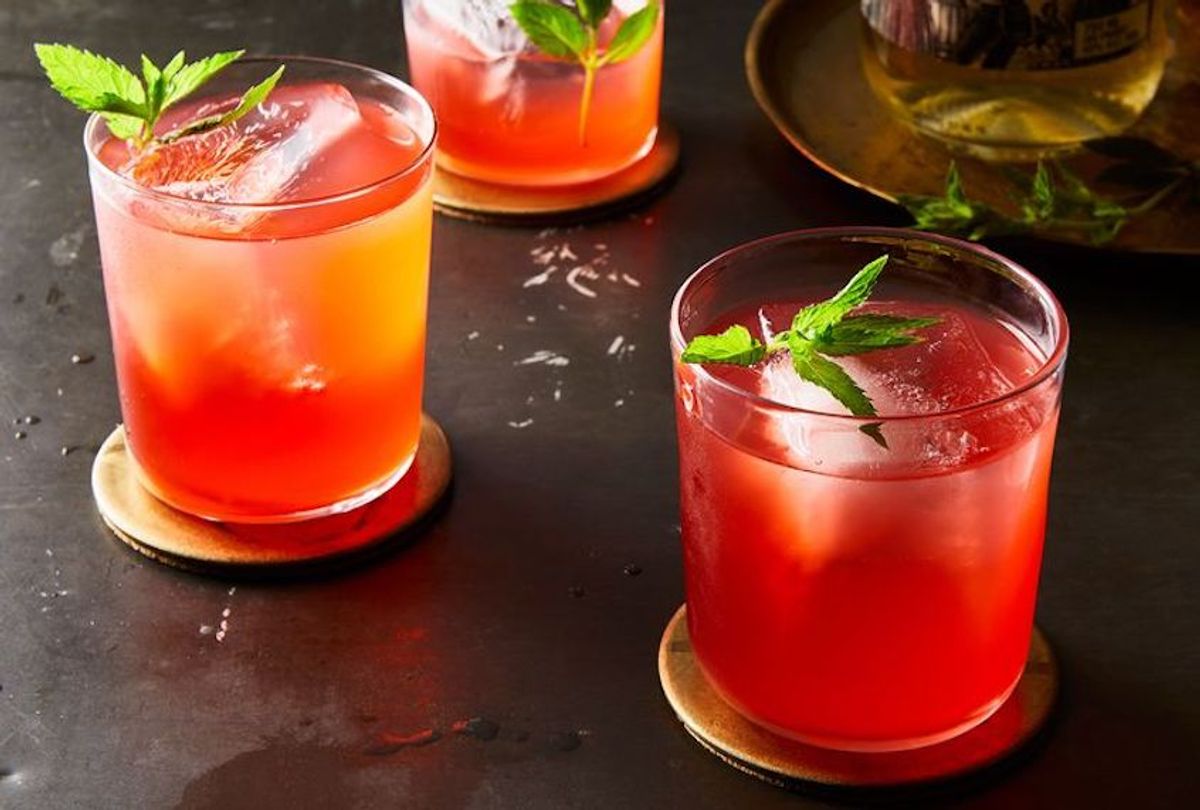 I'm at the point in my life where, 95 percent of the time, if I shop for an outfit or buy an airplane ticket, it's for a wedding. In May, I went to a wedding in San Antonio without an outfit, due to a poorly-timed realization that none of my old formalwear fit me properly. I interpreted that as the physical manifestation of a deeper anxiety I'd been feeling: that I no longer fit in properly with my college friends.

In the five years since we'd graduated college, we'd all moved to different parts of the country. Despite that, we had been good about keeping in touch, via the occasional visit and the frequent buzzes in our group chat, the kind whose title changes every time a new inside joke forms. All of them but me had been in serious relationships for most of that time, and this felt like a big deal to me. Callous as it sounds, I found I couldn't relate to them because of that—or rather, I was so nervous that they would no longer relate to me, that I had to distance myself first.

A year before my friend's San Antonio wedding, we'd planned a reunion at Zion National Park. I had never been hiking before in my life, so when we trudged through the Mars-like canyons, waist-deep in water, I legitimately thought I was going to die. I felt bad that I was slowing my friends down, that they were all trying to get ahead, laugh and joke and enjoy the otherworldly scenery together, and were being held back by my city-slicker, so-not-down-to-earth self—another one of those physical manifestations of my anxiety about the situation. The group chat carried on as normal after that trip, as many good vibrations as ever, but I barely contributed a word. Individually, some of these relationships survived; but as a group, my friends just seemed better off without me.

The wedding happened and it was perfect—perfect enough that it didn't leave me much space to feel anxious about myself or my relationships. I was just too busy getting cozy in the peripheral joy that seemed to emanate from the couple like sunlight. I met a lot of new people, reconnected with folks I hadn't seen in a while, and got to know the boyfriends of my friends a little better.

So the next day, when the wedding festivities were over and all that was left to do was relax in the Airbnb with my friends, with nothing to distract us from one another's company, I bolted. I was the slightest bit worried that my friends would be insulted, that I was squandering away our precious time together, but I ignored it—after all, if I'd stayed, I'd be worried that they were just barely tolerating my presence. It was a lose-lose. 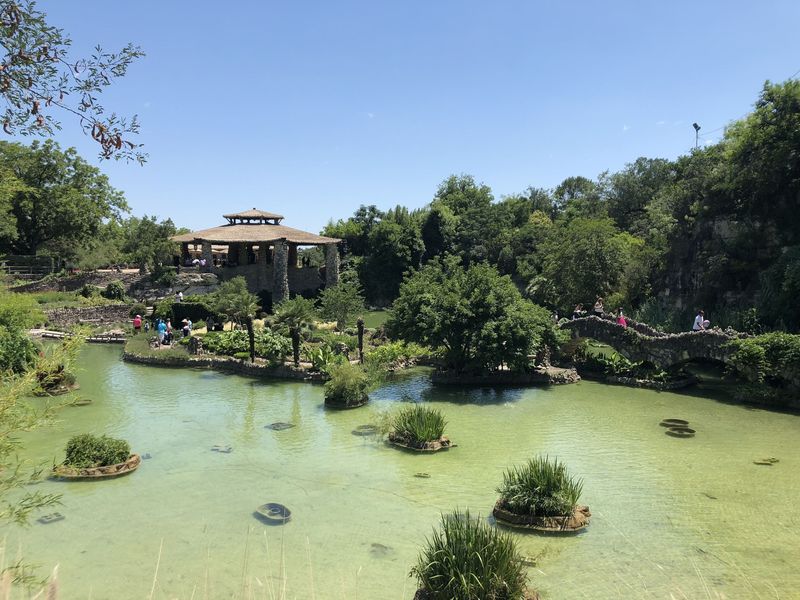 Lucky for me, I adore solo travel, and I liked what I'd seen (and eaten) of San Antonio so far, from the mod-cool Hotel Emma to the wood-roasted coffee at Summermoon Coffee Bar, which was sweetened with condensed milk, not to mention the plethora of FANTASTIC breakfast tacos and doughnuts and barbecue that only two Texas–raised families could provide at their festivities. After a walk through the Japanese Tea Garden, which was filled with students and their families celebrating graduations with shiny streamers and balloons yet still peaceful, I took a taxi and ended up in Brooklyn (Avenue), which bisects the San Antonio River.

I'd heard from many a wedding guest that the Riverwalk was crowded and touristy, not worth braving the 90° F heat for while wearing all black (which of course I did because I've lived in New York for too long). But this part of the river was far from that; it seemed almost rural in its seclusion. 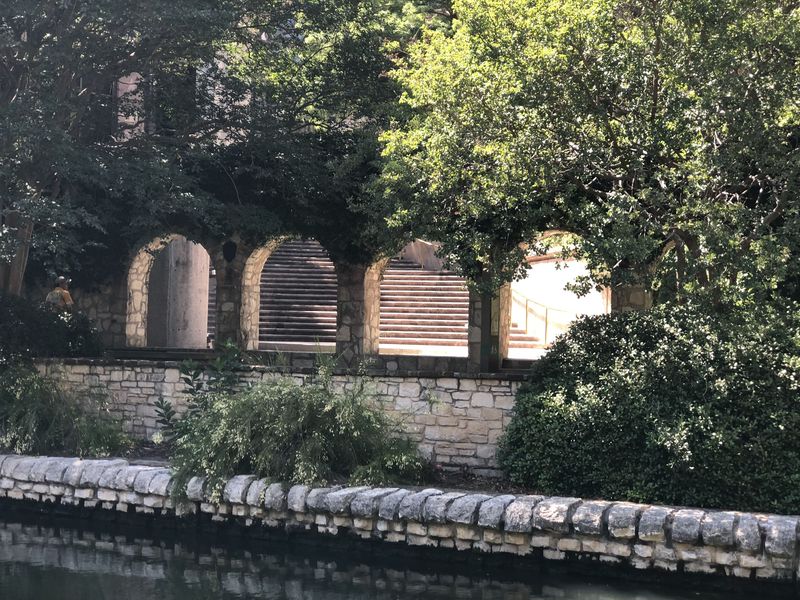 Does this Riverwalk look touristy to you?! Photo by Nikkitha Bakshani[/caption]

As I headed toward The Alamo, my next destination, I noticed more and more colorful riverboats cross me, and read more and more plaques about the history of that particular location—like how, before one bridge, kids had to walk several miles (in that heat!!) just to get to the school right across the river. I walked by Esquire Tavern, a two-story structure with a small but perfect patio, to a busier part of the Riverwalk, and then walked right back, deciding I needed an air-conditioned room and fast, picturesque as that patio was.

I was greeted by live music, tufted leather sofas, and the longest wooden bar top in Texas (over 100 feet wide). I sat in a booth, taxidermied bison head hovering over me, and ordered deviled eggs. Since Esquire Tavern got a James Beard nomination for the Best Bar in America, I figured I'd be remiss if I didn't get a drink, so I ordered one called the Desert Bird. It had pineapple and Campari in it, and something called "bacanora," an agave-based liquor from Sonora, Mexico, that's a way less smoky version of mezcal, but not so absent of smoke that it tastes like tequila.Nursing this drink, with its push-and-pull of sweet and bitter, put so much into perspective. I sort of, in a laughably quixotic way, felt like a Desert Bird myself, like the more elegant version of a lone shark.

I realized that I no longer cared about a "friend group"—I only cared about my friends as individuals, however different they are now than when we used to fight to find a table that would fit all five of us on Chicken Finger Friday at the dining hall. I was different now, too, and I didn't hate the person I'd become—a vastly more independent, less people-pleasing version of the girl I used to be, one who might spend an afternoon being uncomfortable around people instead of just doing what felt right. If I could do Zion again, for instance, I'd have admitted how terrified I was about hiking, and gone at my own pace without being so self-conscious about it, rather than hoping my friends would read my mind. And sitting at that bar with my cocktail, I stopped caring that I was the serially single guest at a wedding, because talking to new people and seeing one of my best friends so happy, eating all that food, made me feel whole.

Almost magically, when I went back to the Airbnb that evening, I fell into the old, easygoing rhythms of my interactions with my friends. I didn't feel the need to self-censor as much, because I had some confidence that my friends would accept me as I am, however much I'd changed, and that I would them, free of any concern that they'd no longer be able to relate to me. They didn't need to in order to be my friends.

Am I giving this cocktail too much credit? Probably. But out of everything I experienced that weekend, I remember the Desert Bird's sweet and bitter taste—surrounded by live music and a dark, anything-could-happen-here ambience—most potently. I think by just taking that hour for myself, not moving and trying to figure out my next step, I realized I wasn't running away from my friends, but had arrived at some semblance of self-assurance that I am exactly who, and where, I am meant to be.