One night, a slab of foie gras, a basket of toast points, two glasses of of the legendary dessert wine, and him 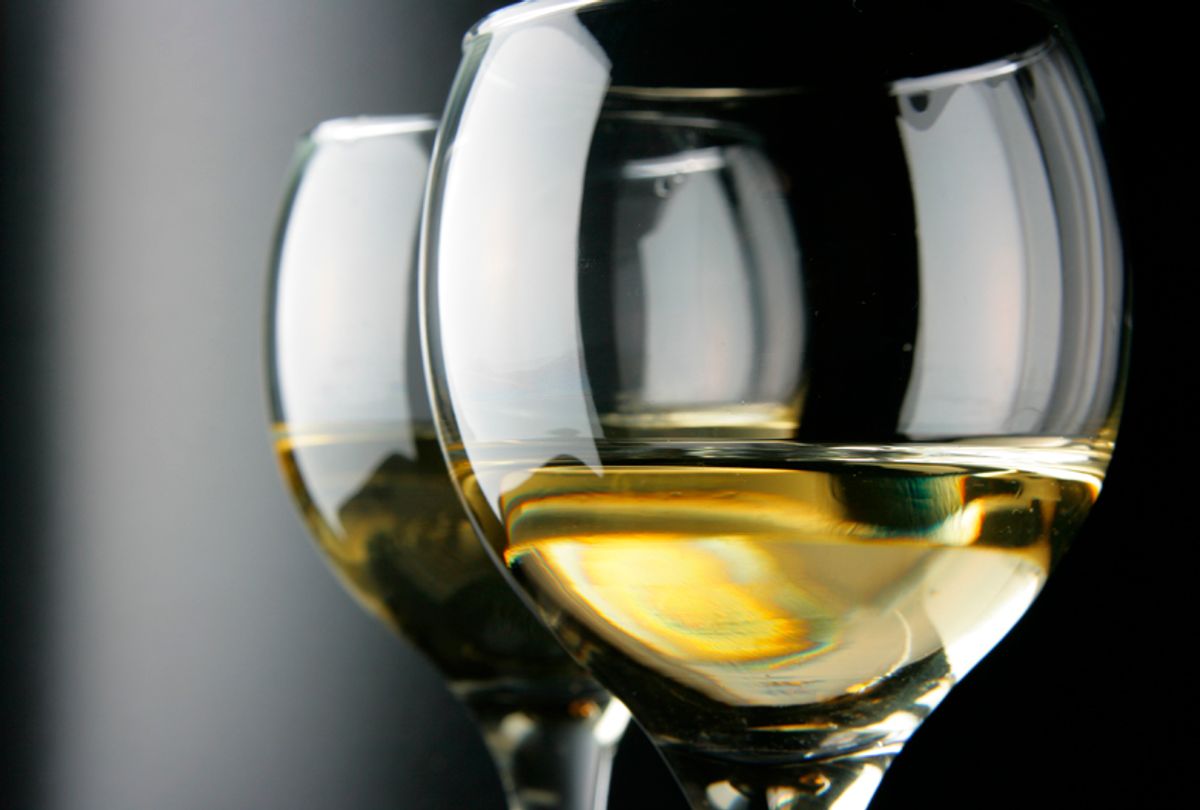 Excerpted with permission from "The Bread and the Knife: A life in 26 Bites" by Dawn Drzal. Copyright 2018 by Skyhorse Publishing, Inc.

Food has always been life’s organizing principle for former cookbook editor Dawn Drzal. "In The Bread and the Knife: A Life in 26 Bites," her loosely linked alphabet of memories starting with “A is for Al Dente,” she recounts her emotional growth from the challenges of youth to professional accomplishment, marriage, and divorce. In the following excerpt, “Y is for Yquem,” she writes of a time in her early thirties, between marriages, when she wasted a year on a man who was all wrong for her. She knew it from the beginning, but as she observes with a characteristic mixture of wit and ruefulness, “there is not as much correlation as there should be between the depth of your feeling for someone and how much he can make you suffer.”

It is a truth universally acknowledged, that a divorced woman in search of a good husband must be in want of a life. That is to say, if you are to avoid repeating the mis­takes you made the last time, you must learn how to live by yourself, to like your own company, and to stand on your own two feet, so that when you finally choose a mate, you will be “two solitudes that meet, protect and greet each other,” in Rilke’s lofty phrase, rather than a co-dependent mess. At least this is what I told myself when I found myself divorced and living in a shabby basement apartment in Brooklyn at thirty-one.

I was so desperately afraid of being alone, so terrified that without someone to witness my existence I would actually die, that at least once an evening I would find myself with the phone in my hand about to call someone, anyone, to arrange a disastrous rendezvous. But I had a wise best friend and a good therapist, both of whom advised me that the only way out was through, and assured me that the existential terror would pass if I just sat still long enough to tolerate it. And so I folded myself up in a battered wing chair night after night, staring at the Duraflame log in the fireplace, smoking cigarettes and sip­ping Scotch until it was time to put myself to bed. Slowly, I learned how to live in my own skin.

After three seasons of introspection and enforced celi­bacy, I went to a New Year’s Eve party. The tarot-reading psychic in the cloakroom gave me a forgettable reading, then urgently whispered a piece of dubious advice in my ear as I stood to leave: “Wear pink underwear if you want to meet someone!”

All night I had been uncomfortably aware, each time I turned my head, of the stare of an intense-looking man in a cardigan. The cardigan somehow made the stare even more unsettling. He turned out to be a friend of the host­ess, who called the next day, promising he wasn’t a serial killer and asking if it was all right to give him my number. What the hell, I thought. It was cheaper than buying all new underwear.

One thing I learned from the disastrous year that fol­lowed is that there is not as much correlation as there should be between the depth of your feeling for someone and how much he can make you suffer. You can know that he is all wrong for you, that you are temperamentally incompatible, you can even feel superior to him in just about every way, and still, if you are a romantic obsessive by nature, you can use him to make yourself miserable. I am like the little bird in "Are You My Mother?," programmed to latch onto the next available love object, no matter how inappropriate. So my nine months in front of the fire, while not exactly wasted, were not as salutary as I had hoped they would be.

When we had been dating for about two months, he asked me to go dancing. I hate dancing. I’m bad at it and, if still sober enough to be coordinated, I can never remem­ber to smile and pretend I’m having a good time. But it was in that early stage of a relationship where you will (if you are me) seriously consider things like participating in a Harley rally when getting on the back of a motorcycle is one of the few things you have sworn never to do to in your life, so of course I agreed. After a few excruciat­ing hours during which he repeatedly asked if my shoes were hurting, he invited me back to his apartment for the first time.

We stood for ages in the bitter March wind trying to find a cab. The tiny black Azzedine Alaïa knockoff that had seemed sexy in the dance club felt merely inadequate now. I was chilled to the bone by the time we arrived at his Greenwich Village apartment, which was hardly warmer than the street, but I was too vain to keep my jacket on and let him hang it in his frighteningly tidy closet. I followed him into the kitchen, but he told me to go sit on the couch and look pretty. Like all his compli­ments, this one had an irritating tinge of masculine condescension that I chose to ignore.

I looked around for a throw or even a few pillows to pile on myself for warmth, but the living room was a severely tailored, charcoal gray and black affair, relieved only by a stunning view of the Empire State Building. The upholstery on the sofa was stretched so tight you could bounce a quarter on it, and I noticed with amuse­ment that the pillows actually buttoned up. I stepped out of my vertiginous heels and curled up in a corner of the couch, pulling my stretchy dress over my knees for warmth and piling the two pillows on my lap. At last he emerged, set a tray on the coffee table, and began lighting candles and adjusting dimmers with the touching finickiness of someone who hasn’t entertained in a long time.

The tray held a slab of foie gras, pale pink and rimmed with bright yellow fat, studded with a black truffle. There were some triangles of toast in a linen-lined basket, which I was tempted to use as a hand warmer. And there were two delicate glasses and a half-bottle of Chateau d’Yquem 1985. Even I knew the name of the legendary dessert wine unanimously agreed to be the apotheosis of Sauternes.

He explained that the 1985 vintage went well with foie gras because it lacked some of the vineyard’s charac­teristic complexity.

The lighting finally arranged to his satisfaction, he sat down next to me and poured a drop of the yellow-gold wine into a glass, swirled, and sipped. He grimaced and held it out to me. I knew enough after a few dates to take it by the stem.

“This wine is way too cold,” he said sternly, as if I were somehow to blame for his having stored it in the refrigerator. “We have to wait for it to warm up. Besides, it’s just a baby. It needs at least another ten years.” I felt chastised again, as if I were a naughty child too impatient to sit for another decade and wait for the wine to age properly. His denigration of the wine’s vintage, age, and temperature left me utterly unprepared for the shock of that first mouthful, so sublime that tears pricked at my eyes. Sensations and associations flooded through me as I held it on my tongue—honey, yes, and honeysuckle, and the smell of peach cobbler bubbling over in my grand­mother’s oven, and a bite of tarte Tatin—grounded by an austere elegance that tamed the sweetness into subservi­ence. I was pierced with a great tenderness for my life, the interconnected world, this man I hardly knew—and a deep longing. And all that was before I swallowed. When I did, the experience of the wine persisted, miraculously intact. This was a bad year?

“It just goes on and on,” I said wonderingly. “That’s the finish,” he responded briskly, but his eyes were still gentle from watching my reaction. As he gave me a little lecture on botrytis, the noble rot that dessicates the Sémillon grapes into such unearthly sweetness, he refilled our glasses and handed me a triangle of toast thickly topped with foie gras. “Now taste it with this.” It was a pairing I had only read about and had been dying to try for years.

At some point, the lights in the Empire State Building went off, unobserved, and the sky turned the color of stone behind it. The candle flames were nearly invisible in the non-light of almost-morning. The bottle, having performed its magic, was empty. Suddenly self-conscious, we sat up. I adjusted my dress. He smoothed his hair. Wordlessly, he helped me on with my jacket. What was there to say? The people standing awkwardly by the door were not the people on the sofa.

Hurrying to the subway station, the vicious wind off the Hudson swirled up and around my exposed legs. I felt I had been dropped from a great height and was scurrying, insignificant as an insect, beneath an enormous and uncar­ing sky. It may seem silly that a glass of wine could be the vehicle for such an experience, but the needle of the sub­lime, which leaves a hole where it enters and where it emerges, can be threaded with any beauty.