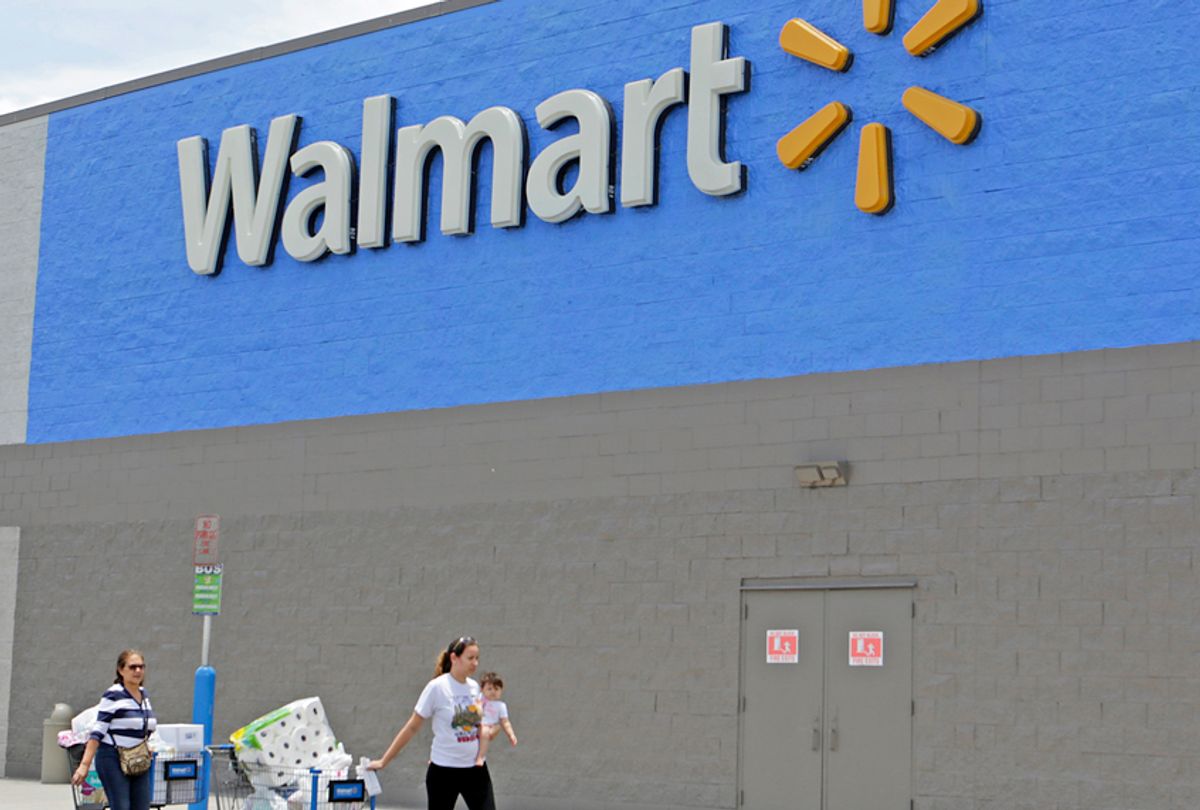 Did you hear about the kids who found a Ferrari buried in their garden? What about the man who sued Satan? Or the woman who woke up in the middle of her funeral? Do you know the legend of the Bunny Man? There are some stories that people will claim are true without a doubt, no matter the circumstance. This collection showcases the best of these fascinating and often creepy tales. Whether you believe these urban myths or not, they have the power to unnerve and enthrall us all. This incredible compilation of captivating stories will keep any reader on the edge of their seat.

A middle-aged man was on a train to Los Angeles, on his way to a job interview. He had recently become engaged, and he hoped that the job would allow the pair to marry. At 4.30 p.m. the vehicle collided at 85 mph with a freight train running in the opposite direction, in one of the worst accidents in America’s history.

His fiancée heard about the crash while driving to the train station with the man’s parents and his siblings. Several of his loved ones received calls from the man’s mobile phone so they naturally assumed that he had survived the accident, even though all they could hear when they picked up was static. Although their subsequent calls to him went straight to voicemail, all through the night they waited for confirmation that he had been found alive and well.

Twelve hours after the accident, having tracked the signal from his mobile phone, rescuers finally located him in the wreckage. He had died instantly in the crash…and yet 35 calls had been made from his phone—only to his nearest and dearest—as if the mobile had been reaching out to help lead them to his body.

A taxi driver working the night shift on a quiet Sunday was driving past a hospital. A young girl hailed him down and hurried into the car to get out of the rain. She was wearing a hood and her hair partly obscured her face. She requested that he take her to a lake nearby, which he thought was odd, but he reasoned that perhaps she lived near it. She didn’t answer any of his questions, so he drove to the destination in silence, with the rain drumming on the car.

When they arrived, she asked him to wait for her, and she disappeared into the darkness. He waited for a long time, not wanting to abandon the girl out there on her own. Finally, she returned and asked to be taken to a new address, this time to a neighborhood that the driver knew. When they arrived, the girl got out of the car without paying the fare and disappeared inside a house. Annoyed, the driver got out of the taxi and knocked on the door. An elderly man opened it but there appeared to be no sign of the girl. When the driver asked about his mysterious passenger, the old man said that there were no children in the house, but then he explained something: he once had a daughter, but she had drowned in the lake in a car accident with her boyfriend many years earlier. He said that sometimes her spirit caught a cab to look for him in the lake, before returning to her childhood home. The old man asked, worried, “You didn’t get a good look at her face, did you?” The driver replied he had not, and the old man smiled, “Good.” He then paid the fare and closed the door. When the taxi driver got back to the car, he saw that in the place where the girl had sat down was a puddle of black water.

Japanese children are often told the story of a keen swimmer who went for a dip every day in the lake near his house in the mountains. Usually, he was the only person there, as he swam early in the morning when the water was very cold. One day he thought he saw someone else in the lake but, as he approached the water, he realized that they weren’t swimming—they were drowning. It was a young woman, waving her hands silently above the surface of the lake, so he dived right in and swam powerfully to her rescue. As he got closer, he saw the girl’s long black hair swirling around her as she slipped beneath the choppy waters. He moved to grab her but suddenly his legs felt heavy and he could barely move his arms. He couldn’t understand what was happening, but then he noticed something strange: the girl was no longer struggling but staring directly at him with black eyes. As he desperately tried to keep his head above water, he realized that instead of hands she had claws, and instead of legs she had the body of a great snake, which was wrapping itself around his torso and dragging him down into the depths. He was never seen again—being a hero can have its consequences…

An American boy was sleeping over at a friend’s house and they were both trying to outdo each other with telling scary stories. He’d seen all of his older brother’s scary movies, so he wasn’t that impressed with what he had heard so far. Then his friend’s cousin turned up, heard what game they were playing and, despite their protestations, sat down and joined in.

He told them about a girl who was waiting for a train to her high school prom one night, when she saw a group of her friends on the other side of the tracks. Not wanting to be left out, she ran over a crossing just as the train was coming, and the wheels cut her in half at the waist. Ever since, people had reported seeing her legless ghost at the school, especially on prom night, when it was said that she would cut your body in half. And anybody who heard the story would see her in one month’s time.

A few weeks later the boy was walking home from school, when a girl appeared over a wall and smiled at him. He smiled back and continued on his way when he heard a strange “clack clack” noise behind him. He looked around in horror: the girl was crawling over the wall, dragging herself on bony elbows. As she dropped to the floor, he saw that she had no legs and when she started crawling towards him, her elbows made the spine-chilling clack clack noise, as she gained on him. He didn’t turn up to school the next day.

For decades a small doll kept at a temple in Hokkaido prefecture, Japan, has captured the attention of Japanese people. The story goes that the doll, which has black hair and black eyes, and wears a traditional kimono, was the favorite of a little girl who died tragically young in the 1920s.

The girl carried the doll everywhere she went and, after her premature death, the family placed her favorite toy in an altar in her memory. The girl had cropped the doll’s hair short to look like her own, and people would often comment that it looked suspiciously like its owner. Not long afterwards, the family noticed that the doll’s hair appeared longer than it had been. Although they dismissed the notion as a figment of their imagination, eventually they couldn’t ignore the fact that the hair was growing. When it reached the doll’s knees, the family, suspecting some insensitive prank, cut the doll’s hair so that it was short again but, of course, it only grew back longer. The family eventually placed the mysterious toy in a local temple, where it remains to this day. The monks at the temple cut the doll’s hair on a regular basis and it always grows back. Many years after the doll arrived at the temple, the hair was tested and found to be that of a young child.

An earthquake hit Hokkaido, Japan, in the 1960s and badly damaged buildings and infrastructure. In the aftermath, rescue workers were exploring an old tunnel that had partly collapsed on a railway line. They were looking for survivors or any bodies to recover, but what they found was far more frightening. As they chipped away at the cracked walls, they discovered row upon row of human skeletons in the wall, standing as if to attention, side by side. They must have been there since the tunnel was built, more than 50 years before. They immediately knew what they had found, as stories of “human pillars” had been circulating around the country since the seventeenth century: people who had been sealed inside walls and pillars of buildings either as a punishment or as a cruel form of sacrifice to appease the gods and bless the structure with strength. The practice was thought to have been outlawed centuries ago, but some believed that the grisly tradition had continued for far longer than that. To this day the tunnel is avoided by anybody who knows the story.

A confident lawyer—one of the senior partners—working for a New York law firm was entertaining a group of interns at a party in the skyscraper where the firm’s offices were located. He would often joke with the team that the floor-to-ceiling windows in the building were literally “unbreakable,” testing their strength as a party piece. Once again, he shocked the students by putting the windows to the test. He ran across the room, launched his body at the glass and bounced right off. Having proved his point, he decided that his audience weren’t convinced enough, so he had another go. This time everyone present heard a terrible crack, as the window fell out of its frame, and watched horrified as the lawyer fell with the glass into the street below from the twenty-fourth floor. The firm closed down shortly afterwards.

A bizarre news story made the rounds online in 2015, reporting that employees at a Walmart department store got the shock of their lives when they discovered that a homeless couple had been living in a disused storeroom on the top floor of the building for as long as two years. It’s not known how the couple came to move into their secret accommodation, but they lived a life of luxury, moving whatever they wanted from the store up to their pied-à-terre, including a king-size bed, television and fridge-freezer. When the items were reported missing, their disappearance was dismissed as petty theft or errors in stocktaking. The pair were only rumbled when they invited homeless friends’ round for an all-night party at the store, and their guests, somewhat the worse for wear, were caught leaving by staff opening up in the morning.