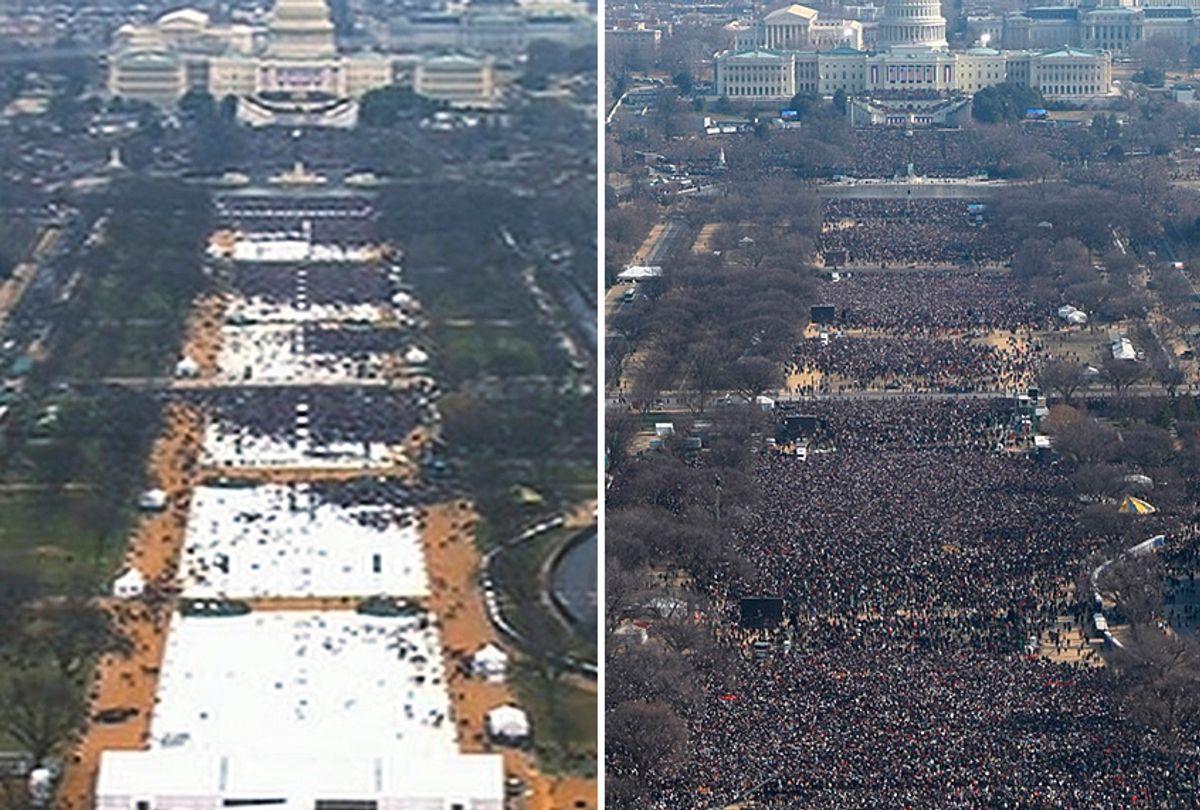 It has been nearly 600 days since President Donald Trump officially took office – and since the debate on whether or not his inauguration had the biggest crowd in U.S. history ensued. At last, the discussion on the inauguration may come to a rest.

On Thursday, The Guardian published a report after obtaining public documents under the Freedom of Information Act by the inspector general of the Interior Department. According to the report, a government photographer allegedly cropped out empty space where the crowd ended in some photographs. However, the documents do not specify which photographs were edited or whether they were released to the public.

“The records detail a scramble within the National Park Service (NPS) on 21 January 2017 after an early-morning phone call between Trump and the acting NPS director, Michael Reynolds. They also state that Sean Spicer, then White House press secretary, called NPS officials repeatedly that day in pursuit of the more flattering photographs.

By the time Trump spoke on the telephone with Reynolds on the morning after the inauguration, then-and-now pictures of the national mall were circulating online showing that Trump’s crowd fell short of Obama’s. A reporter’s tweet containing one such pair of images was retweeted by the official NPS Twitter account.

An NPS communications official, whose name was redacted in the released files, told investigators that Reynolds called her after speaking with the president and said Trump wanted pictures from the inauguration. She said “she got the impression that President Trump wanted to see pictures that appeared to depict more spectators in the crowd”, and that the images released so far showed “a lot of empty areas.”

While Reynolds did not specifically request an edit, the communications official claimed that she “assumed” the photographs needed to be “cropped,” according to the report. A second official at the National Park Service told investigators that Spicer asked for pictures that “accurately represented the inauguration crowd size.” This reportedly translated to the official as “a request for NPS to provide photographs in which it appeared the inauguration crowd filled the majority of the space in the photograph.”

“He edited the inauguration photographs to make them look more symmetrical by cropping out the sky and cropping out the bottom where the crowd ended,” The Guardian reports the investigator said.

In the end, the photographer reportedly “selected a number of photos, based on his professional judgment, that concentrated on the area of the national mall where most of the crowd was standing.”

These documents corroborate a report that surfaced in the Washington Post nearly a week after the inauguration that Trump had personally called Reynolds. At the time, White House deputy press secretary Sarah Huckabee Sanders told The Post the call only demonstrated that Trump’s management style is “so accessible, and constantly in touch.”

Why Trump is sometimes a liar