Fans burn jerseys when they're angry with a player. But Kaepernick hasn't played in the NFL for more than a year 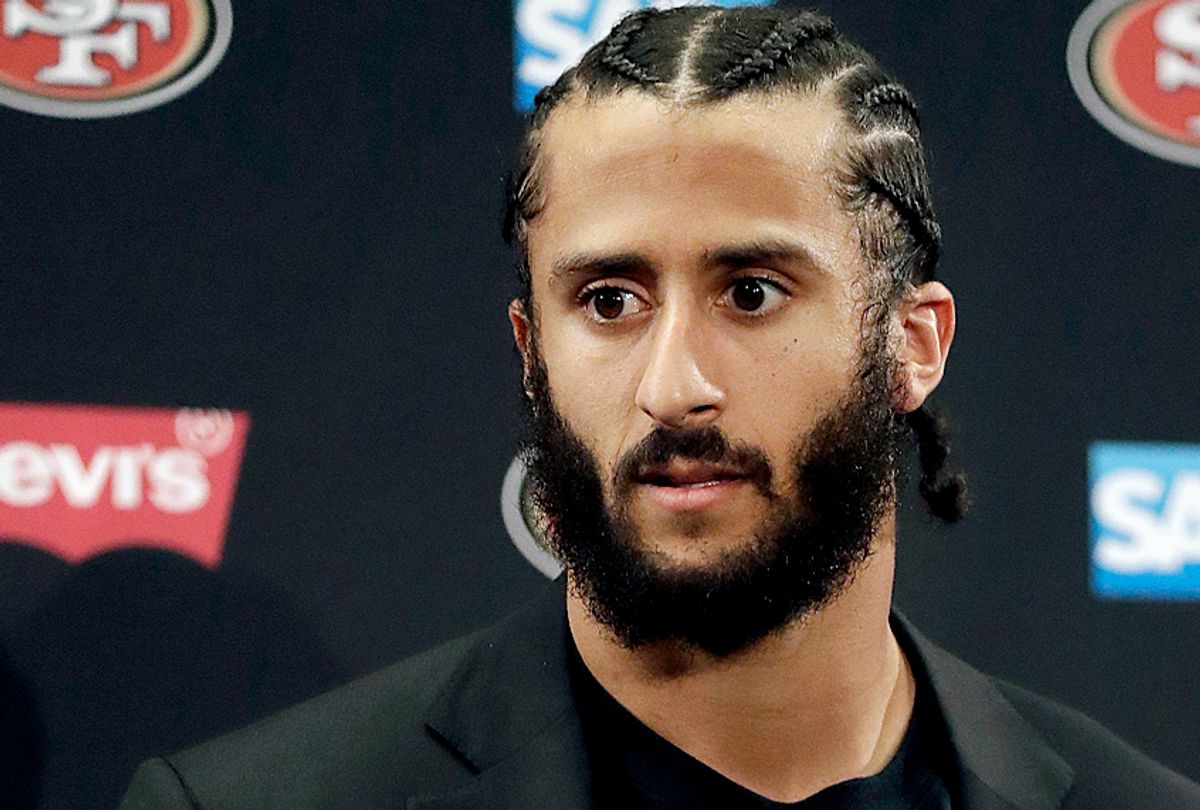 The divided fan response was not entirely unpredictable when Colin Kaepernick was revealed as the face of Nike’s new ad campaign this week. Supporters of Kaepernick’s cause mostly congratulated Nike for recognizing that Kaepernick is someone who, as the ad puts it, “believes in something.” Fans who disapproved of Kaepernick’s protest — who, like NFL fans in general, are mostly white — cried out in offense, called for boycotts of Nike, and burned and destroyed their Nike apparel, an extreme response rightly ridiculed on Twitter and (now) by Nike itself.

Fans have historically burned jerseys when expressing anger that an athlete they loved has moved away from their team. This action is one of symbolic dis-identification or dissociation. The burning or destruction of the jersey indicates the vitriol of their reaction and enables them to express their dissociation violently, when an athlete's "offense" against them means that the mere withholding of support won't do. Such responses are usually the strongest when fans feel spurned or betrayed by an athlete they have previously thought of as one of their own — think of Cleveland fans when LeBron James first took his talents to South Beach.

People have laughed at fans who responded to the Nike campaign by destroying their own Nike clothes. The action is ridiculous on its face, since it harms no one but the one who destroys his or her own clothing. But the specifics of this fan response to the Nike campaign are as disturbing as they are absurd. Kaepernick has not played in the NFL for more than a year. He is in no games where fans could root against him. Fans' violent dis-identification in this context is not against Kaepernick as a player, but Kaepernick as the symbol of a cause.

They would surely say they react against disrespect for the flag, the anthem, the military. But do we typically react destructively or violently to instances of insufficient respect? Fans don't react with violence when someone is buying popcorn during the anthem or when they stay seated in the stands. They don’t even burn the jerseys of athletes or coaches who cover up assault, who hurt women, whose actions off the field make all too clear that “disrespect” of the anthem is the least of football’s problems.

Yet, goaded on by President Trump, some NFL fans have worked themselves into a frenzy — a frenzy that would be unsettling to watch, were we not so numbed to the outrages of our present political moment. At its center, a few black men quietly but firmly take an unpopular political position. The crowd around them grows unsettled and angry. They demand action. Someone — it turns out that he is the President — screams “Get that son of a bitch off the field right now!” NFL ownership obliges, refusing to hire one of the men, and then another. But this is not enough. Even after he has been rendered unemployed, the name “Kaepernick” is enough to inspire boos at one of the President’s rallies. The President himself suggests that perhaps deportation of men like Kaepernick, who dare to express concern about the welfare of black people in this country, is in order. One shudders to think what just punishment would look like for a crowd like this.

Nearly a year after the dust of these rallies settled, Nike has ignored the cries of the mob and paid Kaepernick where the NFL would not. The fan outrage in response, like the outrage of Cleveland fans who felt they were owed loyalty by a man who dared to make a rational business decision, is expressed in terms of betrayal and disloyalty. But Nike owes them nothing, and Kaepernick — now unemployed, as they so hoped — owes them even less.

What is it, then, that these fans symbolically burn when they burn their Nikes? It might not be a cross, explicitly. But given that Kaepernick's protest has been against police violence against people of color, given that the President has ominously declared that such protestors perhaps “shouldn’t be in the country,” and given that the rallies where Kaepernick and his compatriots are denigrated are led by a man who declares white supremacists “very fine people,” it is hard not to see in these flames the older ones of white supremacy.

Erin C. Tarver is an associate professor of philosophy at Oxford College of Emory University and the author of "The I in Team: Sports Fandom and the Reproduction of Identity."