Why did Supreme Court nominee Brett Kavanaugh not answer senator's questions about the Russia probe? 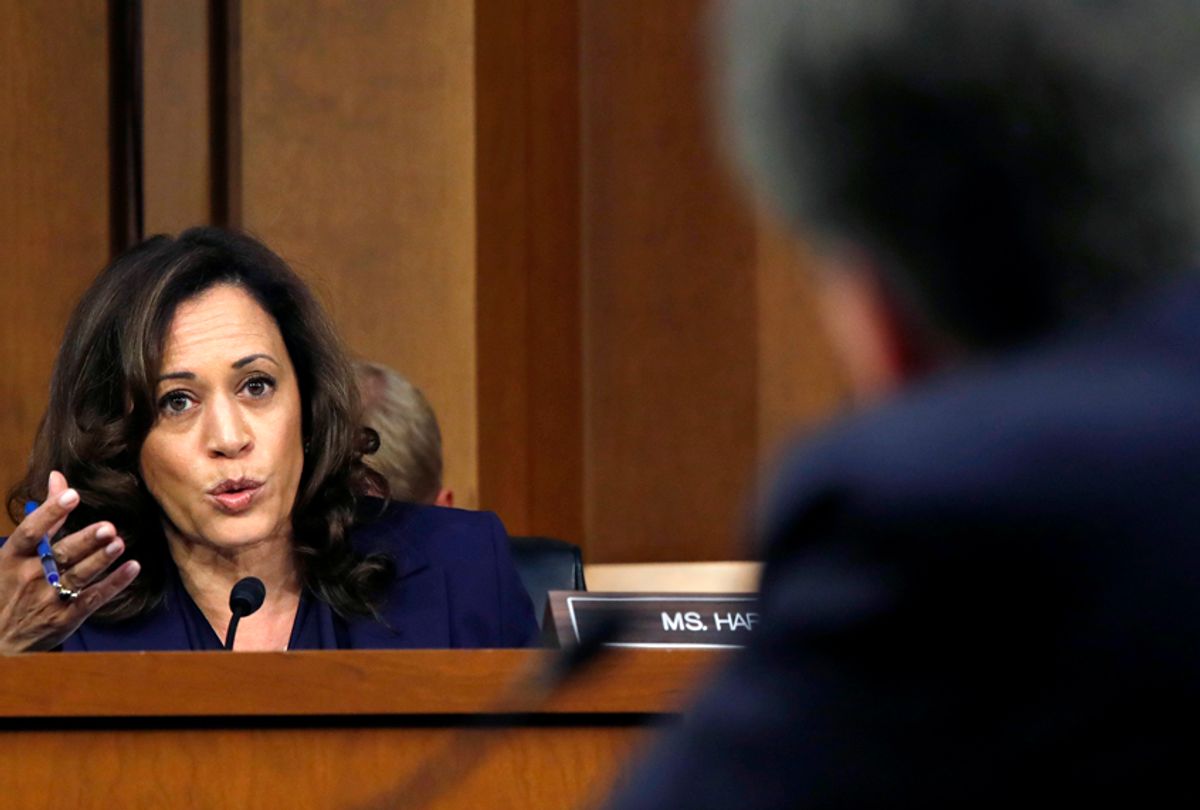 Harris wanted to know specifically if the judge had ever spoken to anyone about special counsel Robert Mueller's ongoing investigation from Kasowitz, Benson & Torres, the law firm where Marc Kasowitz, President Donald Trump’s personal attorney, is a partner.

Kavanaugh seemed perplexed by the question – and the exchange got tense from there. "Have you had any conversation about Robert Mueller or his investigation with anyone at that firm? Yes or no?" Harris questioned Kavanaugh.

"Is there a person you're talking about?" Kavanaugh replied, refusing to answer the question.

"I'm asking you a very direct question, yes or no?" Harris retorted.

Kavanaugh took long pauses in between answers and offered responses such as "I'm not remembering, but I'm happy to be refreshed or if you want to tell me who you're thinking of." At every prompt, he stopped short of saying "yes" or "no" – or even "I don't think so."

Harris found that hard to believe. She described Kavanaugh's memory as "impeccable" and reminded him that he had been speaking at length to the committee for hours Wednesday about issues that date much further back in time than Mueller's investigation into the 2016 presidential election.

But Kavanaugh did not bite. He continued to speak around the question, asking again for Harris to give him a name.

"It's a really specific question," Harris said. "I think you're thinking of someone, and you don't want to tell us."

This back and forth went on for several minutes, and the closest Kavanaugh came to answer Harris' yes or no question was the following: "I'm not remembering anything like that, but I want to know a roster of people [who work at the firm], and I want to know more."

It remains unclear if Harris has evidence that Kavanaugh spoke to someone from the firm about the investigation, as she eventually abandoned the question. (A Democratic aide told CNN that "we have reason to believe that a conversation happened and are continuing to pursue it.")

But Harris may have engaged in this line of questioning, because some Democrats are worried about Kavanaugh's stance on presidential authority and whether or not he believes a sitting president may be indicted, which could be pertinent if special counsel Robert Mueller's probe into alleged collusion between Trump's 2016 presidential campaign and Russia were to find any information incriminating the commander-in-chief himself.

"The Justice Department has said on two separate occasions — in 1973 and in 2000— that the president cannot be charged with a crime while in office. The Supreme Court would have to rule on that question to settle the matter for good," Business Insider reported. "In previous writings, Kavanaugh has advocated for more latitude within the executive branch. An analysis from The Washington Post notes that this could mean Kavanaugh believes current law is too restrictive on the office of the president."