Barack Obama tells Americans it did not start with Donald Trump: "He is a symptom — not the cause" 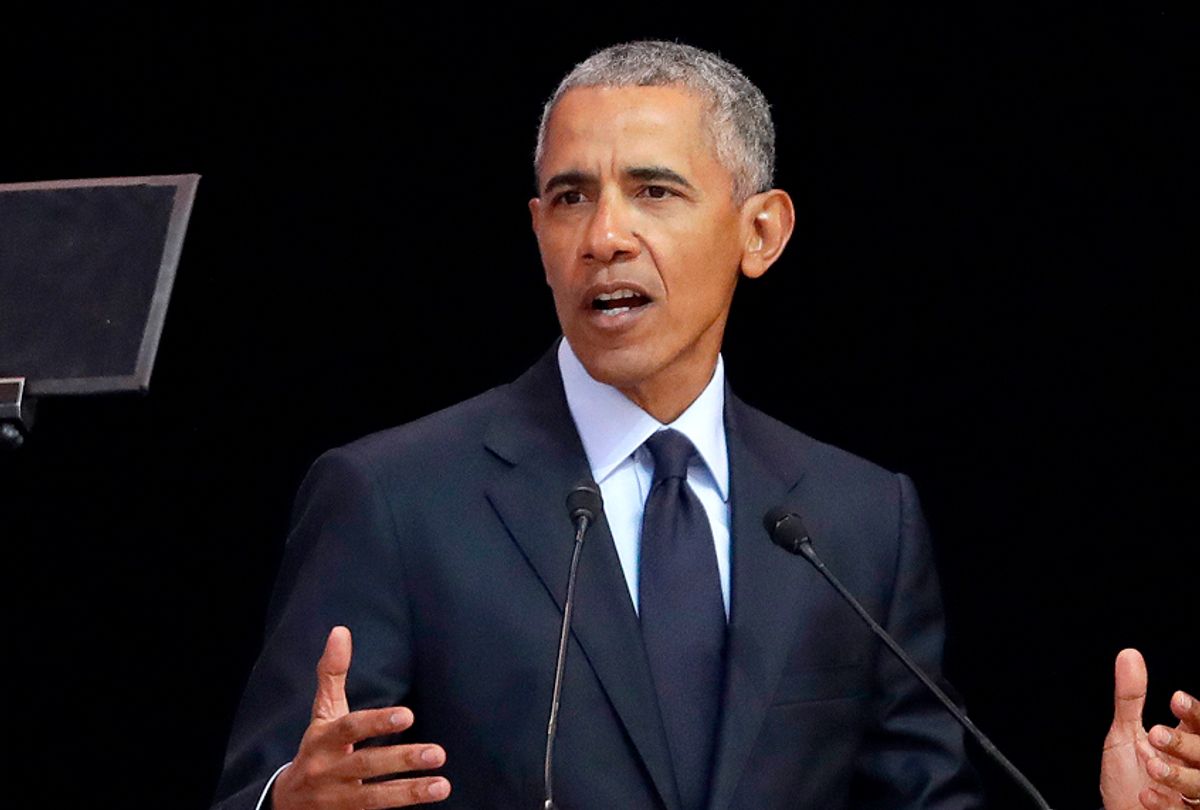 Former President Barack Obama delivered a "State of Our Democracy" speech Friday that took aim at President Donald Trump's policies and political brand — while also making it clear that he views his successor as the manifestation of a much larger and deeper problem.

"Each time we painstakingly pull ourselves closer to our founding ideals: that all of us are created equal and endowed by our creator with certain unalienable rights; the ideals that say every child should have opportunity and every man and woman in this country who's willing to work hard should be able to find a job and support a family and pursue their small piece of the American dream; our ideals that say we have a collective responsibility to care for the sick and the infirm, and we have a responsibility to conserve the amazing bounty, the natural resources of this country and of this planet, for future generations," Obama told the enrapt audience.

"Each time we have gotten closer to those ideals, somebody somewhere has pushed back," Obama added. "The status quo pushes back. Sometimes the backlash comes from people genuinely, if wrongly, fearful of change. More often, it's manufactured by the powerful and the privileged, who want to keep us divided and keep us angry and keep us cynical, because it helps them maintain the status quo and keep their power and keep their privilege. And you happen to be coming of age during one of those moments. It did not start with Donald Trump. He is a symptom — not the cause. He's just capitalizing on resentments that politicians have been fanning for years — a fear and anger that is rooted in our past but is also borne out of the enormous upheavals that have taken place in your brief lifetimes."

Near the end of his speech, Obama rallied his audience to do what they can to elect Democrats to Congress in 2018, whether by volunteering for campaigns and arguing with family members to turning out and voting.

"And if you do that: If you get involved, and you get engaged, and you knock on some doors, and you talk with your friends, and you argue with your family members, and you change some minds and you vote, something powerful happens," Obama urged his listeners. "Change happens. Hope happens."

Trump has in the past expressed a very unflattering opinion of Obama. Aside from attempting to validate the debunked and racist claim that Obama was not born in the United States, Trump has also described his predecessor's presidency in highly disparaging terms.

"I think President Obama has been the most ignorant president in our history," Trump told reporters in July. "His views of the world, as he says, don’t jibe, and the world is a mess."

"President Obama — when he became president — he didn't know anything. This guy didn’t know a thing,” Trump continued. “And honestly, today he knows less. Today, he knows less. He has done a terrible job."

Up close with Obama in his last year