A veiled rebuke of Trump? Cindy McCain says her husband's chief legacy was "serving a cause greater than ourselves" 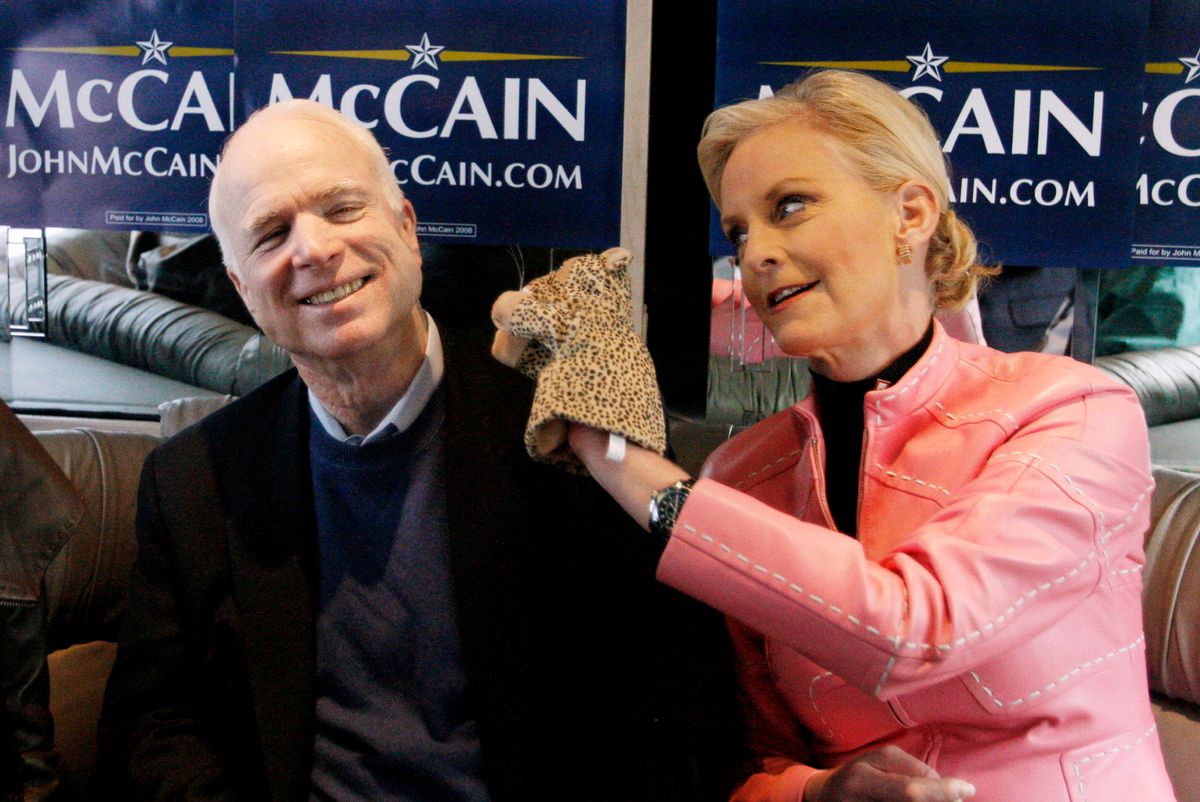 FILE - In this Jan. 19, 2008 file photo, Cindy McCain, wife of Republican presidential hopeful Sen. John McCain, R-Ariz., uses a cheetah hand puppet to make her husband laugh as they ride the "Straight Talk Express" campaign bus to a polling station on the day of South Carolina's Republican presidential primary in Charleston, S.C. "A campaign is like the world's longest job interview, and even though most of us like to think that we're being our natural selves when we interview for a new job, it's only human nature to self-edit ourselves and try to make the best possible impression," says Schnur, director of the University of Southern Californias political institute. (AP Photo/Charles Dharapak, File) (AP)
--

Cindy McCain, the widow of the late Sen. John McCain (R-Ariz.), penned a powerful editorial Friday on the bipartisan and patriotic legacy of the recently departed statesman.

According to Cindy McCain, her husband's chief legacy was "serving a cause greater than ourselves":

This was the essence of John McCain’s message to our nation: that we must join together, shaped by our deepest values of liberty, equal justice and respect for the dignity of all people, hardened by unwavering courage and integrity, and step into the arena to fight for a greater cause.

John did this every day. Whether it was to demand the best possible leadership and support for our armed forces, or to empower freedom fighters against dictators around the world, or to demand that perpetrators of torture and human rights abuses be punished, or to make sure our native American communities are treated with dignity and respect. John McCain fought for others every day of his life, whether he was wearing a uniform or standing on the floor of the U.S. Senate.

Her message was very similar to the one declared by the McCain's daughter Meghan during her eulogy last week:

Without mentioning President Donald Trump by name, Meghan McCain chastised his 2016 campaign slogan by saying, "The America of John McCain has no need to be made great again, because America was always great." Was Cindy McCain's reference to a "a cause greater than ourselves" also an indirect rebuke of the Republican president whom her late husband often found himself at odds with?

A reflection on when the GOP nearly repealed Obamacare