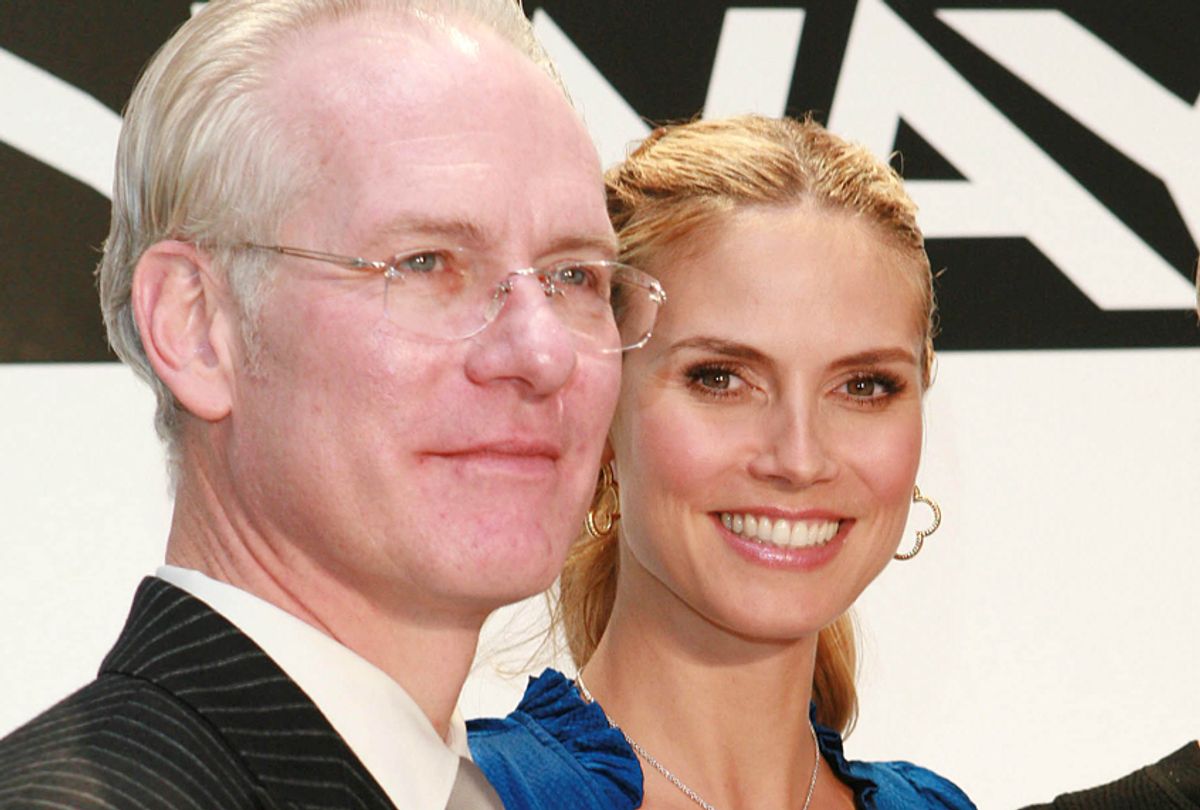 Amazon Prime Video has made an aggressive move to steal away Emmy-nominated “Project Runway” hosts Heidi Klum and Tim Gunn, who will launch a new reality fashion competition series for the streaming service. As a result of the surprise announcement, Klum and Gunn won’t be making the move with “Project Runway” as the show jumps from Lifetime back to its original home on Bravo.

The Klum/Gunn news is a tremendous coup for Amazon Studios head Jennifer Salke, who announced the talent acquisition on Friday. “Heidi Klum completely changed the television landscape by developing a competitive reality fashion series that was unproven and different from what was popular on-air,” Salke said in a statement. “The show became wildly successful, and in turn Klum and Tim Gunn have become an iconic pop culture duo. Their drive to deliver fashionably entertaining, engaging and trendsetting content speaks for itself, and we believe their next iteration in this space will find an even larger audience on our global Prime Video runway.”

Reality TV has been an early success story for Amazon; in particular, car series “The Grand Tour” is one of the service’s most-watched originals. The arrival of Klum and Gunn gives Amazon immediate access to their fan base and the world of competition reality.

It’s also a tremendous blow for Salke’s former employers at NBCUniversal. The company has only recently been celebrating the return of “Project Runway” to the fold, and Klum and Gunn are synonymous with the franchise. The loss of “Project Runway” to Lifetime in 2008 was a bitter pill for Bravo, which developed the show but then lost it after the network and Weinstein Co. couldn’t come to terms on a new licensing deal. NBCUniversal sued the Weinstein Co., arguing that Weinstein didn’t allow Bravo to match the deal that Lifetime offered. The two sides settled the suit in 2009, with Weinstein Co. agreeing to pay NBCU a settlement fee.

But following allegations of Harvey Weinstein’s sexual assault and misconduct, which included his actions on “Runway” (which he allegedly used as a means to gain access to the show’s models), Lifetime parent A+E Networks terminated its deal for “Runway.” That opened the door for NBCUniversal to seal a deal with Lantern Entertainment, which acquired Weinstein Co.’s assets, to bring the show back to Bravo.

Apparently that deal didn’t include a talent component, however. Notably, it was “Watch What Happens Live” host Andy Cohen who took the stage at NBCUniversal’s upfront presentation in May to announce the return. And when Bravo revealed in June that it had sealed a deal with original “Project Runway” production company Magical Elves to replace Bunim-Murray (which produced the Lifetime iteration) as the show’s producers, the hosts were not mentioned in the press release.

Read more IndieWire: ‘Project Runway All Stars’ Winner: Top 5 Designers of Color Proved That Anyone Can ‘Lead the March’ in 2018

Amazon Prime Video didn’t provide many details about the new show, including a production partner — although given their experience working with Bunim-Murray on the last decade of “Project Runway” would seem to make that production company an obvious partner.

“The series will be a fresh take in the reality space and will appeal to a global audience who are entertained by competition, storytelling, and authenticity,” Amazon wrote in its press release. “Additionally, Amazon Fashion will create a shoppable experience for viewers. This intersection of content, commerce, and technology is perfectly suited to the cord cutter generation and streaming consumers.”

Making the move even more of a surprise, despite Klum’s exit from “Project Runway,” she’s still a part of the NBCU family, as a judge on NBC’s “America’s Got Talent.”

Together, Klum and Gunn have been nominated six times as outstanding host for a reality or reality-competition program, and one once, in 2013. Since the beginning of the show in 2004, Klum has served as the main host of the show — with catch phrases including “As you know in fashion, one day you’re in. And the next day, you’re out.” Gunn, who was the chair of fashion design at Parsons The New School for Design when he joined the show as a mentor to contestants, became a fan favorite thanks to his own no-nonsense advice and catch phrase, “Make it work!”

Read more IndieWire: No Category for Straight White Men: Reality Host May Be The Most Diverse Emmy Competition Ever

“After 16 incredible seasons, I am saying ‘Auf Wiedersehen’ to ‘Project Runway.’ a show that I was honored to host and help create,” Klum said in a statement. “I am incredibly proud of the show, and it will always have a special place in my heart. I am so appreciative of the dedicated fans, and most of all, I am grateful that we could shine a light on creativity and help launch so many talented designers’ careers. I’m most excited that my journey with my dear friend and colleague, Tim Gunn, is far from over.”

Added Gunn: “I am grateful to ‘Project Runway’ for putting me on a path I never, in my wildest dreams, thought my career would take me. I am so proud to have been a part of the groundbreaking process that showcased talented young designers as never before. Most importantly, I am indebted to our incredible fans, they are the heart and soul of what we do, and continue to inspire us to raise the bar in this arena. I’m excited for them to see what’s next, as I partner with Amazon and Heidi Klum on our next great ‘fashion’ adventure.”

Meanwhile, “Project Runway” judge Zac Posen also confirmed that he won’t be returning to the show as it moves to Bravo. “Working alongside Heidi, Nina and Tim as a judge for six seasons of Project Runway was one of the greatest experiences of my career,” Posen said in a statement. “I will cherish the opportunity the show gave me to learn from and grow with my co-judges, the producers, crew and designers. ‘Runway’ has led to incredible opportunities and I am currently at work on some new projects that I am very excited to share with you soon. I wish the show and everyone much success always.”

The fate of fellow “Project Runway” judge Nina Garcia remain to be revealed. In a statement, Bravo confirmed that the show is still continuing: “Bravo is proud to bring ‘Project Runway’ back where it all began, and Heidi and Tim will always be a huge part of the legacy. The series will continue its iconic impact with Bravo’s reboot for the next generation of designers and fans. We are excited to announce our new host and mentor very soon.”