Serena Williams' treatment during the U.S. Open final was sexist 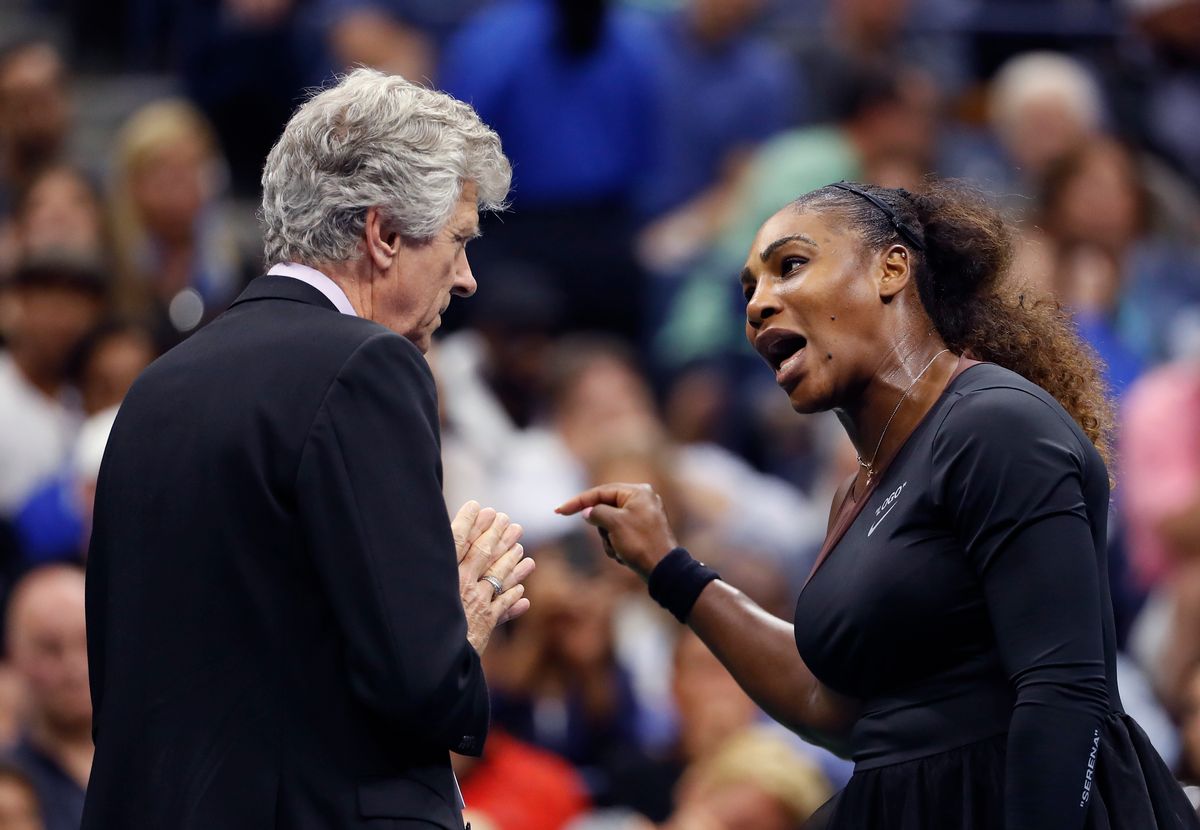 Serena Williams lost to Naomi Osaka in the U.S. Open final Saturday. The biggest headline from the match wasn't Osaka claiming her first grand slam, or her besting her childhood idol to do it. It was Williams' clashes with umpire Carlos Ramos that stole the show.

During the match, Ramos verbally warned Williams not to receive coaching from the grandstand. Coaches routinely watch their players from the bleachers, and, at times, give signals and directions. It's an unspoken reality in the world of tennis. Technically, these gestures are against the rules, yet it is very common in the male and female game.

After the warning, Williams later smashed her racket for missing a shot, which provoked Ramos to take a point from her. Williams approached Ramos and called him a "thief," resulting in a verbal abuse penalty that cost her a game during a pivotal moment in the set.

Williams was visibly irate with the decision and even called on the match's referee, Brian Earley, to complain. Williams pointed out that male tennis players have disputes with umpires all the time without suffering penalties as serious as the one Ramos issued her.

"There's a a lot of men who have said things and because they are men nothing happens to them," Williams said on the court after Ramos penalized her.

Serena Williams: "There's a lot of men out here that have said a lot of things and because they're a man, that doesn't happen to them." (via ESPN) pic.twitter.com/9MqhnAja20

The devastating penalty ultimately allowed Osaka to take control of the set and the match. The 20 year old had already beaten Williams in the first set, so it is difficult to argue that Williams lost because of her discord with the ump.

Nevertheless, it would be foolish to think gender and sexism did not play a role in the on-the-court controversy. Williams' coach, Patrick Mouratoglou, conceded after Osaka won that he was coaching at times during the match. He also revealed that this type of mentorship happens all the time, especially in the men's game. He said it was very rare for a player to be penalized for it. To make matters worse, Mouratoglou claimed that Williams did not even see his coaching, so she didn't even benefit from it.

“Not once in my life.” - Patrick Mouratoglou on saying he has never been called for a coaching violation before ever #usopen pic.twitter.com/EnsaE7uI1f

Williams has endured sexism and racism for over a decade. The legendary tennis star is not wrong to think sexism was involved in the U.S. Open final. Tennis became a beloved game in America in part because of the fiery, competitive spirit of players such as John McEnroe and Andre Agassi. While fans were delighted when these players ranted on the court, Williams has been held to a different standard by tennis officials. Earlier this summer, Williams was told by the French Open that she could not wear the outfit she had picked for the tournament. It was just another example of Williams having to overcome unequal treatment.

As CNN sports analyst Christine Brennan noted, the confrontation between Williams and the umpire demonstrated that women are not treated the same as men in the tennis world.

"We know that there's quite a history to it. Think of John McEnroe, think of Ilie Nastase, Jimmy Connors, Andre Agassi. These men all berated chair umpires, famously so. Commercials have been made. McEnroe has done, 'you can't be serious' and all the other tirades, top of his lungs over the years and none of them received a game penalty," Brennan said.

After the match, Williams spoke about the ongoing struggle she has had as a female tennis player.

“I just feel like the fact that I have to go through this is just an example for the next person that has emotions and that want to express themselves, and they want to be a strong woman, and they’re going to be allowed to do that because of today,” she added.