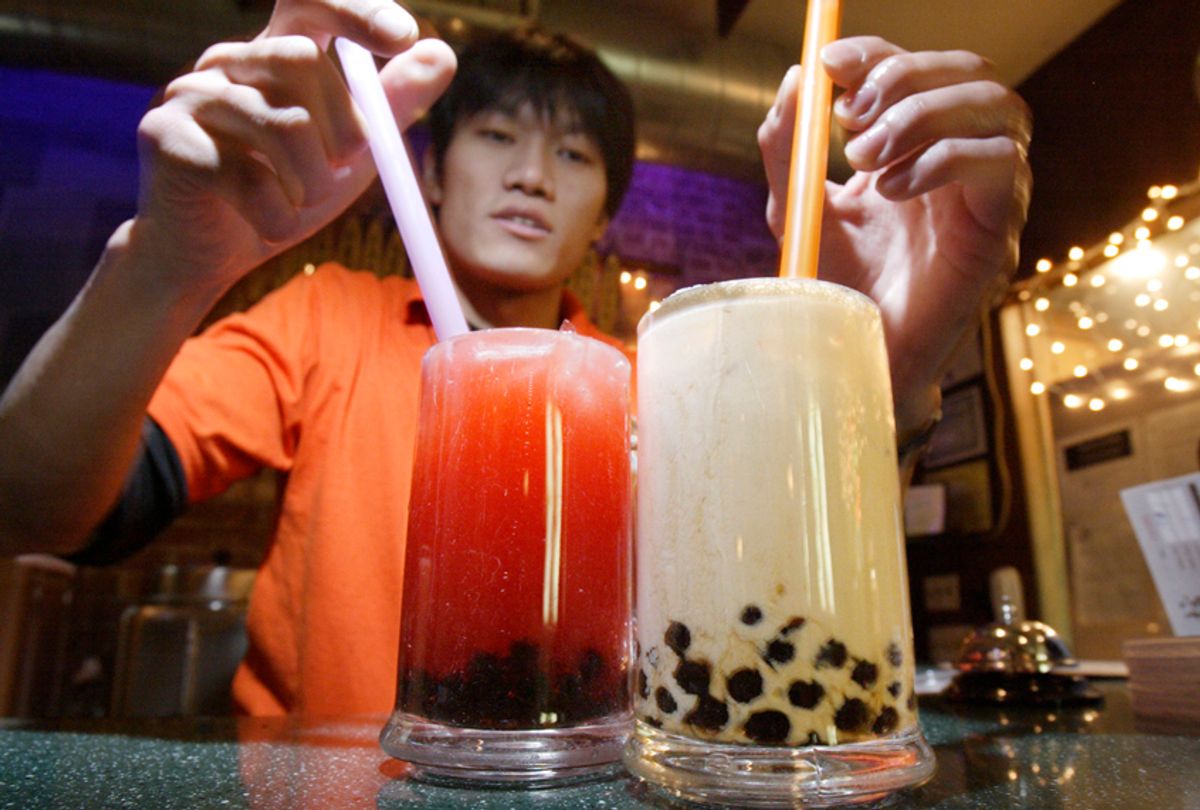 Based on the breathless coverage of CRISPR genome editing technology thus far — the famed patent dispute, the overhyped promises of designer babies, the fears of urban biohackers gone mad — you’d be forgiven for thinking that CRISPR is a first-world solution for first-world problems. Indeed, the first CRISPR product to make it out of the lab was a button mushroom—hardly a staple on most dinner plates globally. Even more tellingly, one multinational agricultural giant, DowDuPont, now owns the single largest CRISPR patent portfolio—meaning that the technology will be first applied to Dow’s products, largely industrial crops like corn, soy and canola grown in the West. This commercial trajectory raises the question: is CRISPR fated to become a technology with only private sector applications, benefiting only people who live in the Global North?

There are certainly ways in which CRISPR can be used that would help a wider variety of people. For example, in a paper just published in Science Advances, my colleagues and I created a plant variety to demonstrate how CRISPR can be used to help address the economic woes of farmers who work in some of the poorest parts of the globe. Our research, led by first author Dr Simon Bull (ETH Zurich, Switzerland) and lead author Prof. Hervé Vanderschuren (University of Liège, Belgium), shows that CRISPR can be harnessed to make genetic improvements in Cassava, a starchy root that breeders have all but given up on because of it’s difficult reproduction cycle. And unlike a lot of CRISPR research to date, this was accomplished by a group of publicly funded researchers, and without millions of dollars of private capital.

In this study, our team successfully edited the genome of the cassava plant to make it produce a modified variety of starch in its roots. Cassava itself is a plant with an interesting history: It’s native to South America, where it’s been cultivated for thousands of years, but back in the sixteenth century, Portuguese traders carried the plant to Africa and South Asia, where the hardy crop quickly took root in native cuisines and economies. Today, cassava is found across the globe — its tuberous roots are the stuff tapioca and the pearls used in bubble tea are made from—and the starch it produces is used to coat paper and produce processed foods in several tropical countries. More importantly, the cassava root forms an intrinsic staple of many South American, African, and Asian cuisines; altogether, cassava root is estimated to feed about a billion people annually.

But in spite of its impressive geographic reach, cassava has remained a crop grown largely by marginal farmers, often for their own subsistence rather than for economic gain. In this sense, the historical trajectory of cassava cultivation stands in stark contrast to another ancient American, starch-rich plant — maize. Maize, thanks to nearly a century of plant breeding, is now the world’s leading supplier of starch, with annual production in the U.S. alone valued at over $40 billion in 2017.

A large part of why cassava has not seen the genetic improvements that other crops like maize, wheat, and rice have is because of its peculiar reproductive biology. Since the early 1900s, most crops have been genetically improved by selective breeding, where plants with desired traits are mated to create newer, better varieties of crops. A fundamental requirement of breeding like this is the ability to control a plant’s flowering and pollination cycles. Cassava, however does not flower very predictably, frustrating efforts to breed better varieties. (“Awkward” is how Dr. Bull describes its reproduction.)

So while maize and other crops have been genetically improved, helping combat pests and disease, cassava hasn’t — meaning the plants have had to deal with new and introduced diseases, and, increasingly, climate change, with the same genes they’ve always had. Consequently, maize and potatoes have become the major high-value commodity sources of industrial starch, with cassava languishing as just another subsistence crop — one that’s unable to provide farmers in Africa with access to the profitable industrial markets enjoyed by corn farmers in the American Mid-west, or potato farmers in Europe.

In our research, we tried to address this issue by creating a technique by which breeders can improve their cassava varieties rapidly, even in a single generation—something unheard of in plant breeding until recently. First, we genetically engineered a cassava plant to make it flower much earlier in its life cycle. To do this, Dr. Bull introduced into the cassava genome a gene called FLOWERING LOCUS T (or FT for short) from the model plant Arabidopsis, a relative of mustard. This approach worked incredibly well; within five months of planting, the engineered cassava plants started producing small, pinkish-white flowers for the first time in our greenhouse — a dramatic difference from normal plants, which rarely produce flowers in the greenhouse at all.

At the same time, we introduced specific mutations in two cassava genes responsible for making starch using CRISPR-Cas9 technology. The outcome was a cassava plant with what’s known as “waxy” starch in its roots. Waxy starch is highly desirable in the textile and food industry, since it has a unique gelatinization profile. To find out if the gene mutations worked, we extracted pure starch granules from cassava roots, stained them with an iodine solution and looked at them under a microscope. On regular cassava, starch turns dark blue or brown in color; in spite of the iodine treatment, we found a brilliant spectrum of lighter-colored granules of “waxy” starch in the roots of the genome-edited cassava plants.

Since the genome-edited plants also contained the early-flowering gene, they could be mated within just six months of planting. By selecting from their off-spring, Dr. Bull found cassava plants with altered starch genes, but no trace of the CRISPR genes or of the new flowering gene that he’d engineered into the parent plant. The genes introduced into the plants had been “crossed-out,” leaving just the edited genomes behind.

This means, simply due to a change in a couple letters of DNA, this cassava could produce a new, different form of starch — and without bearing a trace of the process of genetic engineering, as far as we can tell. And the truly exciting news is that this method could be directly used to improve any number of other traits in cassava — and even entirely different plants that have also been ignored by the breeding industry. According to Prof. Vanderschuren, the project’s lead scientist, “This would be a major advance that will help open new market opportunities, including for cassava smallholder farmers, provided an open and fair management of this innovation.”

This study is an excellent demonstration that CRISPR can be rapidly deployed by public institutions to benefit crops and farmers who’ve been long ignored by the seed industry. But there’s still a long road, filled with regulatory barriers, before these plants can reach the farmers they were designed to benefit. Outside of the U.S., few countries have legalized the release of CRISPR-derived plants; recently, the European Court of Justice, in a decision widely panned by scientists, declared CRISPR-derived plants would be subject to the same restrictive regulations as GMO plants. (You can read more context on the debate around GMOs here.) Until this ruling, scientists had hoped that European regulators would consider CRISPR edited plants that have no “foreign DNA” — meaning DNA from another species — as not genetically-modified, enabling speedier release to farmers. Unfortunately, the Court ruled that the product of any modification to a plant’s genome “in a way that does not occur naturally” should be considered a GMO. More bafflingly, the same ruling allowed mutation breeding, an older and less precise method for genome modification involving radiation and mutagenic chemicals. This bizarre logic demands that genome-modifying technology have an established track record of safety, but then doesn’t provide an avenue for new technologies to build up a safety record.

European scientists know this decision sounds the death knell for CRISPR technology in agriculture on their continent. I worry that if African countries follow suit and adopt the same legal interpretation, our cassava plants will never see the light of day, keeping this technology from our colleagues in the Global South. In the meantime, Vanderschuren says he is “working closely with institutions located in countries where cassava is a staple crop,” with the aim of eventually moving this technology into locally-adapted cassava varieties through national breeding programs — that is, if African national governments don’t decide to also ban CRISPR gene-editing.

It’s worth highlighting that these waxy cassava plants could only have been developed using both genetic engineering and CRISPR technologies. And yet they don’t contain the “foreign genes” that regulators are so fearful of. If anything, this study is clear evidence that the distinctions between GMO and non-GMO technology become meaningless when we can use both genetic engineering and genome-editing to produce what is — at least, biologically — a non-GMO product. For the subsistence farmers growing cassava today, the legal distinctions between genome-editing, mutation breeding, and GMOs are far less important than finally being able to support their families. I can only hope that regulators in Africa and Asia heed the message and embrace new breeding technologies like ours.