"Not a laughing matter": In Omarosa tape, Trump jokes while discussing terrorists killing US troops 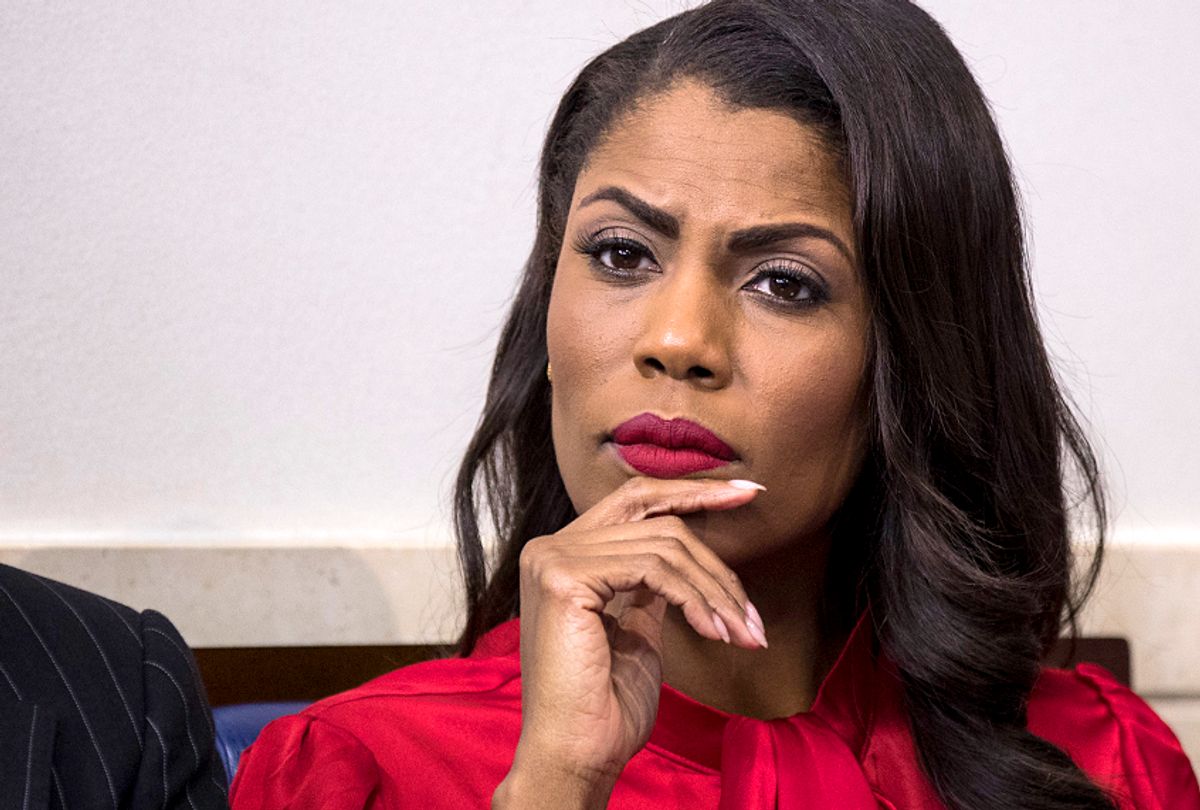 In the audio recording, Trump says terrorists had moved to Africa because he had “forced them out” of the Middle East. White House staff can be heard laughing as Trump jokes that “I don’t think I’d want to be a terrorist right now” despite the deaths of U.S. service members.

“They were laughing because he’s like, making light of the situation,” Manigault-Newman told MSNBC. “He’s saying, I wouldn’t want to be a terrorist and then you hear the laughter and he continues on to talk about ‘I don’t want to be in that business’ — but it is not a laughing matter. We lost four American soldiers and four of our allies.”

The troops were killed in ambush on a joint patrol in southwest Niger in October 2017. Trump faced criticism last year after telling the widow of one of the fallen soldiers that “he knew what he signed up for.”

Manigault-Newman said the recording was from shortly after the attack. She accused Trump of giving “misinformation” to his communications team.