An umpire's sexist calls in the U.S. Open final followed by racism in a cartoon show how far we have to go 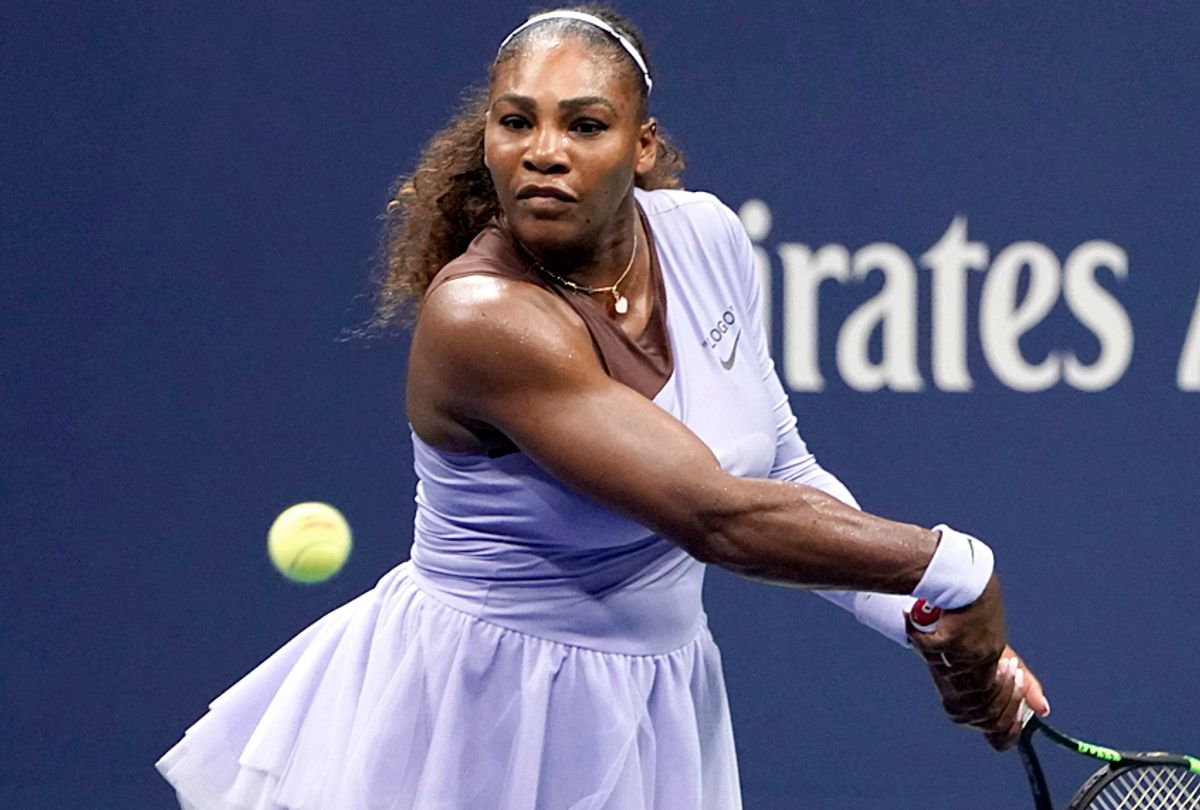 Growing up as a young ball player in '90s, I was taught that combination of following the rules, understanding the basic fundamentals of basketball and hard work could conquer anything — anything, that is, except the Jordan Rule. The Jordan Rule, named after Michael Jordan, was basically an unspoken law that means referees have to give the best player (i.e. Jordan) special privileges, based on the notion that he was the best, and that fans pay to see superstars thrive, and when superstars win, the league as a whole wins. Back in the day, you’d hear “Jordan Rule,” referenced when a star took an extra step that could easily be called as a traveling violation, or cursed out a ref, or even assaulted another player. And the rule is still prevalent today — unless you are a woman.

Over the weekend, 23-time Grand Slam champion Serena Williams, the greatest tennis player ever, and arguably the greatest athlete ever, became the focus of one of the most embarrassing moments in the history of professional sports. Some headlines would lead you to believe that the embarrassment was due to Serena's actions during and after her loss to 20-year-old Japanese-Haitian sensation Naomi Osaka, but that would be misleading. Osaka played her heart out to get to the championship match and ultimately won, and I’m not going to base her victory solely on poor officiating, even though umpire Carlos Ramos seemed to have it in for Williams. The real embarrassing moment lies in the disrespectful way Williams was treated.

Carlos Ramos sparked the controversy when he hit Williams with a code violation warning after ruling that her coach, Patrick Mouratoglou, gave her hand signals from the stands — as if coaches sit still and patient on the sidelines during championships, as if Mouratoglou is a rookie who doesn't know the rules, as if waving arms could really make Williams a better player than she already is. Ramos followed up his first act by giving Williams a point penalty for smashing her racket, and then a game penalty for verbal abuse.

"You stole a point from me and you are a thief," Williams told Ramos, which prompted him to issue the game penalty ruling.

Williams spoke freely about the sexism she and other women have been forced to endure at a press conference following the match.

"I'm here fighting for women's rights and for women's equality and for all kinds of stuff. For me to say 'thief' and for him to take a game, it made me feel like it was a sexist remark," Williams said. "He's never taken a game from a man because they said 'thief.' For me it blows my mind. But I'm going to continue to fight for women.”

Williams will be fined $17,000 for three separate code violations including $4,000 for a coaching violation, $3,000 for smashing her racquet, and $10,000 for verbal abuse towards the umpire. Because the Jordan rule doesn’t apply to women, even when they are right, even when they are the best, even we we know umpires like Ramos don't treat male tennis players the same way.

Then on Monday, cartoonist Mark Knight added racist flames to the sexist fire with a Jim Crow-like depiction of Williams for the Herald Sun newspaper:

The image looks nothing like Williams. And yes, we all understand newspaper caricatures are meant to exaggerate features, however, Knight’s image looks primitive, mannish and poorly-executed.

The backlash was swift as artists and celebrities spoke out against Knight’s attack on Williams.

"Well done,” J.K. Rowling tweeted, “On reducing one of the greatest sportswomen alive to racist and sexist tropes and turning a second great sportswoman into a faceless prop."

Former ESPN's host Jemele Hill added that the racism in the cartoon is "About as subtle as Fran Drescher’s voice."

Knight rejected the avalanche of criticism he received, tweeting, “Don’t bring gender into it when it’s all about behavior.”

Maybe he wasn’t being sexist, just racist? Because the umpire and Williams' opponent — it's not clear who the blonde white woman is supposed to be — look like normal people, not like deranged animals.

This isn’t the first time Williams has had to battle sexism or racism during her career. She's been targeted for her "Black Panther"-inspired suit, she's been compared to a gorilla countless times, and has even been called a man — Russian Tennis Federation president Shamil Tarpischev was once fined $25,000 for referring to Serena and Venus Williams as "the Williams brothers" back in 2014. Despite all of the battles Williams has faced, and with no Jordan Rule to back her up, she was still able to etch her name in history as the best. She's earned the respect of the world, and yet some still won't recognize a black woman's superior achievements.

That controversy follows Williams mirrors some of the struggles color barrier-breaker Jackie Robinson had to face in baseball, but his battles were in the 1940s and '50s. That women, and especially black women, are still dealing with this in 2018, means the world deserves to hang its head low, because we aren't as progressive as we pretend to be.