"We have reprinted six times for a total of seven to meet extraordinary demand," a Simon & Schuster rep has said 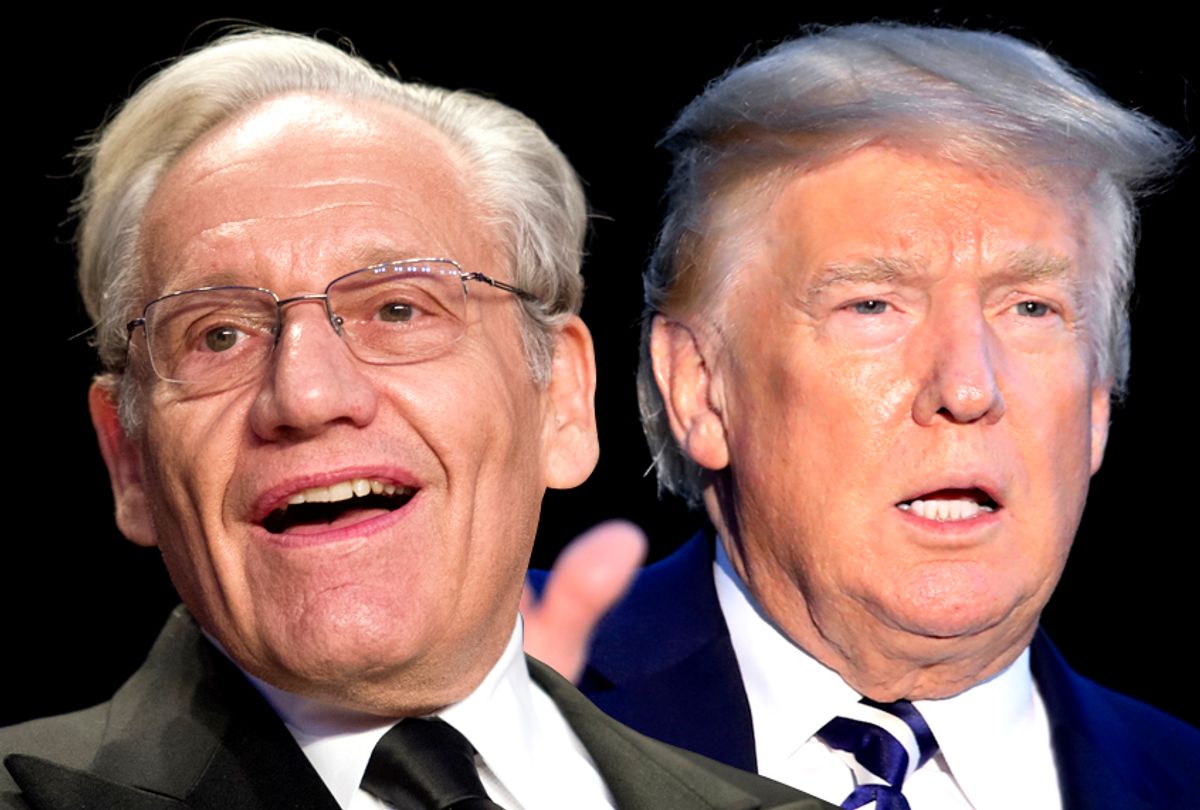 Bob Woodward's new revelatory book about President Donald Trump's White House, "Fear: Trump in the White House," has already sold one million copies in print — and it only officially went on sale Tuesday.

The book's publisher, Simon & Schuster, said Monday that it had to return to press six times to keep pace with reader demand for "Fear." "We have reprinted six times for a total of seven to meet extraordinary demand — that will put one million books in print before we've even gone on sale," a Simon & Schuster spokesperson told CNN.

Although Woodward is best known for his coverage of the Watergate scandal — which ultimately led to the resignation of former President Richard Nixon — when it comes to Trump, the famed investigative reporter has made the claim that he has "never seen an instance when the president is so detached from the reality of what's going on."

"This has not been treated seriously enough," Woodward said during the first live interview about his new book "Fear: Trump in the White House" Monday on NBC's "Today Show."

Woodward's book — which is based on first-hand interviews with Trump's own West Wing employees — details a White House in which staffers reportedly and regularly fight with each other. Top administration officials allegedly called the president an "unhinged," "liar," with a "fifth grade" intellect and described the West Wing as a miserable place to work. (Trump himself was not made available for an interview while "Fear" was being written and later called Woodward to participate after his manuscript had been completed, complaining it would be a "bad book" without his involvement.)

The official release date of "Fear" is Sept. 11 in both hardcover and e-book form. The number of electronic pre-orders was not reported.

The president apparently did not heed the advice of Brian Kilmeade, the co-host of his favorite morning show, "Fox & Friends." The Fox News host indicated that, by virtue of drawing attention to Omarosa Manigault-Newman's memoir "Unhinged," which documented her time working inside Trump's White House, the commander-in-chief had actually given his former employee free publicity, which boosted sales of her book.

"After the president came out and gave Michael Wolff millions of dollars by going after his book," Kilmeade said. "He seems to be doing the same thing with Omarosa's book."

In a series of early Monday morning tweets, Trump took direct aim at Woodward, who has also written immersive books about former Democratic presidents, including Bill Clinton and Barack Obama.

"The Woodward book is a Joke – just another assault against me, in a barrage of assaults, using now disproven unnamed and anonymous sources," Trump tweeted. "Many have already come forward to say the quotes by them, like the book, are fiction. Dems can't stand losing. I'll write the real book!"

In the lead-up to the Tuesday release of Woodward’s book, senior officials in Trump’s administration have publicly come out to refute the truthfulness of incidents in which they were reportedly involved. White House Chief of Staff John Kelly denied calling the president an "idiot." "He's gone off the rails," Kelly is quoted in "Fear" as saying. "We're in crazy town." Mattis also denied saying president possessed the intelligence of a "fifth or sixth grader."

Woodward dismissed the denials as mere politics. "These are political statements to protect their jobs, totally understandable," he told Guthrie. "This is as carefully done as you can do an excavation of the reality of what goes on."

The famed journalist further argued that his sources were both people of "conscious" and "courage." "People who said, 'Look the world needs to know this," Woodward said. "If you don't think it's risky for somebody to answer the questions and give the real details it is."