Donald Trump Jr. claims he is not worried about Robert Mueller's investigation: "I know what I did" 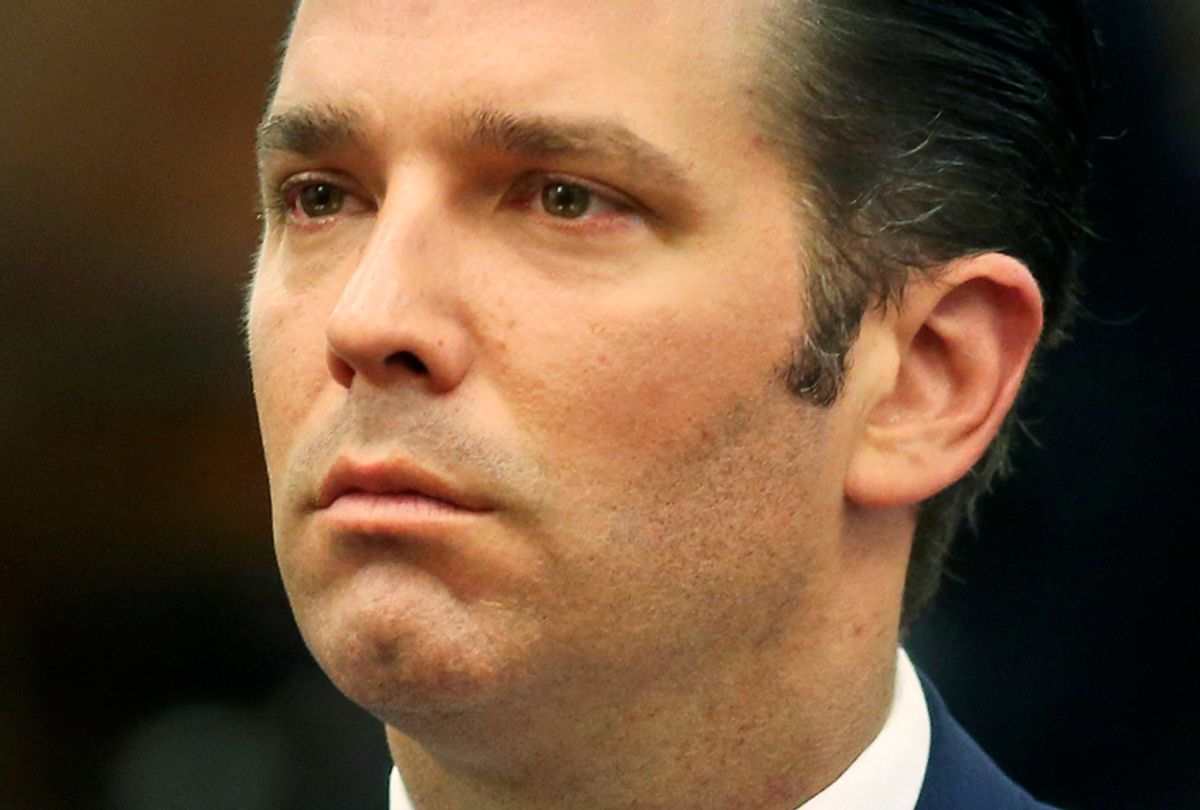 Donald Trump Jr. complained that his father had few White House staffers he could trust following an anonymous New York Times op-ed and the publication of Bob Woodward’s new book.

The president’s son appeared Tuesday on ABC’s “Good Morning America,” where he called the op-ed “pretty disgusting” and described the unknown author as a “low-level person.”

“I think there are people in there that he can trust, it’s just — it’s a much smaller group than I would like it to be,” Trump Jr. said.

He accused the author of subverting the democratic rule of law.

“This is very low-level person who will … basically subvert the vote of the American people who elected my father to do this job,” Trump Jr. said.

“I’m not (worried) because I know what I did and I’m not worried about it,” Trump Jr. said.

He told ABC that he did not tell his father in advance that he was meeting with a Russian lawyer at Trump Tower to discuss damaging information against Hillary Clinton.

“[I] testified to that ad nauseum,” Trump Jr. said. “That doesn’t mean they won’t try to do something.”