A blue tsunami? Democratic candidates have a 14-point national lead over Republicans in House races 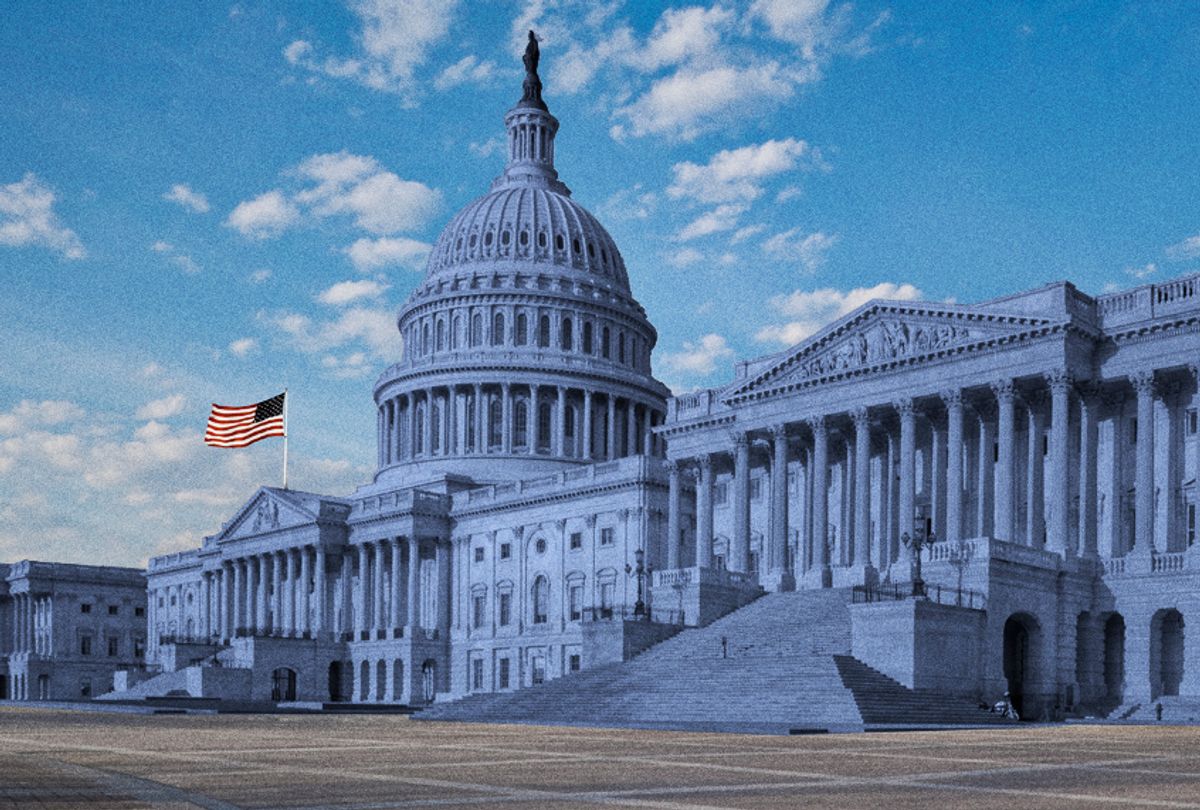 Democrats have a 14-point national lead in races for seats in the U.S. House of Representatives, according to a Quinnipiac University poll released Wednesday. American voters said they would back Democratic candidates over their Republican challengers by a 52 percent to 38 percent margin.

"By a 14-point margin, Americans would rather vote for the Democratic candidate in their local race for the U.S. House of Representatives," Tim Malloy, assistant director of the Quinnipiac University Poll, said. "Could the 'blue wave' become a tsunami?"

One explanation: According to the poll, the majority of American voters disapprove of the job Congress is doing, which currently has a Republican majority in both chambers. Quinnipiac found that American voters disapprove of its job performance by a margin of 72 percent to 18 percent, while 58 percent of voters say that "Congress should be more of a check on President Donald Trump." Only Republicans diverged here, and 62 percent to 11 percent of those voters believe Congress is doing enough to hold the president accountable.

Given the high disproval rate of Congress – and what voters say is its lack of governance over Trump – 56 percent of voters say they are not in favor of Congress beginning impeachment proceedings. "Whoever wins, they're going into a Congress with an abysmal approval rating," Malloy added.

American voters also trust the media more than Trump: a majority 54 percent of voters believe the press tells the truth on important issues, according to the poll. Unsurprisingly, Republicans have more faith in Trump over the media by a wide margin – by 72 percent to 12 percent – and Quinnipiac found that they are the only group that trusts the president over the media overwhelmingly so. "White voters with no college degree are divided, as 45 percent trust Trump more and 43 percent trust the media more," Quinnipiac determined.

These numbers derived from Quinnipiac University's survey, which took place between Sept. 6 and Sept. 9 and assessed 1, 038 voters nationwide. There is a 3.7 percentage points margin of error.

This November, all 435 House seats are up for grabs, but less than 50 are likely competitive, based on clearly-defined partisan districts and the way Americans voted in recent presidential elections. Democrats, who have held a House minority since 2010, need to keep the 194 seats they currently hold and flip 24 Republican seats to regain control of the lower chamber on Congress.

Based on Trump's low approval ratings and generic polls like Quinnipiac that show Democrats performing better than Republicans, there is evidence that a possible "blue wave" could be upon us. But, as Malloy from Quinnipiac said, "There are a lot of factors – and eight weeks of campaigning – that make up the answer to that question."

Could midterms change everything?