The Netflix film "Brain on Fire" underscores, yet again, the need to rethink diagnostic protocols 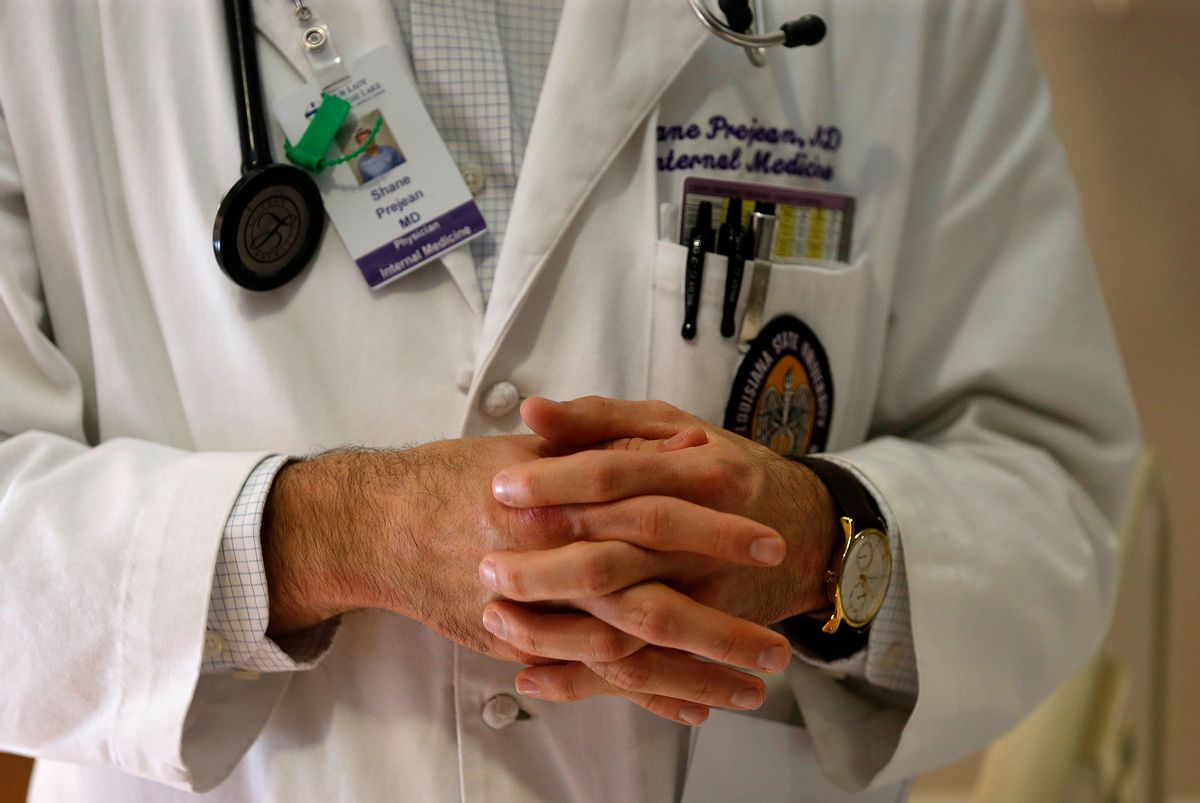 Groggy from sedatives, Susannah Cahalan is unable to make out her surroundings. She doesn’t know what’s going on, but she can’t move her arms or her legs. When she realizes her wrists and ankles are bound to the hospital bed, she throws herself against the restraints in an attempt to escape, screaming until a nurse rushes in to sedate her again. Netflix’s new original film, "Brain on Fire," fictionally depicts the true story of the journalist Susannah Cahalan’s body being taken over by a rare disease, anti-NMDA receptor encephalitis.

The terrifying condition is an autoimmune disorder of the brain, meaning her immune system began making antibodies — a protein that normally attacks foreign pathogens, like tumors or infections – that instead mistakenly attacked the NMDA receptor in her brain. NMDA receptors are important for memory, and are known to play a role in neurological and neuro-psychiatric disorders, including epilepsy. The condition can cause inflammation in the brain, and neurological symptoms like seizures and hyperkinesia. But doctors initially missed the diagnosis, instead erroneously treating her for a variety of psychological disorders.

Cahalan’s case is not unique – cases of this kind of misdiagnosis are abundant. It’s estimated that 90 percent of people suffering from autoimmune encephalitis go undiagnosed. In part, that may be because the disease, which predominately afflicts women, first presents symptoms that can also be characteristic of bipolar disorder, schizophrenia, and neuroleptic malignant syndrome (an adverse reaction to psychoactive drugs that target dopamine in the brain).

Due to the rapid onset of the disease’s neurological symptoms, many patients turn to psychiatrists first, rather than doctors. Psychiatrists are trained to recognize and diagnose psychological disorders through both mental and physical observations. Unfortunately, most patients with anti-NMDA receptor encephalitis have clear MRIs and initially only exhibit psychological symptoms. While some women with the condition also develop ovarian tumors that can be picked up by CT scans, psychiatrists are not currently trained to distinguish anti-NMDA receptor encephalitis symptoms from symptoms of psychological disorders.

In the future, psychiatrists need to be taught to recognize symptoms of the condition.

“Anti-NMDAR encephalitis should be suspected in any individual, usually younger than 50 years and especially a child or a teenager,” a 2011 paper suggests, “who develops a rapid change of behavior or psychosis, abnormal postures or movements, seizures, and variable signs of autonomic instability, hypo-ventilation, or both.”

But in addition to the rapid onset of psychological symptoms, 81 percent of people affected by anti-NMDA-receptor encephalitis are women – and doctors are much more likely to diagnose women with mental illnesses than men. Shedding light on why women with anti-NMDA receptor encephalitis get misdiagnosed may help fix other gender biases in the doctor’s office – an important step, as correctly diagnosing women with life-threatening conditions leads to earlier treatment and life-saving care.

It is not just rare diseases, like auto-immune encephalitis, that get misdiagnosed in women. The writer and artist Aubrey Hirsch experienced a similarly frustrating path to diagnosis – for five years, doctors told Hirsch that she had an eating disorder, or possibly anxiety, before diagnosing and treating her hyperthyroidism. In fact, studies show doctors interpret identical information from patients differently depending upon whether the patient is male or female.

This kind of gender bias has been acknowledged – but unresolved– for decades. The author Gena Corea first published her investigative report on women’s treatment in the doctors’ offices in 1977. Corea highlighted that male doctors tended to perceive female patients as hysterical, believing that women could more freely express their emotions, while men could not. While today this binary of what constitutes “femininity” and “masculinity” is changing, the training that doctors receive is still biased.

Hirsch has since become an advocate for change, using art to share her story. And she isn’t alone: three recent books by young women discussed the ways their demographic is overlooked in the doctor’s office, and  advocacy organizations, such as the Society for Women’s Health Research, are also working to fix such gender bias there. The SWHR, for example, has pushed for the inclusion of women in clinical research trials. By increasing the number of women in clinical research, doctors will be better equipped with information on the medical needs of women—and hopefully more likely to diagnose women correctly.

But we also simply need to begin teaching doctors to recognize implicit gender biases, so that more people are correctly diagnosed and treated. It’s literally life and death – conditions like anti-NMDA receptor encephalitis become lethal, if misdiagnosed. Call me crazy, but I think it’s important to change what we can control – if not who gets sick, then at least how patients are cared for.