"It's sad to me that a natural disaster has to get political," the former Fox News personality said before Hostin 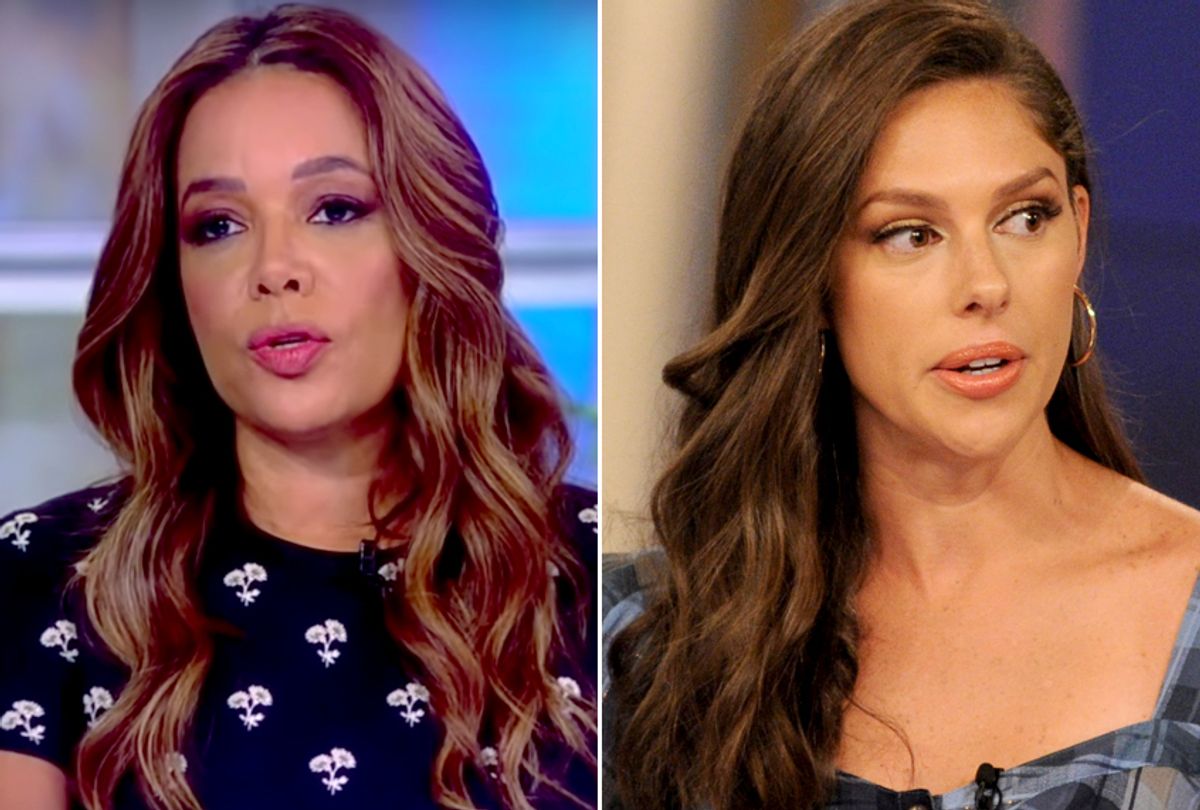 President Donald Trump sank to a new low when he disputed independent research that determined that nearly 3,000 people died in the aftermath to Hurricane Maria in Puerto Rico. That is what he wrote Thursday morning on Twitter Thursday as he in turn blamed Democrats for inflating the death toll for political gain.

Many have attributed the disturbingly high fatalities to the inadequate response from the Trump administration to the disaster. In this way, the president's tweets were a means of continuing to shirk responsibility.

As Hurricane Florence prepares to assault the Carolinas, how the Trump administration will respond is indeed on the minds of Americans. "I think these statements make him illegitimate as the president of the United States," Hostin continued. "If you are a United States citizen, you should be disgusted by this."

Co-host Abby Huntsman, who recently left Fox News for ABC, begged to differ. "It's sad to me that a natural disaster has to get political," she said. "And, right now, you're having the blame game, where locals on the ground are blaming FEMA. FEMA is blaming locals. I don't think President Trump is solely to blame for what happened. Puerto Rico had a number of their own problems before Maria even hit."

Hostin, who is of Puerto Rican descent, interjected to teach Huntsman the history of the island. "The United States government has pillaged and raped Puerto Rico since the very beginning of time," she fired back, alluding to a dynamic that has come to define America, where the U.S. politically or militarily intervenes in a region — like the Middle East or central and South America — yet wants to absolve responsibility once that same place is in crisis.

Although Hostin spoke from a placed of lived experience, Huntsman refused to back down. "I don't think that's fair," she said, bemoaning Hostin's previous comparison of Trump to a dictator.

Highlighting the difference between malice and negligence, Hostin responded, "This president did not care enough. At the time that this was happening, he was more concerned with NFL athletes protesting and kneeling than he was concerned about what’s going on in the United States."

"When you see someone, the president, letting his own citizens die – and then turning it around, and saying that they didn’t really die – I think that that’s very similar to the acts of a dictator," she said, adding that she would never liken anyone to Hitler.

As far as the comparison to a dictator, Hostin concluded: "I stand by that and I would say it again!"

How did racism play a role in President Trump's response to Puerto Rico?