Trump rejects fact that thousands died in Puerto Rico after Maria: "This was done by the Democrats" 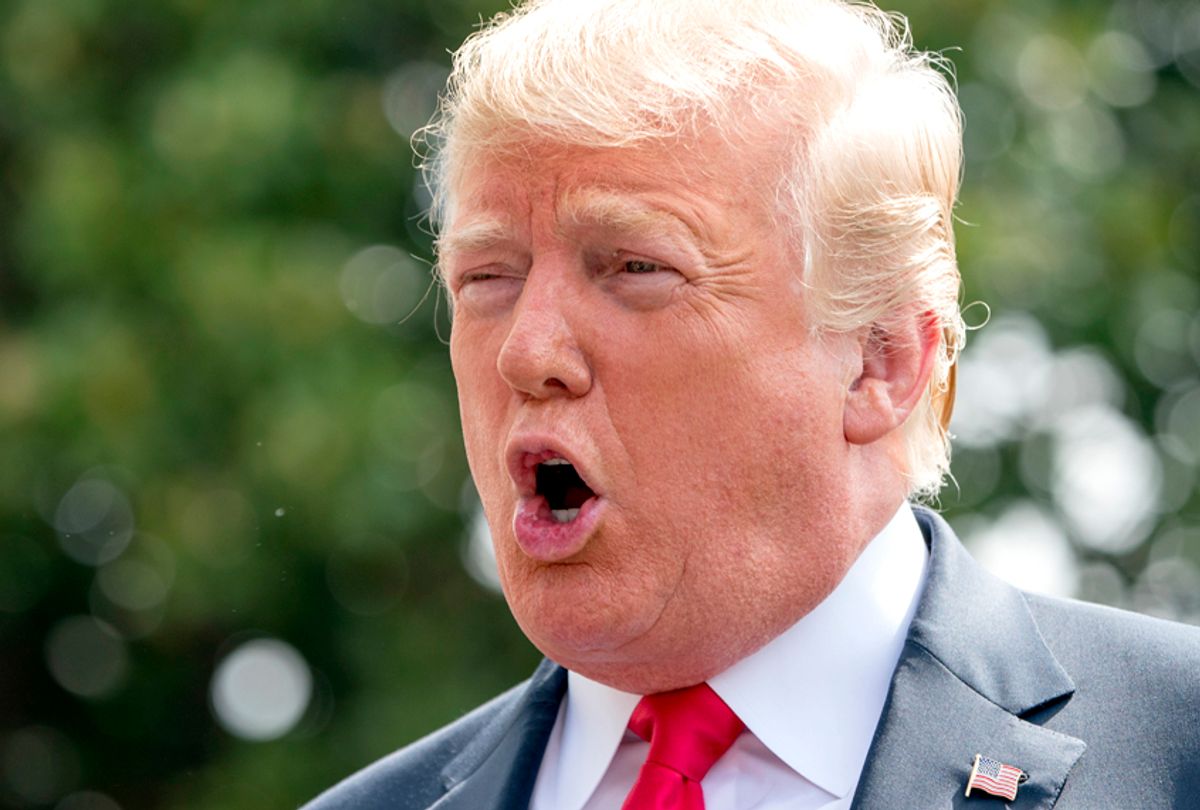 President Donald Trump began his Wednesday morning by rejecting the fact that nearly 3,000 people died in Puerto Rico in the six months following Hurricane Maria in 2017, claiming — without evidence — that "3,000 did not die."

"3000 people did not die in the two hurricanes that hit Puerto Rico. When I left the Island, AFTER the storm had hit, they had anywhere from 6 to 18 deaths. As time went by it did not go up by much," Trump tweeted. "Then, a long time later, they started to report really large numbers, like 3000..."

In a follow-up tweet, the president blamed Democrats for a larger estimated count of death.

".....This was done by the Democrats in order to make me look as bad as possible when I was successfully raising Billions of Dollars to help rebuild Puerto Rico," he continued. "If a person died for any reason, like old age, just add them onto the list. Bad politics. I love Puerto Rico!"

San Juan Mayor Carmen Yulín Cruz fiercely pushed back against Trump's comments, writing, "This is what denial following neglect looks like: Mr Pres in the real world people died on your watch. YOUR LACK OF RESPECT IS APPALLING!"

In a second tweet, she wrote, "Mr President no matter how much you try your 'true colors' come shining thru. Unfortunately you just can't help it. You just can't get it."

"Mr Trump you can try and bully us with your tweets BUT WE KNOW OUR LIVES MATTER," Cruz continued. "You will never take away our self respect. Shame on you!"

"Thousands of americans, our diaspora & latinos that came to PR to care for us and become advocates for our people deserve better than this," she wrote.

"Simply put: delusional, paranoid, and unhinged from any sense of reality," Cruz added. "Trump is so vain he thinks this is about him. NO IT IS NOT."

"Damn it: this is NOT about politics this was always about SAVING LIVES," she concluded.

The news comes as Hurricane Florence, a powerful Category 4 storm, surges toward the East Coast and could have dire consequences, particularly in the Carolinas.

On Tuesday, MSNBC's Rachel Maddow reported that Trump's administration requested to transfer nearly $10 million from the Federal Emergency Management Agency (FEMA) to the Immigration and Customs Enforcement agency (ICE) in order to fund the department's detention and deportation programs for undocumented migrants, according to documents provided to the MSNBC host by Sen. Jeff Merkley (D-Ore.).

The revelation is extraordinary given the extreme devastation in the chaos of last year's hurricane season and its aftermath, which resulted in excess deaths, an outbreak of leptospirosis and one million Americans without drinking water.

Trump sparked backlash earlier Tuesday after he called the federal response in Puerto Rico an "unsung success" of his administration.

"I think that Puerto Rico was an incredible unsung success," Trump said in a meeting to discuss emergency preparations for Hurricane Florence. "I think it was one of the best jobs that has ever been done in respect to what this is all about."

In a recent interview with Salon, Rep. Luis Gutiérrez, (D-Ill.), claimed that racism was a big part of Trump's botched response to Hurricane Maria.