The Best Foreign Language Film Oscar race is intense, and it can have a huge impact on international cinema 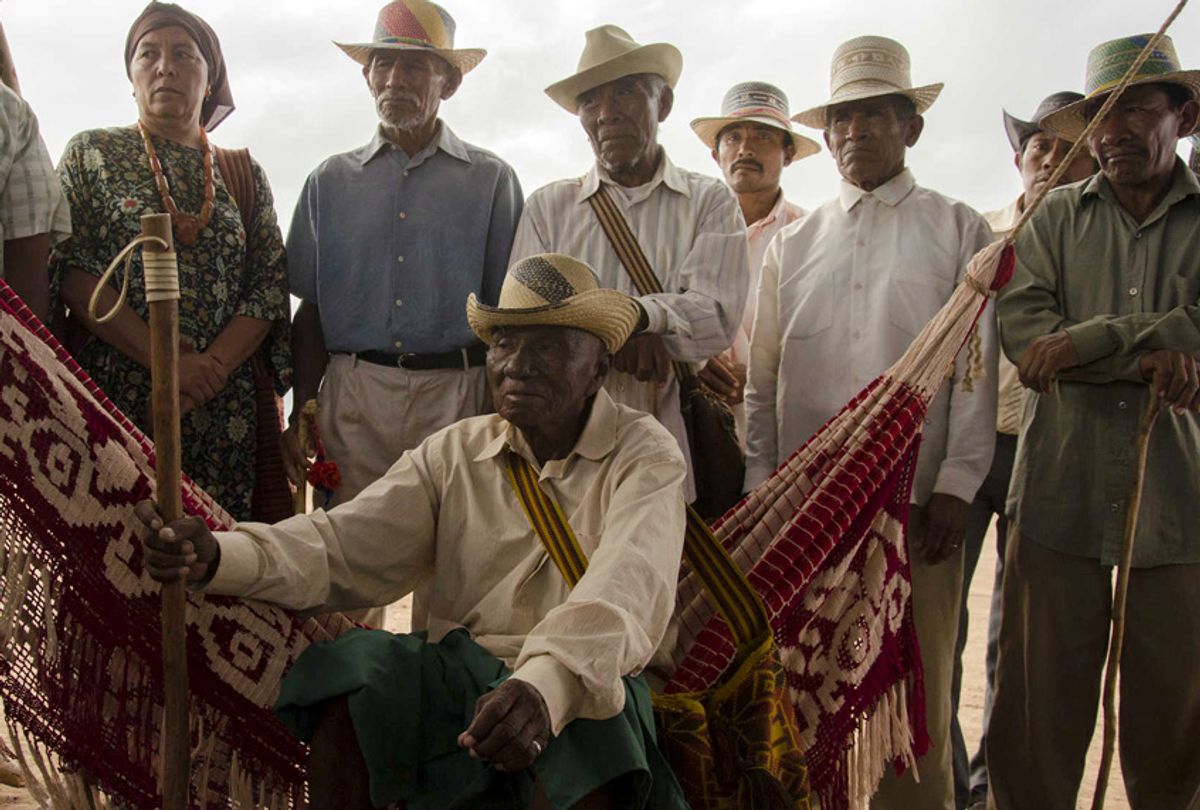 The Fall film season is in full force with Venice and Telluride festivals recently ending and the Toronto and New York slates unspooling. These prestige events showcase key international films that will campaign and compete for Oscars in the Best Foreign Language Film Category. While fewer than 25 countries have announced their submissions to date, there are usually 90+ films entered into a process that involves screenings, campaigning and committee decisions — and that’s just to get to the nine films for the shortlist.

The Best Foreign Language Film Oscar race is intense, and it can have a huge impact on international cinema, especially in countries with small film industries. Early prognosticators have pretty much indicated that Alfonso’s Cuaron’s astonishing “Roma,” would win the prize if it gets nominated. (It’s currently one of three films Mexico is considering for submission; Alonso Ruizpalacios’ fantastic “Museo” and Carlos Reygadas’ “Where Life is Born” (not previewed) are the other two.

“Roma,” had its U.S. premiere at Telluride last month with more than a dozen other Foreign Language Film Oscar hopefuls, including the Cannes Palme d’Or Winner, “Shoplifters” by celebrated Japanese filmmaker Hirokazu Kore-eda. Here are profiles of six films, four of which have been submitted, and two that will likely enter the race in the coming weeks and months.

Last year, the transgender drama “A Fantastic Woman” won the Best Foreign Language Film Oscar. That may hurt the chances for “Girl,” an intimate Belgian film about a transgender teen, to become one of the top five contenders. Director Lukas Dhost’s observant feature debut is a sensitive and unsentimental character study about Lara (Victor Polster), a 16-year-old in the process of transitioning her gender presentation. She is taking puberty inhibitors and training to be a ballerina. Her father (Arieh Worthalter) could not be more supportive. Scenes of them lying in a bed together or sitting in a car are beautiful and moving. He selflessly wants the best for his daughter and gives her unconditional love.

Dhost’s nonjudgmental film doesn’t traverse new territory for a trans film, and it features too much dancing, but it benefits from its authenticity. Watching Lara flirt with her cute neighbor Lewis (Tijmen Govaerts) or deal with peer pressure from other ballet dancers is compelling because these scenes express her eagerness to be accepted. But Lara’s story is most interesting in how she grapples with her body—there are many (too many) shots of Lara examining herself in a mirror—and trying to be comfortable in her own skin, like every teenager.

“Girl” emphasizes the damage Lara does to her feet through dancing, the way she tapes her genitals, and how she stops eating to undermine her body. These scenes convey her experiences working through her physical and emotional pain, and her struggles are palpable, culminating in a scene that will leave most, but not all, viewers gasping.

Directors Cristina Gallego and Ciro Guerra — their last film, “Embrace the Serpent,” was a surprise Oscar nominee in 2016 — will represent Colombia this year with their outstanding film, “Birds of Passage.”

This drug drama opens anthropologically, with a pre-title sequence that introduces members of the Walúu tribe in the Guajira region of Colombia circa 1968. Zaida (Natalia Reyes) is being courted by Raphayet (José Acosta), but her mother, Úrsula (Carmiña Martínez), is wary of him; he may not respect the ancient custom, ceremonies and traditions that emphasize family. When he gets involved selling marijuana, his success brings money, but it also causes him to risk his reputation, family and loyalty as things become complicated. A subplot has Raphayet’s hotheaded son Leonidas (Gredier Meza) dishonoring Raphayet’s cousin Anibal’s (Juan Martinez) daughter.

But “Birds of Passage” is closer in tone to “Narcos” than any telenovela. The violence in the film is fast and bloody, and full of haunting images, such as exhumed bodies, and ominous symbols of birds, locusts, and jaguars, as well as folks hellbent on revenge. Gallego and Guerra keep the story consistently absorbing as the action plays out and the bodies pile up.

“Birds of Passage” provides a fascinating look at a culture that employs “word messengers” as middlemen to broker peace and respect traditions that eventually become desecrated. The performances are superb, and the exotic and atmospheric landscapes are as dazzling as the action that unfolds. This film deserves to be announced as one of the top five films when the nominations come out.

Abbasi establishes and maintains an unusual, internal logic that will satisfy viewers who go along with every strange twist. However, all others — and many Oscar voters — might scratch or shake their heads. The compelling lead character grounds the film in humanity even when things get weird — and boy, do they. Tina (Eva Melander, a beautiful actress under tons of makeup) is a customs agent who can smell what people are feeling — shame, guilt, and rage, especially. This makes her good at her job and soon earns her a promotion. When Tina meets Vore (Eero Milonoff), who has the same scar she does — from being struck by lightning — these kindred spirits act on their attraction. They also enjoy eating insects.

Where “Border” goes from here is headlong into some disturbing places. As Tina starts to investigate her past and follow her nose on the job, she discovers some unsettling things. Abbasi never lets the story, which features some alien porn(!), get contrived. He is best emphasizing the tactile moments, such as Tina walking barefoot through a mossy forest, or peculiar ones, as when a moose inexplicably appears. The constant feeling of unease is what makes “Border” so compelling, but the messages about “different being better” come across clearly, too. This film may be a long shot for the Oscars, but hopefully some daring voters will get it shortlisted.

Director Markus Imhoof’s superb documentary (a rare non-fiction entry in this category) juxtaposes two narratives: one personal and one more generic. Imhoof begins by poignantly recounting the story of his family taking in Giovanna, a teenage refugee, at the end of World War II. He alternates his own history with observational footage of boatloads of African refugees being rescued at sea. Taken to Italy, these castaways are held in detainment camps and processed.

Imhoof puts viewers on the ship for the film’s first half and details a sea of refugees sleeping cheek-by-jowl, losing shoes, being fingerprinted, and examined for medical issues are evocative and fascinating. The tired, anxious, and occasionally hopeful faces of the immigrants speak volumes, but only a few of them are interviewed on camera.

“El Dorado” shifts to land, where the refugees try (often in vain) to apply for asylum. Some illegally work in fields harvesting tomatoes that are canned and sent to Africa, where the refugee’s families buy them with the money the refugees picking the tomatoes send home. It’s a vicious cycle and one of the key points this potent, heartfelt film makes about the global economy. “El Dorado” has an outside chance of getting on the Oscar shortlist (in part because it’s a doc), but that doesn’t mean viewers should not seek it out.

These next two films have yet to be nominated by their countries, but given the filmmaker’s pedigrees, both are likely contenders.

Matteo Garrone’s unflinching character study, “Dogman,” focuses on the title character, Marcello (Marcello Fonte), who ekes out a living as a groomer in a small Italian town. The film opens with him calming a violent, barking dog, a metaphor for the story to come. Loved and respected by everyone, Marcello is extremely caring for dogs, even sharing his pasta with his own pet in one comic scene. Marcello is also tolerant and oddly protective of Simone (Eduardo Pesce), the town’s violent loose cannon who bullies Marcello to procure him drugs, abetting his petty crimes, and more.

While everyone in town wants Simone gone, Marcello is able to use his gentle, accommodating nature to offset Simone’s outsized personality. However, their relationship changes after a crime.

“Dogman” has a strong chance at the Oscars because of Fonte’s expressive performance; he won the Best Actor prize at Cannes. While the question on everyone’s lips at Telluride was: “Do the dogs get harmed?,” the answer is no (save one non-fatal incident). However, the humans don’t fare as well in this intense and violent revenge tale.

Luminously shot in black and white, with every frame artfully composed, Pawel Pawlikowski’s powerful “Cold War” depicts the romance that develops between Wiktor (Tomasz Kot) and Zula (Joanna Kulig) starting in 1948 Warsaw, when he works with local folk singers and she performs in his shows. While the couple steal kisses and canoodle, he soon escapes to France. She eventually meets up with him while on a tour.

In Paris in the 1950s, their romance continues with Zula recording a record, but they also fight. As politics interfere with their relationship, music carries them through. Her dancing to Bill Haley and the Comets in and on a bar is as memorable as his improvised piano playing in a club as a way the characters express their emotions.

But while Wiktor can give Zula a glance that can melt her heart, or viewers can feel their passion in their simple embrace, so much of what happens between the lovers happens off screen. This is part of the film’s magic, and why “Cold War” casts a spell over audiences. It also assures Pawlikowski a berth on this year’s Oscar roster, if it doesn’t win him a second statue after “lda,” two years ago.