Nelson announced he will perform at a rally for O’Rourke, the Texas congressman challenging Sen. Ted Cruz 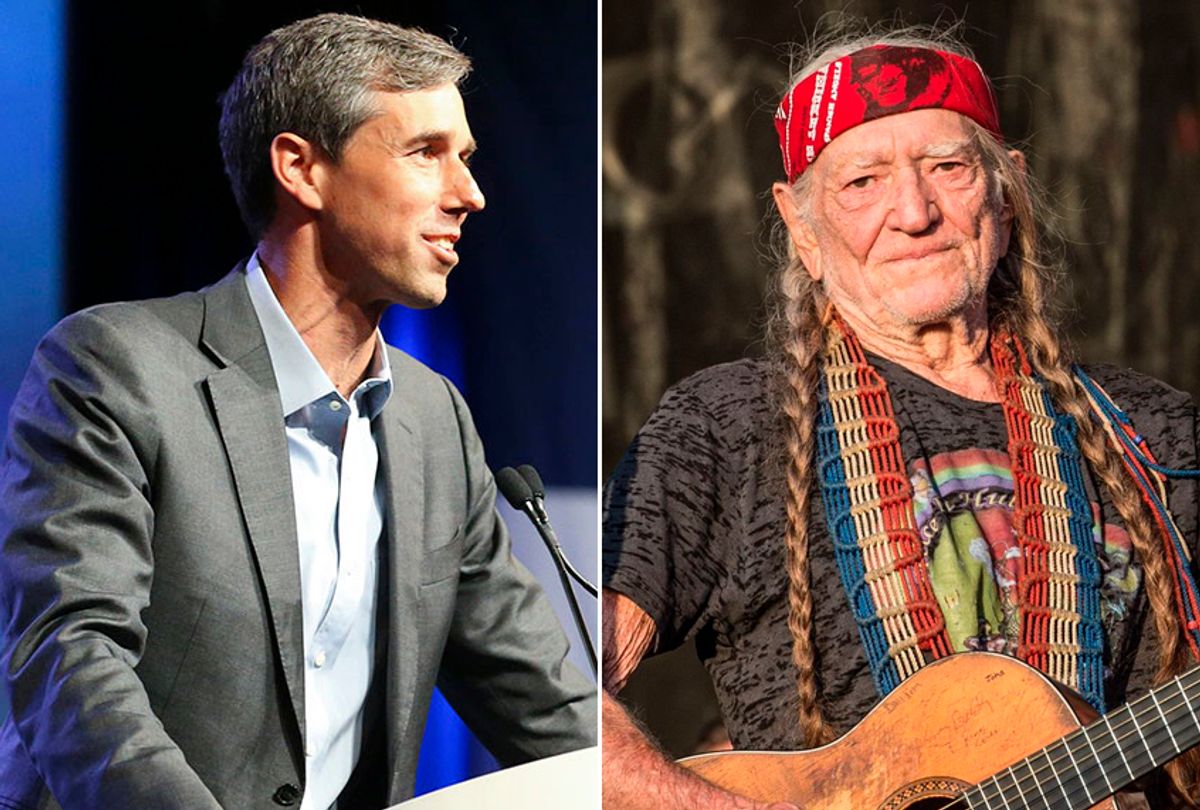 Some of Willie Nelson’s conservative fans are angry that the country legend is throwing his support behind Democratic Rep. Beto O’Rourke.

Nelson posted an announcement on his Facebook page that he’ll join his sons, Lukas and Micah Nelson, and musicians Joe Ely, Carrie Rodriguez and Tameca Jones to perform at a rally for O’Rourke, a Texas congressman challenging Republican Sen. Ted Cruz, reported KTRK-TV.

That outraged some of his fans, who lashed out against the 85-year-old Nelson on social media.

“Willie, your pot smoking has injured your brain!” said fan Rhonda Knapp. “You would be well served to stay out of politics!!”

“Goodbye Willie, I don’t support socialist commies!” complained David R. Williams. “You’re not going to advertise on my FB page either. Like we say in Texas, Now Git!”

“Good bye Willie … you are not on the right side,” lamented Melanie Philip. “Take a look around you and do the right thing … I always thought you were a patriot … wow what a let down. You would pick a socialist agenda and an Anti American fellow like BETO, shame on you.”

“I was going to buy his new release not now,” said Clara Peeples. “They will never learn I don’t care what he thinks about politics.”

“Willie use to be someone I looked up to,” posted Alan Huey. “Now he is just another John McCain with bitter hate and venomous garbage in his heart …. to bad …  should have stuck to singing and smoking a little weed.”

Nelson, who also performed with the guitar-playing O’Rourke in July, has helped raise more than $48 million to support farmers through the Farm Aid concerts he began organizing in 1985.

“It has been pretty obvious for a very long time that Willie Nelson is not a conservative,” said fan Kathy Goodwin Oleksy.