John Lydon wants you to know the truth: "People don’t know what I had to endure" 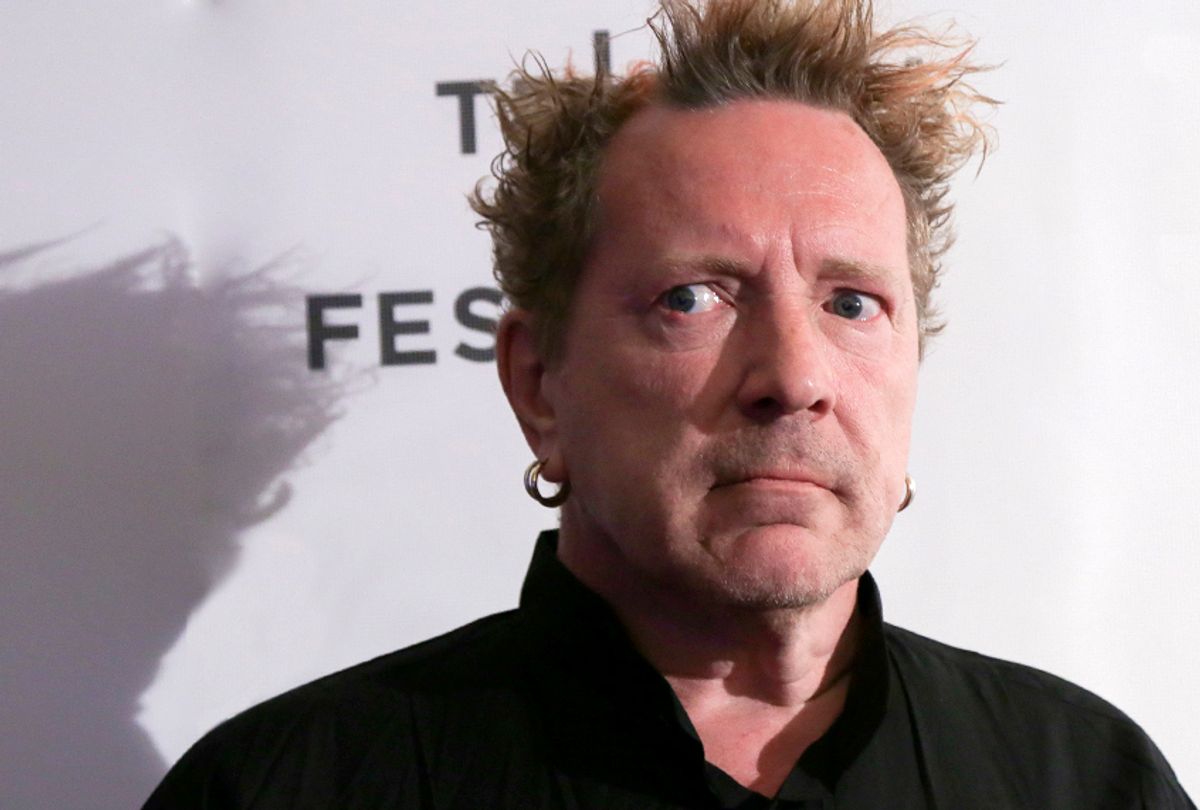 John Lydon — aka Johnny Rotten — is the subject of the rollicking new documentary, “The Public Image is Rotten,” which focuses mainly on his years in Public Image Ltd (PiL). The film, directed by Tabbert Fiiller, is an affectionate look at the band and its many transformations. But it also provides insight into Lydon’s own reinventions.

There are brief references to his childhood in Finsbury Park, where he contracted spinal meningitis, which caused him to lose his memory as a young boy. He also recounts DJing at his parents’ parties. There is, of course, some discussion of his rise to fame in the Sex Pistols and his feuds with Malcolm McLaren. But “The Public Image is Rotten” concentrates on Lydon being the band’s “centrifugal force.” PiL derived its name from a Muriel Spark novel and put out recordings like the “Metal Box,” which came in a metal canister and featured the single “Death Disco,” as well as “The Flowers of Romance,” among other albums, including one called “Album.” Their singles, “(This is Not a) Love Song,” and “Rise” are two of their best-known hits.

Fiiller uses interviews with Lydon and several of his bandmates, including Keith Levene and Jah Wobble, to tell the story of PiL. There is footage of their famous "riot show" at the Ritz Theater in New York, where the crowd tore down the screen the band performed behind in silhouette. There are also stories of a concert where Lydon was spit on by the audience, which prompted him to consider cancelling the performance.

Anecdotes by The Red Hot Chili Pepper’s Flea, who seriously debated about joining PiL when he was asked, and clips from Tom Snyder’s “Tomorrow” — one during which Lydon misbehaved, and another where he was more apologetic — round out the portrait of the man and his band.

Has one of punk rock’s baddest of boys grown up? Salon spoke with Lydon about “The Public Image is Rotten,” the importance of truth, his career, his new film, and how the universe works.

I really appreciate that “The Public Image is Rotten” concentrates mostly on your career with PiL. But why make this film now? Are you trying to set the record straight?

We put an awful lot of Sex Pistols footage in and had problems getting rights from people who should have been favorable to it. It’s odd that my life is being manipulated by other people. It’s frustrating. I like this doc a lot. It gives the opportunity to tell the story from PiL backwards. Many people don’t know what I had to endure.

It’s not like it was a planned work. Someone volunteered to film us and get the footage and celebrate the last two PiL albums when we reformed and became independent of the shitstorm [Rotten’s term for the music industrial complex]. It’s trying to tell the truth — not set the record straight. At this point in my life, there are those whose beliefs are firmly entrenched, and those that aren’t need wellingtons.

What I admire about you is your constant reinvention. I like that you do what you want, even if that upends everyone’s expectations. Can you talk about how you recalibrated your career at every turn?

It was not deliberately so. I’ve seen docs in the past where David Bowie would take credit for doing that [reinventing]. I don’t know that that is what I do. You naturally shapeshift through the decades. You see things in greater detail and you improve on your work through your experiences in life. It’s not reinvention — it's more being truthful.

I’ve just done 39 gigs all over Europe and Japan. That’s a serious workload and we’re only halfway through. We’re going to drag this tour out through America until Mexico City. Hard work never hurt anyone and that’s the essence of what PiL is. Not hanging on our laurels. It might be easier to book in larger auditoriums. But I didn’t do this to stare at cigarette lighters 200 feet away. I did it to connect directly with the audience. This is church without religion. Go to our website pilofficial.com. It tells you nothing but truth: our tour dates and there.

How much did you work with Tabbert to review photos, film clips, songs, and concert footage to help shape the film?

An awful lot of work was done by John “Rambo” Stevens, my best friend and my manager. He seriously put a lot of work into this. Everyone else made contributions that were not quite as much, but enough. It’s important that you understand that with PiL, everyone becomes part of the team. It’s like a Viking raiding party bringing you honesty. I fought as hard as I could not to be part of the shitstorm.

People [suggest] I am a sellout. Don’t you think I’d take an easier route? It’s not easy to have integrity and empathy and care about what you‘re doing. This is what matters to me. That gives me the driving force to continue. It’s not the money. I smile in the face of adversity. I can’t see anywhere where I’ve hurt anyone deliberately, stole, ripped off, lied, or created a fake delusion, so why make it difficult for me?

You have created some enduring songs. I particularly love “Rise,” which I’ve not stopped singing since I saw the film a week ago. Do you have a sense when you write or record a song that it will have so much impact, and influence and meaning for folks?

It’s odd and bizarre when I made the record, the label said that it won’t work; that what we need is a hit single. I had to find other ways of releasing it. “(This is Not a) Love Song” became a hit in Germany. I broke my contract because they [the label] didn’t think it would go somewhere, and it did. That’s an unfortunate position for anyone to face — your own label against you for creating anything. Yet they sign other bands doing watered-down versions of what we’re doing. That’s reality, not self-pity. That’s a terrible indictment on an industry that doesn’t appreciate its most strident workers. That kind of damage was affecting me from very young onwards. Eventually your resilience tarnishes.

When Ginger Baker, Steve Vai, and various odds and sods wants to work with me, that’s a compliment. Look what we can achieve. Why can’t that be easier in the first place? When [we] made “Album,” I didn’t give Elektra the list of contributors. They said they couldn’t support me working with unknowns. These are the experts? And half-baked vaginas like me know nothing?!

What meaning do your songs have for you?

I have to tell the truth of my own life. Songs should be accurate representations and portrayals of what you’re doing. That’s what songwriting is. That seems to be resented. Well, f**k off! If you can’t take the truth, what do you want out of us? And what is the point of music? I’m trying to communicate with fellow humans best I can. That’s an open question. Don’t anyone out there expect me to have morals. For me, morals have a religious connotation. I’m Johnny. I have values. They are more important.

I see you as a wiser, older man in the film, someone whose fame has been earned and now commands renewed attention. What are your thoughts on aging?

I have no problems with aging. I’m not Pete Townsend; I hope I get old before I die. Pete’s a friend. We’ve had debates on this. I’m glad I’m not a teenager. I had nothing of a childhood because of illness. You mature with age. I don’t apologize for it. The more you live, the more you learn, and the more you became useful to your fellow humans. That’s been my life.

Is anger still your energy?

It’s not just a catchy phrase. It’s an actual philosophy. I lost my memory [when he had meningitis as a child] and needed all the help I could get to recover. My parents were told to keep me angry to spur my memory back. So anger is my energy. In “Rise” that goes to South African politics. We have to understand those connections. Does the universe spin to right or to the left? Look at a sunflower’s pods. That how the universe works.