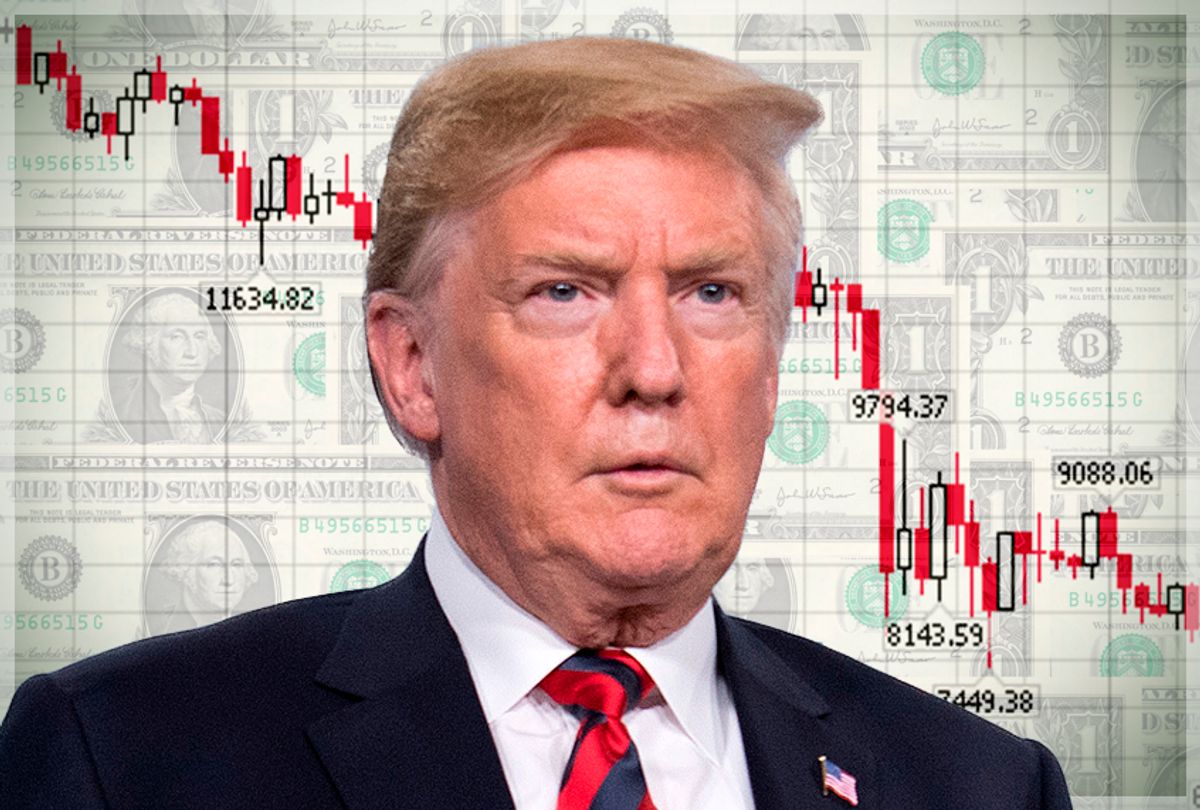 President Donald Trump has once again seen one of his signature economic promises upended by reality.

The promise? It involved Trump's sweeping tax law overhaul, which included a stipulation that American corporations that attempted to repatriate foreign profits would no longer be taxed when they do so, save for a one-time tax on old earnings.

"We expect to have in excess of $4 trillion brought back very shortly. Over $4 [trillion], but close to $5 trillion, will be brought back into our country," President Trump told business leaders in August at his golf course in Bedminster, N.J., according to The Wall Street Journal. ". This is money that would never, ever be seen again by the workers and the people of our country."

Yet the Journal reported some bad news for Trump, and the American people in general, when it comes to the repatriation of this foreign capital:

The Wall Street Journal reviewed securities filings from 108 publicly traded companies accounting for the vast majority of an estimated $2.7 trillion in profits parked abroad, and asked each company what it was doing with the funds. In their filings and responses, they said they have repatriated about $143 billion so far this year.

According to the Journal's reporting, independent analysts are not anticipating repatriation even close to Trump's heavily touted $4 trillion mark. The first quarter of 2018 only saw $305.6 billion in repatriated capital. Of that, more than $35 billion reflects funds routinely repatriated on a quarterly basis, which would have likely come back to the U.S. even without the tax reform bill. A portion of that amount also consists of new profits earned since December ,and that would not have been subject to repatriation taxes in the first place, which applies to past profits that have been stockpiled over time.

As the Journal also reviewed, part of the problem is that it is not necessarily easy to repatriate foreign capital just because some of the pre-existing tax obstacles have been removed.

Even without the federal government taxing new foreign income as it comes home, costs remain to moving cash across borders. Some U.S. states tax repatriated profits, and some countries impose taxes on dividends paid to parent companies.

Technical rules for the one-time U.S. tax on stockpiled profits aren’t final, leaving some companies wary of making big changes too soon. That tax, payable over eight years, is expected to bring in $339 billion, according to a federal estimate.

This isn't the first time this month that Trump's rosy economic proclamations have been corrected by the cold, hard truth. Fox News had to correct Trump after he tweeted that "the GDP Rate (4.2%) is higher than the Unemployment Rate (3.9%) for the first time in over 100 years." Fox News Research corrected him, writing that "since 1948, there have been 63 quarters with a GDP growth rate higher than avg quarterly unemployment rate."

Why are millennials unionizing?