“It does feel political to me, and I think that’s what a lot of people hate about politics" 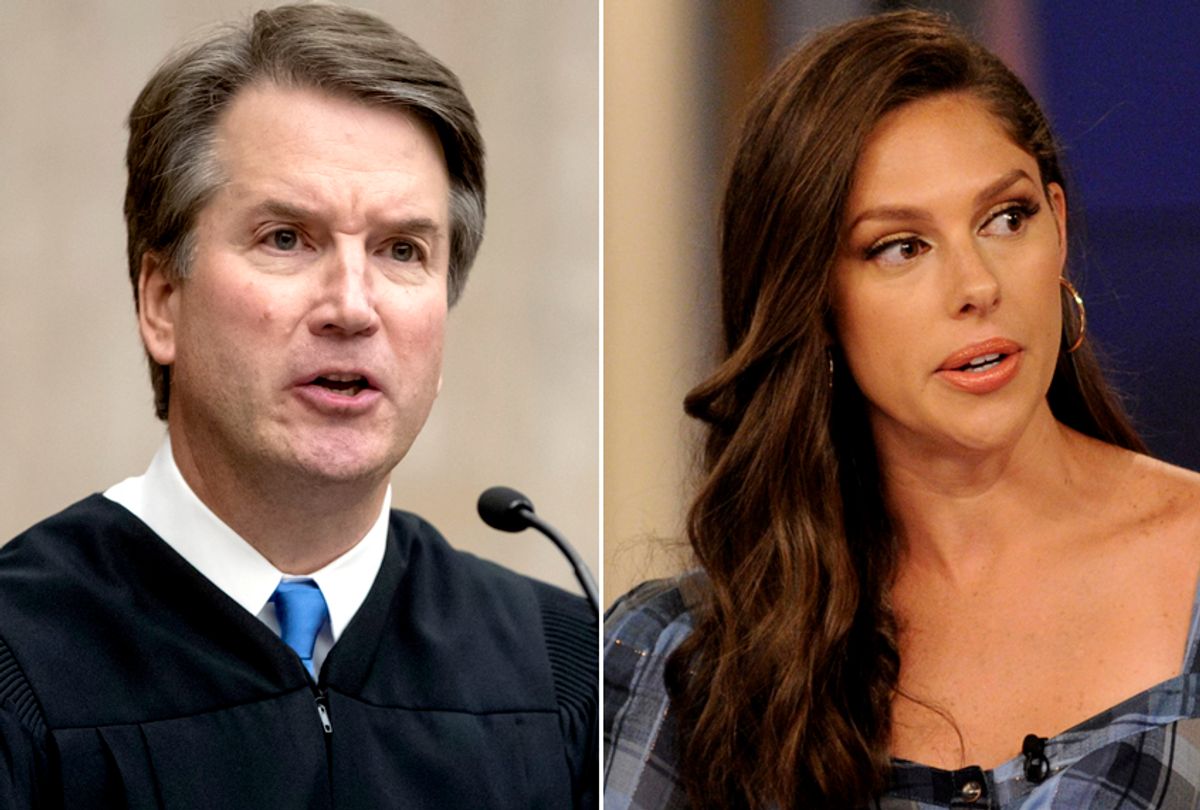 "The View"’s Abby Huntsman on Monday tried to offer some “alternative facts” about how Democrats handled the sexual assault allegations levied against Supreme Court nominee Brett Kavanaugh by Christine Ford, who claims the nominee tried to sexually assault her in the 1980s. For the rest of her co-hosts it was a game of “whack-a-mole”, as they smacked down one of her claims after the other.

“I feel for her in this moment because she’s obviously kept this with her if this is all true for almost 37 years now,” Huntsman began, decrying both the state of American politics and Republican treatment of Merrick Garland, who was denied by the GOP the courtesy of a hearing or a vote. “Dianne Feinstein had this letter where this woman anonymously details what she went through. It seems as if the Democrats put this in a drawer and said ‘this is big and this is going to benefit us if we use the time perfectly.'”

Whoopi Goldberg pounced. “You do know that she asked Dianne Feinstein to keep it private?” she asked rhetorically, correcting Huntsman. “We don’t know who leaked. There’s some conversation that perhaps the young woman’s husband in a way to get his wife’s story out there because people weren’t talking about it.”

In fact, “the bottom line really is, you know, the Democrats couldn’t win with this one,” Goldberg added. “If they brought it out in July, people would have said, ‘oh, you’re bringing it out to hurt him because he’s a fan of the president.’ If they waited and not done it people would have said, ‘oh you’re doing it because it’s political.’ I don’t think they could have won here.”

But Huntsman continued her line of argument, sharing her personal feeling on the issue and saying “it does feel political to me and I think that’s what a lot of people hate about politics.”

This was too much for co-host Sunny Hostin, who smacked down Huntsman’s narrative. “The timeline really doesn’t support that the Democrats somehow kept this a secret intentionally to sort of drop a surprise,” she pointed out, going over key points in Ford’s story, which began in 2012 when she revealed the attack in a couples therapy session. If accurate, the allegation had existed for nearly six years before Ford shared her story publicly.

“If you know what this woman wrote you, why not use that as an opportunity to say —,” Huntsman began, asserting that it was all political. But Hostin corrected her, noting that Feinstein had sent the letter to the FBI, while Goldberg repeated that had the Democrats exposed the letter themselves, they would have been accused of playing politics with the nomination.

Huntsman tried again. “The Democrats now know if you bring it out the week before they’re going to have a vote, Republicans have no choice,” she said. “And now they’re not going to have another nominee until after the mid-terms.”

“But they didn’t do that,” responded a clearly frustrated Goldberg. “I’m sorry, this all went down because [online news magazine] the Intercept made a decision to release that. Dianne Feinstein didn’t release that.”

In what appeared to be an attempt to save face, Huntsman pivoted and acknowledged she could “only imagine the conversation that Kavanaugh had to have with his two daughters”, as Goldberg brought up similar scandals that had felled others.