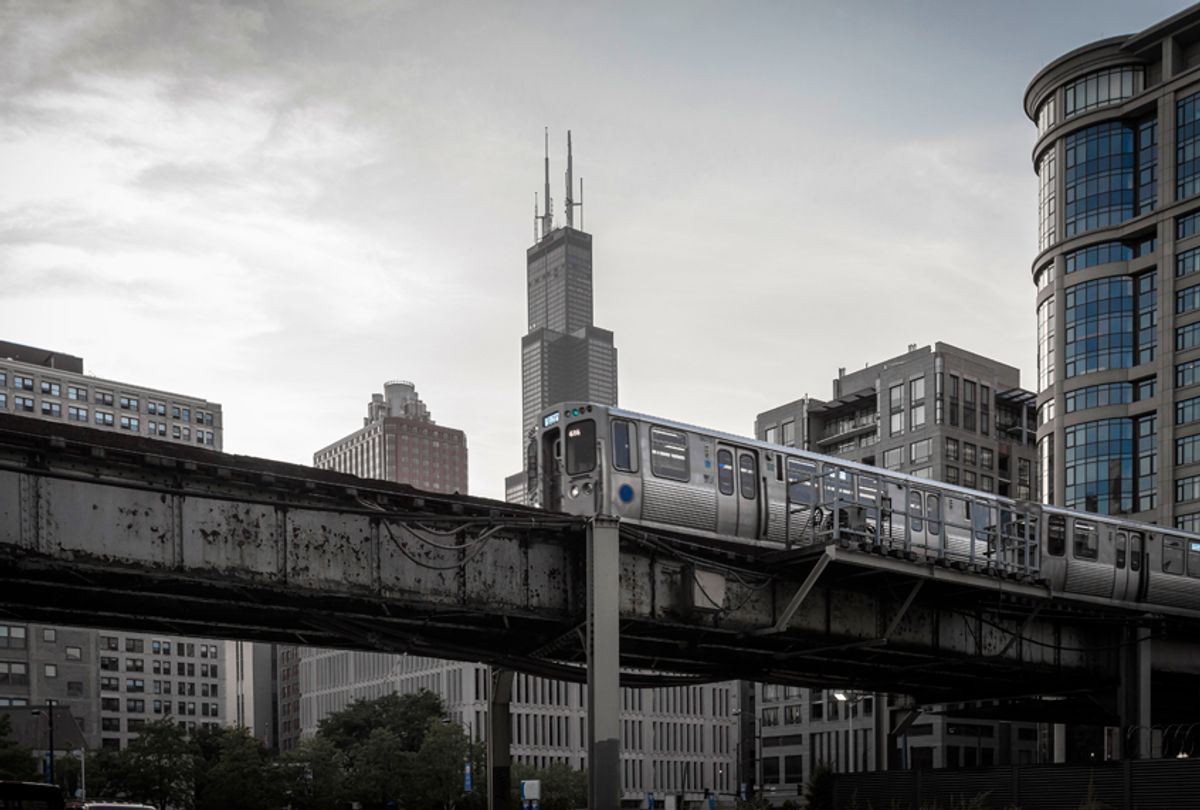 In one of the city’s largest work stoppages in years, thousands of unionized hotel workers across downtown Chicago are on strike to win a new contract.

Since Sept. 7, over 6,000 housekeepers, cooks, doormen, bartenders, servers and dishwashers with UNITE HERE Local 1 have been picketing outside 26 hotels, including the Palmer House Hilton, Hyatt Regency and Sheraton Grand. Spirits are high as striking workers and supporters maintain loud and energetic picket lines at all hours of the day.

Contracts at 30 downtown hotels — each negotiated separately — expired on August 31. The strike was authorized two weeks earlier by 97 percent of voting union members.

In addition to raises, safer workloads, increased sick days and improved job security, workers are fighting to win year-round health insurance. Hotel workers with lower seniority are typically laid off during the winter months, when business gets slow, and lose their healthcare until they are rehired in the spring.

“Hotels may slow down in the wintertime, but I still need my diabetes medication when I’m laid off,” Q. Rivers, a house attendant at the Palmer House, says. “They work us like dogs when it’s busy and then kick us to the curb in the winter.”

“It’s terrible. You can’t go see a doctor and you have ailments from working here, cleaning 16 rooms a shift,” explains Tina Graham, a housekeeper at the Palmer House. Required to lift the corners of 100-pound mattresses and push heavy supply carts across carpeted floors in a short amount of time, hotel housekeepers suffer a 40 percent higher injury rate than other service sector workers.

UNITE HERE members in Chicago pay about $50 or less per month in health insurance premiums, but existing contract language does not provide for year-round coverage. In Atlantic City, Las Vegas, and New York, UNITE HERE locals run their own non-profit healthcare clinics where members pay no premiums at all.

“We’re tired of being stepped on, when these billion-dollar corporations are getting all this money and then they forget us,” says Larry Lewis, a houseman who has been working at the Palmer House for 18 years. “They forget that we’ve made these places five-star, world-wide-class hotels.”

The last time workers at this many city hotels were out on strike in unison was all the way back in 1903.
UNITE HERE Local 1 famously led a decade-long strike at the Congress Hotel from 2003 to 2013, and also waged a nearly four-year contract campaign against the Hyatt — which included occasional one-day strikes — that also ended in 2013.

More recently, women members of Local 1 led the charge in getting the Chicago City Council to pass the groundbreaking “Hands Off Pants On” ordinance, a law requiring hotels to provide panic buttons to housekeepers so they can alert security when sexually harassed by guests. The law was passed last October and went into effect on July 1 of this year.

But the current strike is the first time in recent memory that workers in multiple Chicago hotels have walked off the job at the same time, and it appears to have taken management by surprise.

The hotels where workers are on strike are struggling to cope, with guests reporting check-in delays and dirty rooms as managers are forced to change bedsheets. The problems will likely be compounded this week as downtown hotels welcome over 100,000 visitors for the International Manufacturing Technology Show at the McCormick Place convention center.

Meanwhile, striking workers are showing no signs of fatigue and promise to stay on the picket lines until management concedes to their demands.

“Everybody understands what’s at stake and we feel that by being together we can uplift each other, we can empower each other to make sure that the company hears our demands and gives us the respect that we deserve,” explains Palmer House bartender Roushaunda Williams.

“If I had to be out here 20 years until they get it right, I don’t care,” Lewis insists. “If you look around and you see these people with me, it’s nonstop. They’re going to have get it right or we’ll be out here.”