Tons of promises were made at Jerry Brown’s climate summit, but only one requires rockets 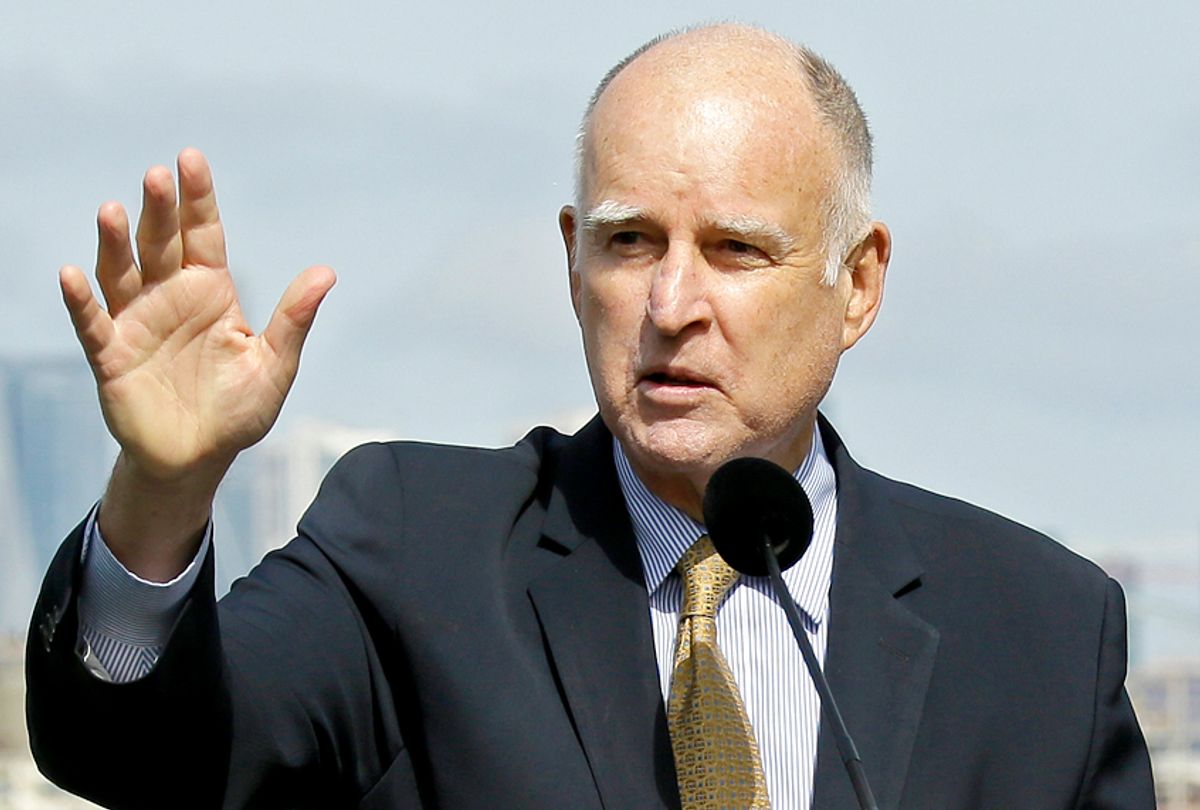 California’s Governor Jerry Brown, once nicknamed “Governor Moonbeam,” announced on Friday that the state was launching its own satellite, a state-level space force to monitor greenhouse gas emissions. It was one of more than 500 commitments announced at the Global Climate Action Summit to cut pollution and protect the earth’s life-support systems, but Brown’s was the only one that required rockets.

With Brown sitting next to him on the last day of the summit, Washington Governor Jay Inslee told a few dozen reporters gathered on the sidelines of the summit a few reasons he’s hopeful for the future.

One has to do with the elections in November. Inslee expects the results will lead to more governors taking office who join the alliance of states that have stood behind the Paris climate agreement after President Donald Trump decided to pull the country out. Another reason has to do with how the world is still pushing forward.

While Trump undercuts international deals left and right (not just Paris, but agreements to phase out super-polluting hydroflurocarbons), Brown’s summit was aimed at demonstrating that there’s still a huge appetite for action, and that action is already underway. Some 27 cities announced that they have seen their emissions fall over the past five years — including Paris, London, and New York City.

“We will act when nations fail, including our own,” said New York City Mayor Bill de Blasio, offering one of the back-to-back rallying cries from the summit stage.

So what did they promise? Here’s a short list:

To be sure, these big promises could go as unfulfilled as many others. During the Paris talks in 2015, rich nations committed to pay billions into the Green Climate Fund. They haven’t. Back in 2014, a bunch of big corporations pledged to end forest loss, then backed away when they realized the magnitude of that challenge.

“We’re falling behind, and there’s a real risk of missing the 2020 goals on the New York Declaration on Forests,” said Lou Leonard, the World Wildlife Fund’s senior vice president for climate change and energy.

Still, Leonard said, he’s hopeful because these pledges force leaders to engage with the challenges, make mistakes, and begin to learn from them.

A report from the United Nations, published just before the summit found that pledges from corporations, cities, states, and regional governments were, at most, a third as large as the national goals. That percentage will leap when the commitments made during this summit are added in. And if these efforts scale up to their full potential, according to the report, “this would be instrumental in bridging the emissions gap to ‘well below 2 degrees Celsius’”.