#MeToo hits fast food: Why McDonald’s workers are out on a historic strike 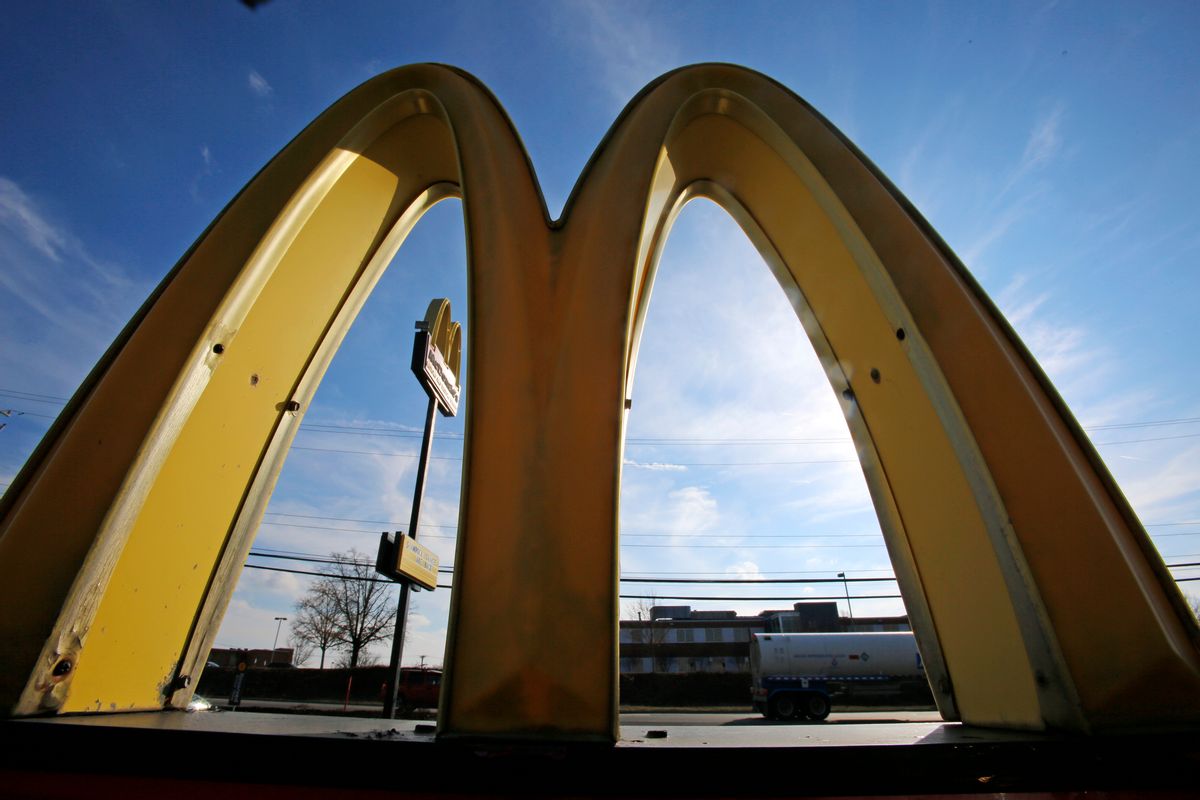 While a string of fast food strikes has hit chains in recent years, this time workers aren’t walking out for higher wages, but for respect and freedom from harassment in an industry known for rampant abuse.

In the non-unionized fast food industry, marked by high turnover, low wages, and poor to non-existent benefits, sexual harassment is endemic. A recent study of fast food restaurants such as Taco Bell and McDonald's found that 40 percent of workers reported experiencing sexual harassment at work. A full 60 percent of the women who reported multiple occurrences of harassment said they felt pressure to accept the abuse because they could not afford to quit their job.

McDonald’s has faced a slew of lawsuits related to sexual harassment in recent years. In October 2016, Fight for $15, the group advocating for minimum-wage increases in the service sector, filed 15 sexual harassment claims with the Equal Employment Opportunity Commission, accusing the McDonalds corporation and franchisees of failing to protect—and sometimes retaliating against—workers reporting harassment.

According to the National Women’s Law Center, an organization supporting the striking workers, McDonald’s management routinely “initiated or disregarded” instances of sexual harassment. Among the incidents reported by the Center: A 15-year-old cashier in St. Louis who was asked by an older male employee: “Have you ever had white chocolate inside you?” When the 15-year-old reported the harassment to her manager, she was told, “you will never win that battle.” In New Orleans, a female worker complained about a co-worker groping her, to which her manager responded that she should “take it to the next level” with him. This same worker also endured an attempted sexual assault, which she did not report because of her past experiences.

“By funding the legal representation in these cases, we hope to help ensure that these charges will be a catalyst for significant change,” Sharyn Tejani, Director of the TIME’S UP Legal Defense Fund, said in a statement. “Few women working in low-wage jobs have the means or the financial security to challenge sexual harassment. As shown by these charges and thousands of intakes we have received at the Fund from women in every industry, those who report their abuse are often fired, demoted or mocked—and since nothing is done to stop the harassment, nothing changes.”

The TIME’S UP Legal Defense Fund is the latest example of the #MeToo movement’s solidarity with low-wage workers. The Fund, which arose as a response to the sexual harassment faced by women in Hollywood, has now amassed over 200 volunteer lawyers, and has pledged to support “the factory worker, the waitress, the teacher, the office worker.” The organization was also led to this cross-class alliance in part by expressions of solidarity from workers across sectors, including a letter signed by 700,000 female farmworkers associated with the Alianza Nacional de Campesinas, and a 2017 “Take Back the Workplace” march in Los Angeles.

The strike is historic. While labor organizing campaigns have often made sexual harassment a focal point, this strike marks the first multi-state action devoted solely to the issue.

Workers organizing against sexual harassment at McDonald’s can draw from a long tradition. In the 1830s, one of the first labor struggles in the early phases of American industrialization centered around addressing the sexual harassment and assault faced by female mill workers in Lowell, Massachusetts.

In one of the first efforts to organize workers at a restaurant chain, the Hotel Employees and Restaurant Employees International Union (HERE) launched a six-year campaign during the 1960s to organize Playboy Bunnies. The campaign centered around combating the sexist workplace of the Playboy Clubs, an environment rooted in Hugh Hefner’s ethos that “women should be obscene and not heard.”

In the book Feminism Unfinished, Dorothy Sue Cobble writes that tenacious HERE organizer Myra Wolfgang told reporters the Bunnies would “bite back” against Playboy’s sexist working conditions.  And that’s just what they did. According to Cobble, management ultimately agreed to a “national contract promising to pay wages to Bunnies (previously the women relied solely on tips) and allow Bunnies more discretion over uniform design, customer interactions, and company appearance standards.”

While historically unions have (albeit sometimes unsuccessfully) been a bulwark against sexual harassment, fast-food empires like McDonald’s have always been closed off to unions. Without the protection of a union, fast food workers are particularly vulnerable to harassment. But, according to sexual harassment expert Lin Farley, the equation can also be reversed: Harassment can be a tool to prevent unionization and collective worker struggle. “You have fast-food managers systematically using sexual harassment to keep turnover high, so they don't have to unionize, they don’t have to give higher wages,” Farley told On the Media.

That might be changing, however. With a more class-conscious #MeToo movement, a wave of militant teachers’ strikes, anti-sexual harassment campaigns and strikes in the majority female hotel industry, it’s clear that women are fed up with abuse in the workplace. The McDonald’s strike shows that this increased organizing may soon translate into more wins for labor in the most exploited sectors like the fast food industry, where class struggle is now on the menu.