Incumbent Republican Senator Ted Cruz of Texas could be on track to keep his seat in Congress, a new poll suggests 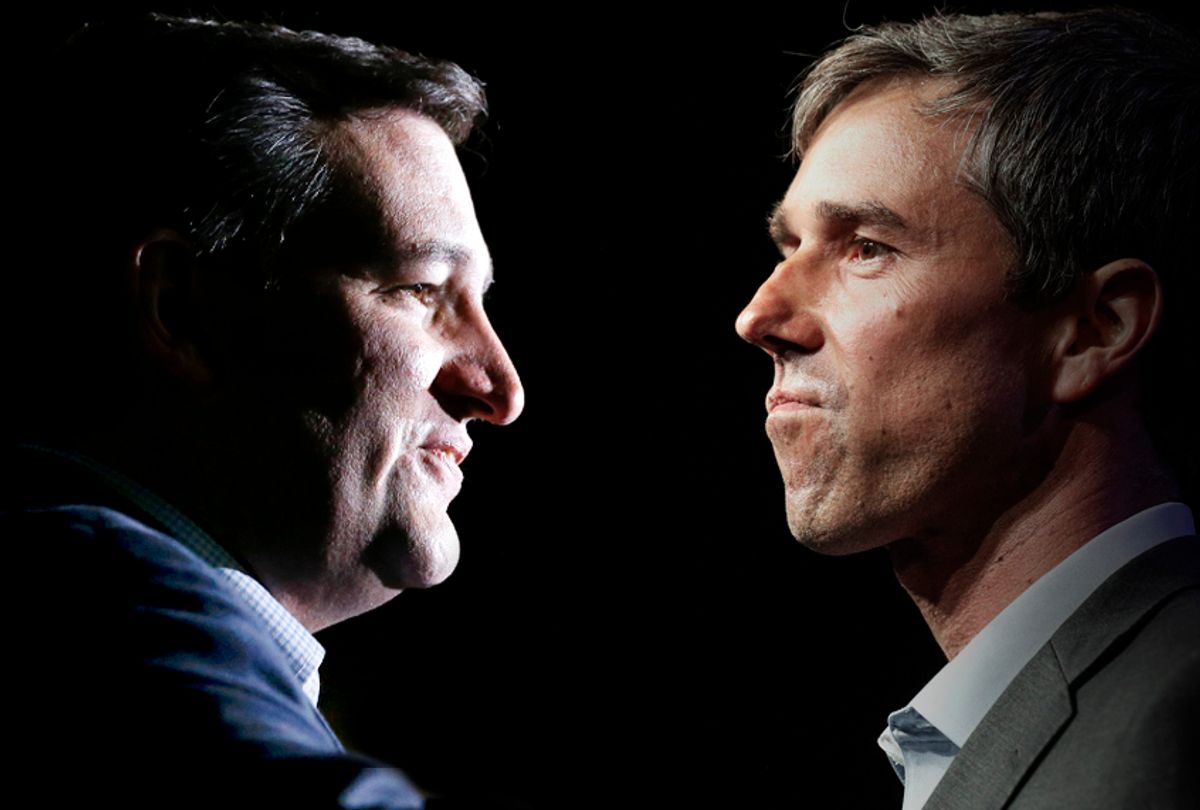 Republican Senator Ted Cruz of Texas could be on track to keep his seat in Congress, a new poll suggests.

The Republican incumbent tops Rep. Beto O'Rourke, his Democratic challenger by nine points — 54 to 45 percent among registered voters, according to a Quinnipiac University Poll released Tuesday.

"The Texas U.S. Senate race between Sen. Ted Cruz and Congressman Beto O'Rourke and Democratic hopes for an upset win there have boosted talk of a Senate takeover. These numbers may calm that talk," said Peter A. Brown, assistant director of the Quinnipiac University Poll. "Congressman O'Rourke may be drawing big crowds and media attention, but Texas likely voters like Sen. Cruz better."

With Election Day less than 50 days away — 49 days, to be exact, as of this writing — the majority of voters in Texas say their minds are already made up. While Cruz is the current favorite in his race for re-election, the race is tight.

Earlier this month, Mick Mulvaney, the federal budget director for Trump's administration, questioned Cruz's ability to pull out a win this fall, calling into question the incumbent senator's likability without actually mentioning him by name.

"There's a very real possibility we will win a race for Senate in Florida and lose a race in Texas for Senate, OK?" Mulvaney told Republicans at a closed-door meeting. "I don’t think it's likely, but it's a possibility. How likable is a candidate? That still counts."

Cruz's vulnerability appears to be the result of both the strength of his political rival and the proverbial "blue wave" that ensued after Trump's election. For his part, Mulvaney has declared the Democrats were putting forward a "movement of hate," and questioned what the party's message was beyond being anti-Trump. "What is the signature piece of legislation they’re against? The tax bill?" he asked in the Republican meeting.

Quinnipiac University surveyed 807 Texas likely voters from Sept. 11 through Sept. 17. The margin of error for total respondents in Texas is plus or minus 4.1 percentage points.