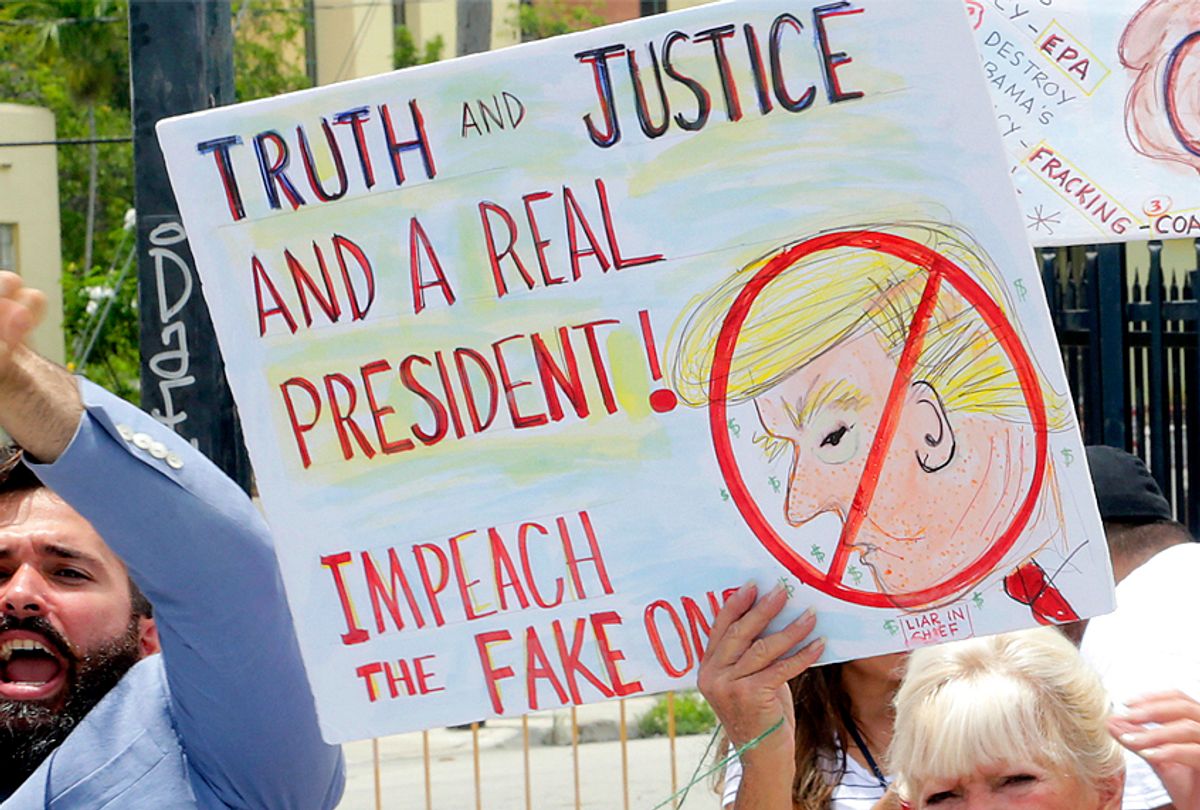 Republicans have lost the first election in Missouri since scandal-plagued GOP governor Eric Greitens resigned, allowing a Democrat to hold the seat for the first time in more than a decade.

Democrat Lauren Arthur prevailed with a double-digit margin over Republican Kevin Corlew in a special election for a state Senate seat in a district that backed both President Donald Trump in 2016 and Mitt Romney in 2012. Arthur, a former teacher from Kansas City, beat Corlew with 59.6 percent to 40.3 percent of the vote.

Tom Perez, the chair of the Democratic National Committee, applauded the news on Tuesday, calling Arthur a "dedicated public servant" who will be a "strong, independent voice fighting for children, working families and seniors in Missouri's Northland," CNN reports. "Tonight's result is the latest example of the unprecedented energy we're seeing across the country, and further proof that when we organize, we can win everywhere," Perez added.

Arthur's victory in the race for the state's 17th Senate District in Clay County could signal the GOP's clutch on Jefferson City has declined after a months-long scandal surrounding former Republican governor Eric Greitens. The Northland special election was held to replace former Republican Sen. Ryan Silvey, who is now a member of the state's Public Service Commission. It took place one week after Greitens resigned the governor's post in disgrace.

Arthur's win in the race for the state's 17th Senate District in Clay County represents the 42nd red-to-blue flip in state legislative races since President Donald Trump took office, a sign for the proverbial "blue wave" that suggests Democratic voters are prepared to take on the president in November.

"For too long the priorities and pet projects of billionaires and corporations have been put ahead of investing in Missourians. We sent a message loud and clear that we demand great public schools . . . and a transparent and responsive state government," Arthur said in her victory speech.

Arthur focused her campaign on labor rights and combating inequality, a message she said resonated with voters in the district. "I think we spoke about issues that mattered to them. We spoke about working families and how they’re being left behind," Arthur told The Kansas City Star in a phone call Tuesday night.

Democratic Sen. Claire McCaskill, who is up for reelection in November, cheered Arthur's win on Tuesday.

"Congratulations Senator Arthur! It's a flip...red to blue," she tweeted. "Thanks to all the hard work of Lauren and many volunteers we have won a state senate seat that Trump won and was held by a Republican. By a lot!! Not even close...."

Despite the win, Republicans still control 24 out of 34 seats in Missouri's state Senate.