The Democratic Party is on track to regain control of the Senate, according to a pair of new polls

Polls reveal that Rep. Kyrsten Sinema (D-Ariz.) and former Gov. Phil Bredesen are ahead in Arizona and Tennessee 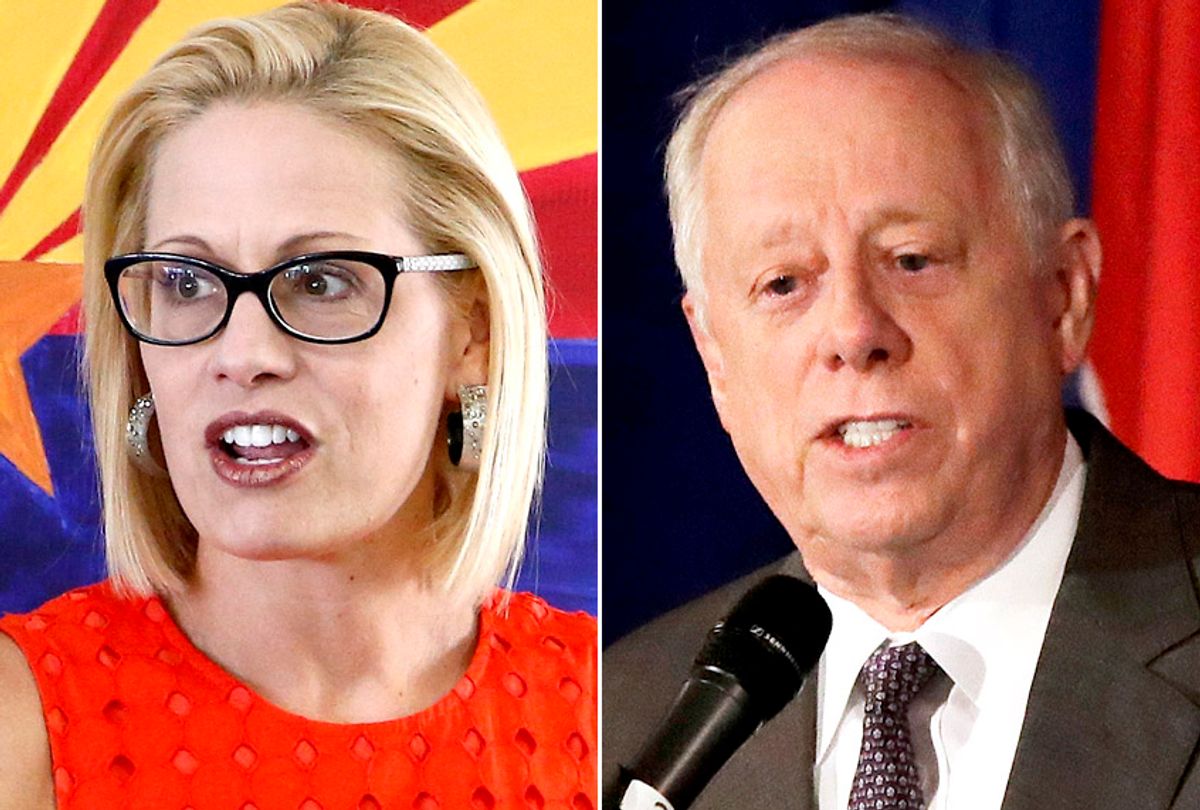 The Democratic Party is on track to regain control of the U.S. Senate in this fall's midterm elections, according to the results of a pair of CNN polls released Monday.

Democratic candidates are leading in two critical Senate races in Republican strongholds. The polls reveal that Rep. Kyrsten Sinema (D-Ariz.) and former Gov. Phil Bredesen are ahead in Arizona and Tennessee, respectively. The Democratic candidates are vying for two Senate seats left open by two retiring Republican Senators — Sen. Jeff Flake of Arizona and Sen. Bob Corker of Tennessee — who have been publicly critical of President Donald Trump.

Sinema tops Rep. Martha McSally (R-Ariz.) by 7 points — 50 percent to 43 percent among likely Arizona voters and by a similar 48 percent to 41 percent among registered voters. The slight advantage for Sinema in the race to fill Flake's seat could partly reflect the fact that a majority of Arizona voters disapprove of the way Trump is handling his job as president, according to the poll. Sinema also leads McSally in positive favorability, although both candidates are viewed more favorably than unfavorably.

"Democrats need to win at least one of these two races to pull off an upset and win the Senate — and potentially both if Democrats cannot protect every single one of their 26 incumbents currently on the ballot," he explained. "These are both Republican states, although they are trending in different directions: Tennessee has been getting redder, while Arizona is becoming more of a swing state. So Arizona is probably the better Democratic target, but Democrats are very happy with Phil Bredesen's campaign and are encouraged that he has made Tennessee a real race."

With Election Day less than 50 days away — 49 days, to be exact, as of this writing — the majority of voters in Arizona and Tennessee say their minds are already made up. Still, roughly one in six voters in the two states say there is a chance they would change their mind before Nov. 6 — enough voters to impact both races.

As of this writing, FiveThirtyEight gives the Democratic Party a one-in-three chance of winning control of the Senate in November.