Bob Corker is retiring — and this time he means it

After mulling over his initial decision to retire, Corker has decided this will be his final year in the Senate 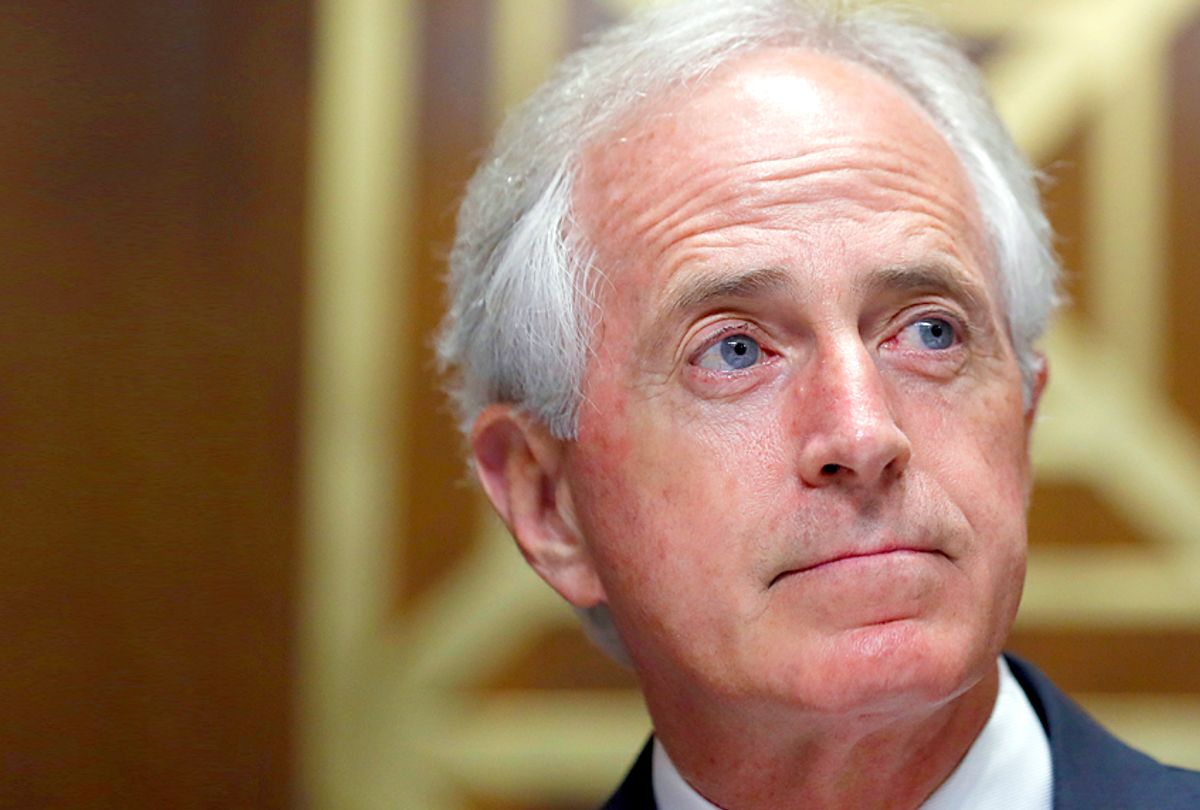 After a brief stint of reconsideration, Sen. Bob Corker, R-Tenn., is deciding to stick to his initial decision and will retire from the U.S. Senate.

On Tuesday, Corker's chief of staff said the senator would not seek reelection in the 2018 midterms, after he had entertained the voices of Tennessee Republicans and conservative lawmakers, Politico reported.

"He’s always believed and served as though he were only going to be in the Senate for two terms," Corker's Chief of Staff Todd Womack said. "And he was willing to listen to folks but he really believes the decision he made in September was the right one and is going to be leaving the Senate at the end of the year."

This means only one thing: Corker is now free to begin bashing President Donald Trump again, but it's unlikely he will do so, as the two have appeared to somewhat patch up their uneven relationship.

But the move is also a win for the Republican Party, as it avoided a potentially intense primary and now looks to rally behind Rep. Marsha Blackburn, who would have challenged Corker if he chose to run again. As of late, conservatives have made it clear that they are one with Trump, despite some early growing pains.

In the recent weeks and months, as Corker had reconsidered his decision to retire, he was told by Republican leadership that Trump's formal endorsement was necessary for him to seek reelection. When he initially announced he would retire last fall, Corker distanced himself from the president and repeatedly denounced his administration, even though he has voted in line with Trump's agenda 85 percent of the time.

The White House told Corker's team that Trump would not endorse either candidate, one source familiar with the conversations told Politico. However, it was previously reported that the president called Blackburn earlier this month and offered words of encouragement, which was a sign that he may not have given Corker the endorsement he sought.

The retirement means that Corker no longer has to kiss up to Trump, but the two "have spent significant time in recent weeks rehabilitating their mercurial relationship," so it's unlikely that Corker will go out with a bang, Politico noted.

Had Corker played his cards right and stuck to his guns from the start, he would have departed the Senate as a Republican who dared to take shots at the president. Corker's lip service was not reflected in any other form of resistance to Trump, such as policy, similar to his colleague Sen. Jeff Flake, R-Ariz.

But now he draws ire even from those who had taken a liking to him just because he at least opened his mouth.