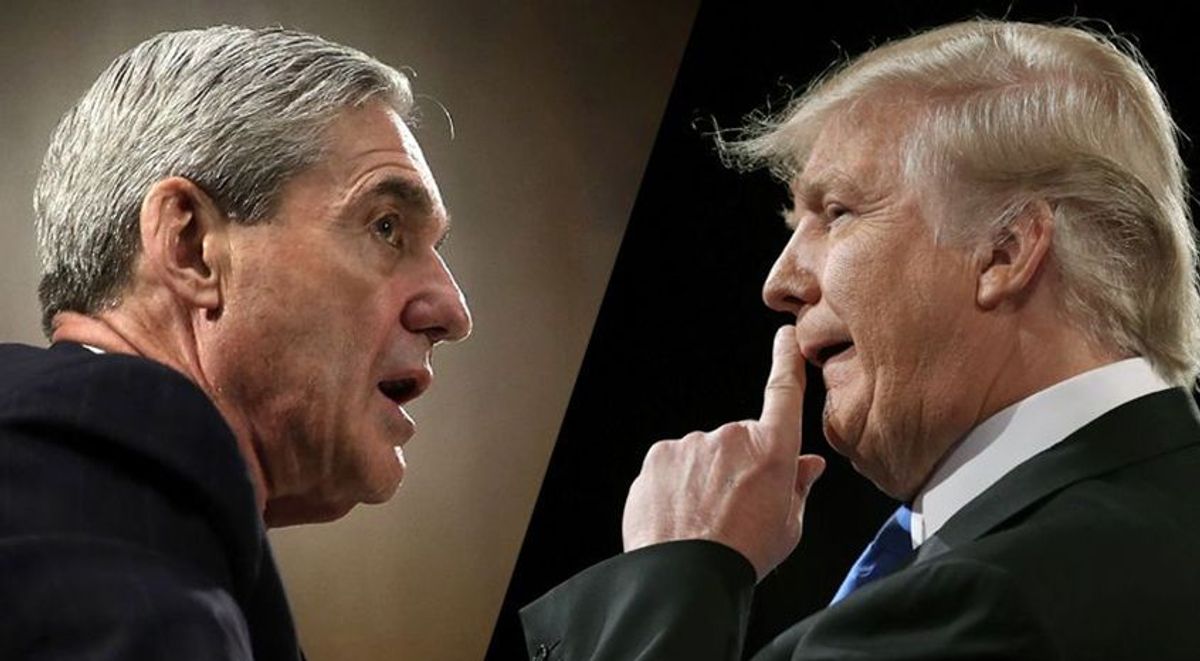 President Donald Trump is once again injecting himself into special counsel Robert Mueller's Russia investigating –  this time by ordering the release of select documents that could be used as ammunition to discredit it. The move is "Trump’s latest offensive against a Russia investigation that has ensnared associates and has consumed his attention for much of his presidency," Politico reports.

According to a statement from the White House Press Secretary, Trump has ordered the Office of the Director of National Intelligence and the Department of Justice, which includes the Federal Bureau of Investigation, to "provide for the immediate declassification of the following materials: (1) pages 10-12 and 17-34 of the June 2017 application to the FISA court in the matter of Carter W. Page; (2) all FBI reports of interviews with Bruce G. Ohr prepared in connection with the Russia investigation; and (3) all FBI reports of interviews prepared in connection with all Carter Page FISA applications."

The statement added: "In addition, President Donald J. Trump has directed the Department of Justice (including the FBI) to publicly release all text messages relating to the Russia investigation, without redaction, of James Comey, Andrew McCabe, Peter Strzok, Lisa Page, and Bruce Ohr."

Members of the pro-Trump press, as well as additional supporters of the president, have frequently accused the so-called "deep state" of trying to destroy Trump's presidency through the Russia investigation. The reference to the FISA court application involves a June 2017 decision by a court to surveil Carter Page, a former Trump adviser.

Meanwhile, the text messages of Peter Strzok and Lisa Page reveal that the two FBI employees were not only engaged in an affair but frequently shared negative views about Trump, leading the pro-Trump crowd to argue that their alleged bias could have influenced the ongoing investigation into potential collusion between his presidential campaign and the Russian government.

A similar observation can be made about the additional declassified information. Former FBI Director James Comey has been a frequent target of Trump's criticisms after he was fired in May for, according to Trump's own words in a subsequent interview, "regardless of recommendation, I was going to fire Comey knowing there was no good time to do it And in fact, when I decided to just do it, I said to myself — I said, you know, this Russia thing with Trump and Russia is a made-up story. It’s an excuse by the Democrats for having lost an election that they should’ve won."

One person who seems acutely aware of Trump's potential for meddling is special counsel Robert Mueller himself, whose plea agreement with former Trump campaign chairman Paul Manafort included controversial provisions intended to both make it less likely that Manafort would accept a pardon and to limit the damage Trump could cause Mueller's investigation by offering one. As Politico reported:

The plea deal Mueller struck with the former Trump campaign chairman contains several provisions that appear intended to discourage the former Trump aide both from seeking a pardon and to rein in the impact of any pardon Trump might grant.

Legal experts with sweeping views of executive power and attorneys who advocate for broad use of clemency criticized what they call an effort by Mueller’s team to tie the president’s hands.