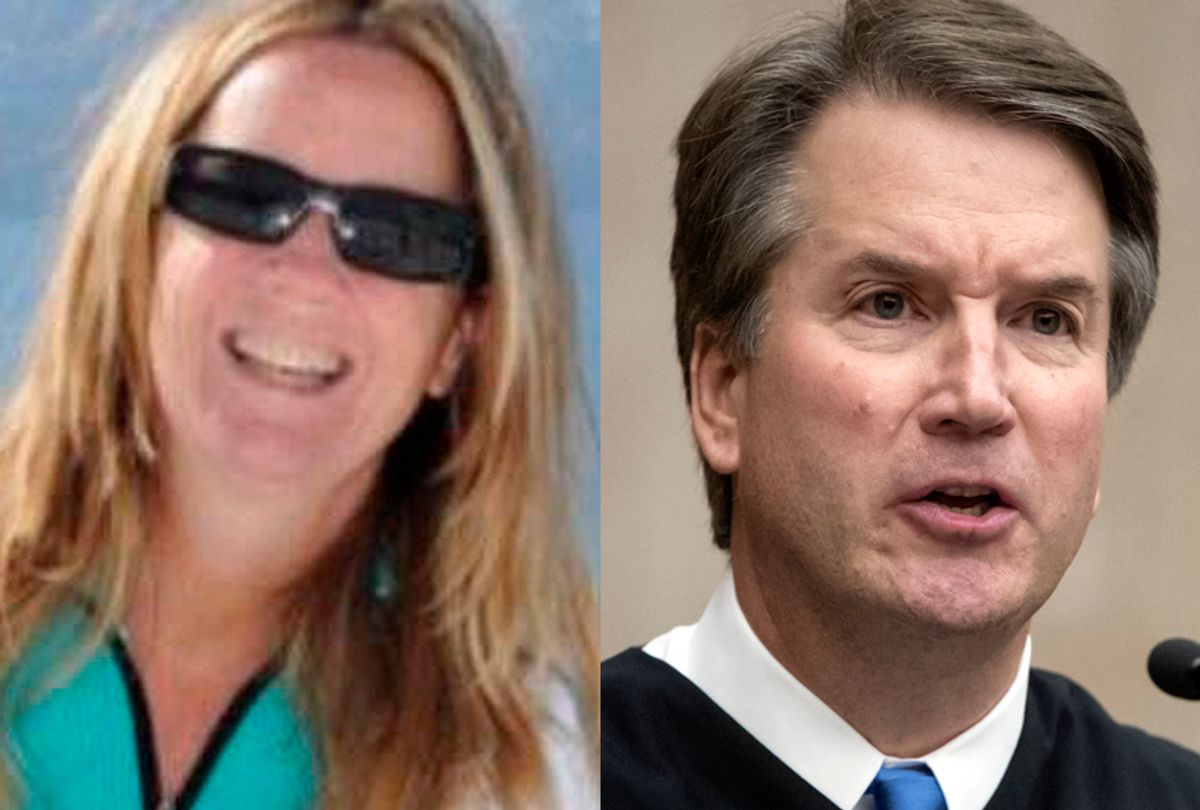 Christine Blasey Ford, the woman who accused President Donald Trump's Supreme Court nominee Brett Kavanaugh of sexually assaulting her in the 1980s, wants the FBI to investigate her allegation before she testifies to the Senate Judiciary Committee.

"A full investigation by law enforcement officials will ensure that the crucial facts and witnesses in this matter are assessed in a non-partisan manner and that the committee is fully informed before conducting any hearing or making any decisions," Ford's attorneys wrote in a letter to the panel late Tuesday.

After the confidential allegation against Kavanaugh leaked to the press and Ford came forward to identify herself a few days later, the committee agreed to postpone Kavanaugh's confirmation vote and hold a special public hearing Monday, inviting both parties to tell their side of the story. Kavanaugh has vehemently denied the accusations.

The two-page letter does not say if Ford would refuse to testify at the hearing if no FBI probe occurs. For their part, Republican Senators have expressed resistance to Ford's request, indicating a willingness to proceed with the confirmation process whether she speaks or not.

"After learning of the allegation, Chairman Chuck Grassley took immediate action to ensure both Dr. Ford and Judge Kavanaugh have the opportunity to be heard, in public or private," Sen. Bob Corker, (R-Tenn.) tweeted late Tuesday night. "Republicans extended a hand in good faith. If we don’t hear from both sides on Monday, let’s vote."

Many Democrats backed Ford's request for an impartial FBI investigation. Without one, there would merely be a "he said-she said" exchange, one's word pitted against the other's. However, Senate Judiciary Committee Chairman Charles E. Grassley (R-Iowa) released a statement late Tuesday night that disputed the need for an FBI investigation. "The invitation for Monday still stands," he declared.

"Dr. Ford’s testimony would reflect her personal knowledge and memory of events," Grassley continued. "Nothing the FBI or any other investigator does would have any bearing on what Dr. Ford tells the committee, so there is no reason for any further delay."

Grassley's response follows the laments of many on the right — including Trump, who nominated Kavanaugh — over a perceived lack of due process in the era of #MeToo. Ford's request for an FBI investigation into her sexual assault claim and for the presentation of relevant facts to the committee so that they can ask evidence-based questions is a way to move the hearing beyond relying on both individuals' testimony over a 36-year-old alleged encounter.

According to an argument from Sen. Lindsey Graham, (R-S.C.), "requiring an FBI investigation is not about finding the truth, but delaying the process till after the midterm elections."

"It is imperative the Judiciary committee move forward on the Kavanaugh nomination and a committee vote be taken ASAP," Graham added in a second tweet.

Republicans also oppose the opportunity to hear from witnesses beyond Ford and Kavanaugh, recalling the events from 27 years ago when Anita Hill testified before the committee accusing Clarence Thomas of sexual harassment and when top lawmakers did not allow supporting witnesses to speak.

Sen. Dianne Feinstein, (D-Calif.) echoed Ford's letter, arguing that the hearing should be delayed. "I agree with her 100 percent that the rushed process to hold a hearing on Monday has been unfair and is reminiscent of the treatment of Anita Hill," Feinstein said. "I also agree that we need the facts before senators — not staff or lawyers — speak to witnesses."

Meanwhile, support for Kavanaugh from Trump has not wavered. "I feel so badly for him that he’s going through this," the president told reporters during a White House news conference Tuesday. "This is not a man that deserves this."

Republicans have been in a race to confirm Kavanaugh before the midterms this fall, and while it appears they are willing to press on regardless if Ford testifies, rushing through a serious accusation of sexual violence could potentially energize opposition voters. In 1991, after Hill gave her testimony and was mistreated, the next year was dubbed "year of the woman," as voters elected more woman to Congress than ever before.

However, Republicans are apparently willing to take the risk. "He’s not going to withdraw," Sen. John Cornyn, (R-Tex.), told the Washington Post. "Our Plan B is the same as our Plan A: Judge Kavanaugh."

Could midterms change everything?