Teal Swan, a glam guru for the YouTube Age with controversial views on death 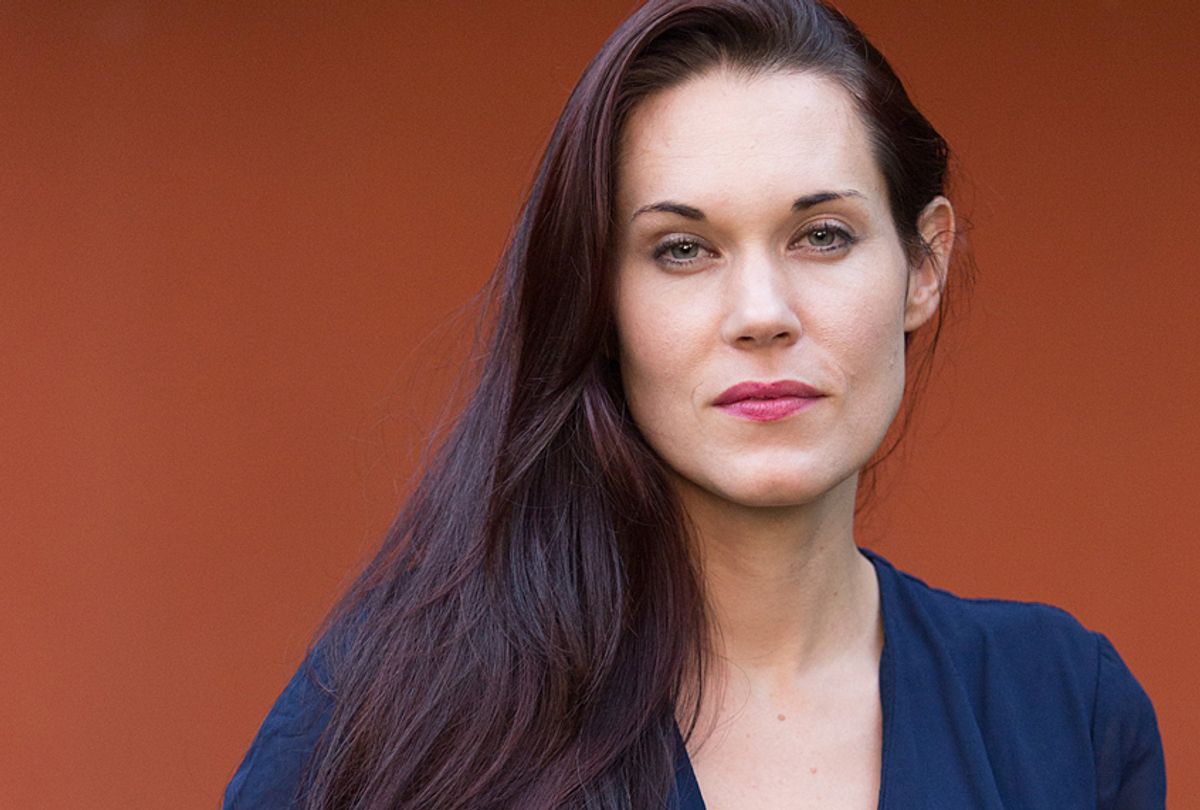 Teal Swan doesn't fit most people's preconceived notions of what a cult leader looks like. She's a fan of stilettos and of selfies that showcase her flowing black hair and piercing blue eyes. She presents a hefty dose of boho glam along with the spiritual teachings she targets to the scores of members of the "Teal Tribe" online, which number almost half a million for her YouTube channel, 81K on Instagram, and another 160K on Facebook. Check out her website and you'll see she's clearly got a knack for savvy, glossy PR.

But then there are the elements that seem all-too-familiarly cultish, as my co-host Cher Martinetti and I discussed on a recent episode of our podcast about cults and extreme belief, "Cult Faves." Swan claims she was born with extraordinary powers, such as X-ray vision and hearing, ESP and prophecy. Oh, and that she's actually a sixth-dimensional Arcturian alien, sent here across multiple dimensions by a panel of such beings who intentionally designed her persona to be extremely attractive. She lives at a picturesque commune in Costa Rica where she hosts spirituality workshops for $2,000+ a pop and where some of her followers have moved to join her. She refers to herself as the "Spiritual Catalyst" and her ambitions include building a global empire based on self actualization and related concepts. If these things set your cult radar tingling, you're not alone — but it's only the tip of the iceberg.

The subject of a recent six-part Gizmodo investigative podcast, "The Gateway," Swan and her teachings are now getting more scrutiny. For instance, Swan is fond of using SEO to draw in new followers, which is not in and of itself problematic. What new-style guru wouldn't be? Until the details emerged about exactly what this SEO looks like.

"The quote-unquote market that she's targeting is suicidal people," says Martinetti. "If you go on YouTube and do a search for 'I want to kill myself' or 'I'm feeling suicidal' or anything that's related to those search terms, videos by Teal Swan are going to come up first. And she's said in some of her videos that suicide is the best option for some people."

Swan's teachings around suicide are an element of her work that we refer to on the podcast as "wildly irresponsible," including  that suicide can be a reset button of sorts. Swan's teachings on this topic — which also involve suggesting people imagine their own deaths — are partly drawn from her own recovered childhood trauma that she says left her nursing the same feelings. According to Swan, she was abducted by a Mormon Satanic cult as a child, where she suffered years of abuse and was sewn into a corpse.

The therapist who helped her unearth these memories has a troubling history involving similar allegations, and investigators couldn't verify them. Unsurprising, given that they are almost verbatim the same Satanic ritual abuse cult claims that fueled the 1980s Satanic Panic and that have been massively debunked (and which we've discussed in detail on a previous "Cult Faves" episode). She also encourages followers to work to recover their own abuse memories. And there's so much more.

"She doesn't really give concrete answers or explanations to anything. She speaks using terms and words that don't mean anything," says Martinetti. "She has numerous books and she also created her own system that's based on regression therapy called 'the completion process.' She does a course so people can get a certificate in the process and teach the completion process, and of course it's never been peer-tested."

To learn more about Teal Swan and her followers, check out our full discussion on "Cult Faves."

Learn more about "Cult Faves" and subscribe to the podcast on iTunes, Stitcher, Google Play and more.

Gwenda Bond is the author of many books, including the Lois Lane and Cirque American series. She lives in Lexington, Kentucky. Find her online at www.gwendabond.com or @gwenda on Twitter.