Trump may claim that his immigration policies focus on "bad hombres," but the main targets are harmless civilians 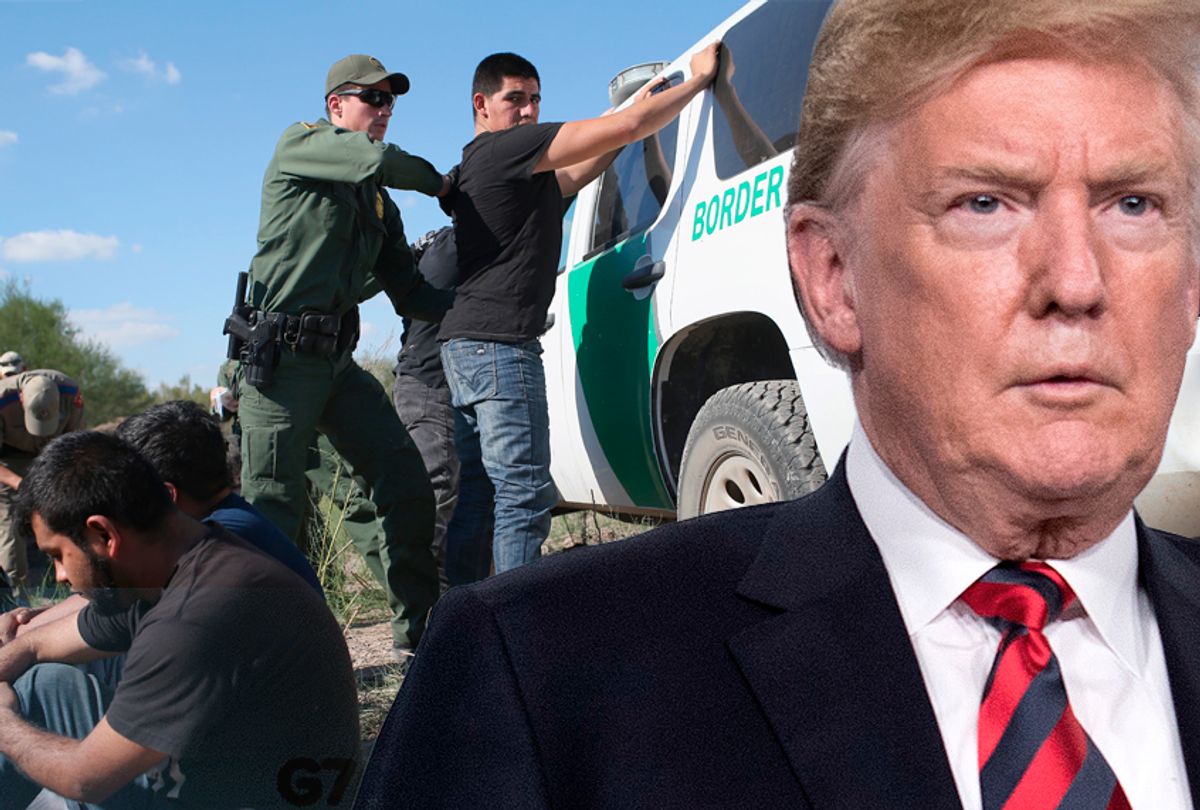 President Donald Trump may like to refer to the undocumented immigrants that he has targeted as "bad hombres," but a new report reveals that most of them are harmless civilians.

Immigration and Customs Enforcement arrests of noncriminals increased by 66 percent in the first nine months of the 2018 fiscal year, according to the Associated Press. By contrast, their arrest rate for convicted criminals only rose by just under 2 percent.

Although ICE has frequently defended itself from criticism by arguing that 56 percent of all of the deportees it has processed have had criminal records, it ignores that most of those convictions were for lesser crimes. Roughly 1 out of 4 of the deported immigrants had illegal entry or re-entry into the U.S. as their most serious offenses, with the former being the most-common charge among a deportee and the latter being the third-most common. The second-most common charge was driving while under the influence of marijuana; the other most common charges included drug trafficking, burglary, domestic violence, larceny and selling marijuana.

Also worth noting is that 79,270 of the deportees had no criminal convictions at all, out of the more than 220,000 total number of deportees.

Trump's anti-immigrant policy has also been criticized for hurting people who are without question blameless, such as the children of immigrants who were separated from their parents at the US-Mexico border.

"The policy's premise is that hurting children will be useful in deterring families from seeking asylum in the United States. Damaging children in an effort to reduce families seeking asylum is absolutely immoral. It is a horrendous, horrendous policy," Sen. Jeff Merkley, D-Ore., told Salon in June. "We have always treated families seeking asylum — who by definition are families who have gone through horrific circumstances overseas — with graciousness. We are a nation of immigrants coming from all corners of the world and many of our ancestors came here escaping persecution. So now trying to dissuade people from coming to the United States by hurting their children is morally bankrupt and out of sync with the soul of America."