Maryland shooting: At least three people are dead and multiple people are injured in, officials say

"Our prayers are with all those impacted, including our first responders," Maryland's GOP Gov. Larry Hogan tweeted 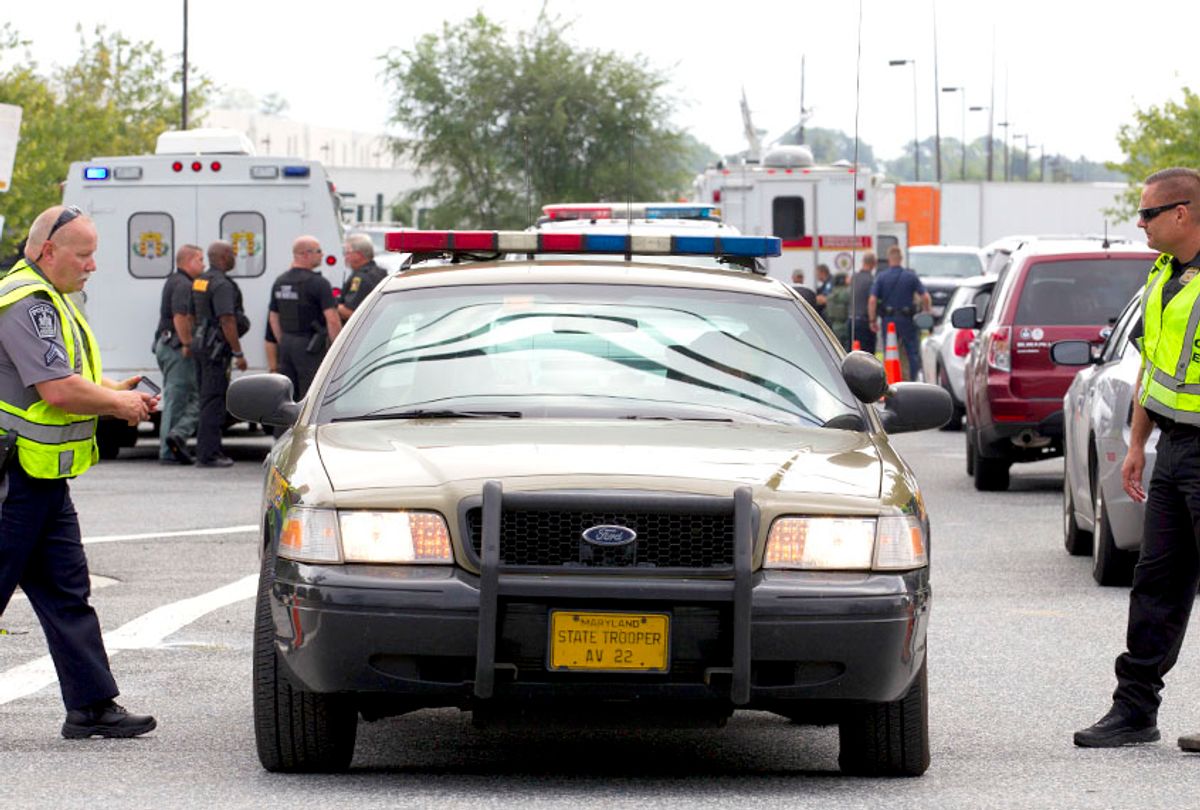 Three people were shot dead and three others are injured after an employee opened fire at Rite Aid facility in Maryland on Thursday morning, law enforcement officials said.

The incident in Aberdeen, which is located approximately 30 miles northeast from Baltimore, ended when the lone suspect, 26, turned the handgun on herself. She died later at the hospital, according to authorities.

Officials said that the suspect was armed with a 9mm Glock handgun, which she had owned and registered, and several magazines of ammunition.

No shots were fired by authorities, and victims are being taken to local hospitals for treatment. Officials have not yet released the names of the victims, and a motive for the incident has not yet been determined.

Harford County Sheriff Jeffrey Gahler said the suspect was temporarily employed at the Rite Aid distribution center and reported for work as usual around 9 a.m. ET on Thursday. He said the suspect shot victims both outside and inside the facility.

Law enforcement officials believe the shooting began outside the warehouse center and then moved into the front the building. However, they cautioned that the investigation remains ongoing.

"Over the last several hours law enforcement has been actively clearing and searching the 210,000 square foot facility for additional victims and information," the sheriff's office wrote on Twitter.

Officials were dispatched to the scene at 9:09 a.m. ET, law enforcement authorities tweeted, adding that there were "multiple victims." In a separate tweet, the sheriff's office urged people to "avoid the area."

Special agents from the Bureau of Alcohol, Tobacco, Firearms and Explosives and the FBI office in Baltimore office were also assisting with the investigation.

The shooting occurred at a Rite Aid distribution center, where products are received from manufacturers and sent to store, Susan Henderson, a spokesperson for the drugstore chain told The Associated Press. More than 1,000 people work at that warehouse, according to CBS Baltimore.

"Our prayers are with all those impacted, including our first responders," he added. "The State stands ready to offer any support."

Harford County Executive Barry Glassman said he updated Hogan on the incident, and he thanked all the first-responders who responded to the scene during the shooting.

"I am thankful to all the agencies who came out to get through this, which is becoming a too often occurrence – not only in Harford County but in the country," Glassman said.

Democratic Senator Ben Cardin of Maryland echoed Glassman. "This happens all too frequently, and it's a tragic situation, he said during a press briefing with media and law enforcement officials.

"We are so proud of the work of our first responders, entering places where there is incredible risk and danger to bring as much calm as possible," he continued. "We thank our first responders and we want you to know that the federal team is here to work with the county, with the state, doing everything we can to help the investigation and to help the families."

This is the third shooting in Maryland this year. The first was at Great Mills High School, which left the student shooter dead and two other students injured. The second was at The Capital Gazette, which left five dead and several others injured.

In October of 2017, Harford County had another workplace shooting, which left three dead and two injured.