Whoopi Goldberg torches the GOP on Brett Kavanaugh: “You would check it out if it was Barack Obama" 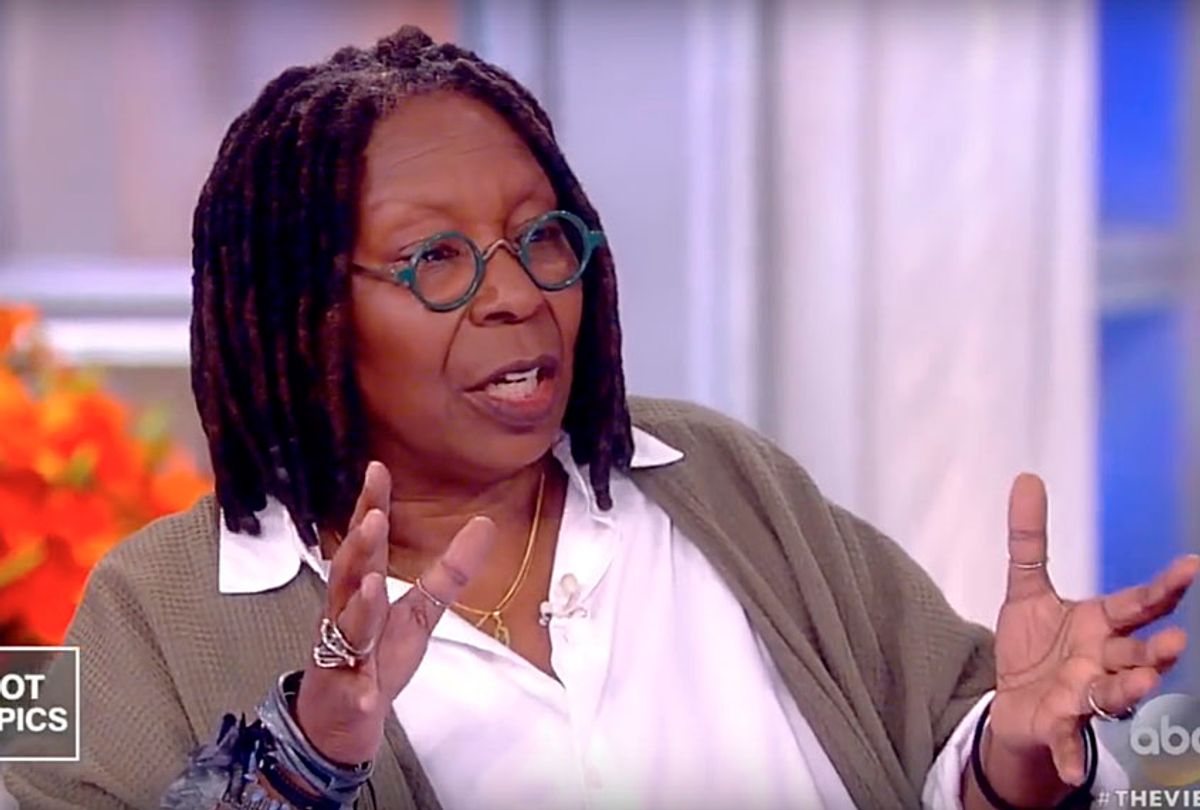 Goldberg said the federal judge was already tainted by the allegations by Christine Blasey Ford, who claims Kavanaugh attempted to violently rape her as another friend stood watch while they were teenagers at a drunken party.

Republicans have called for Ford and Kavanaugh to testify Monday at a Senate Judiciary Committee hearing, although they will not agree to the accuser’s request for an FBI investigation.

“For me, I would like her to testify,” Goldberg said. “I would like her to testify because I want her to dignify the 900 alumni who wrote from her school, you know, 900 women from the time she was in school to 2018. They said, you know, we believe Dr. Blasey Ford, we’re grateful that she came forward. Her experiences are all too consistent with the stories we’ve heard and lived with while attending Holton-Arms.”

Goldberg said the allegations were too significant, and the stakes were too high, for Ford to refuse to testify — but she said Republicans are trying to rush the process without conducting a thorough investigation.

“You can’t rush it, (but) it will get rushed, because I’m sure they’ve got the votes,” she said. “Even if they didn’t, many of the responses from the men on this Judiciary Committee, I thought after all — after #MeToo, you still have the same mindset.”

Goldberg said she was sure they would thoroughly investigate those claims against a Democratic nominee.