Federal funds will be redirected from cancer research, AIDS care and Head Start to pay for it 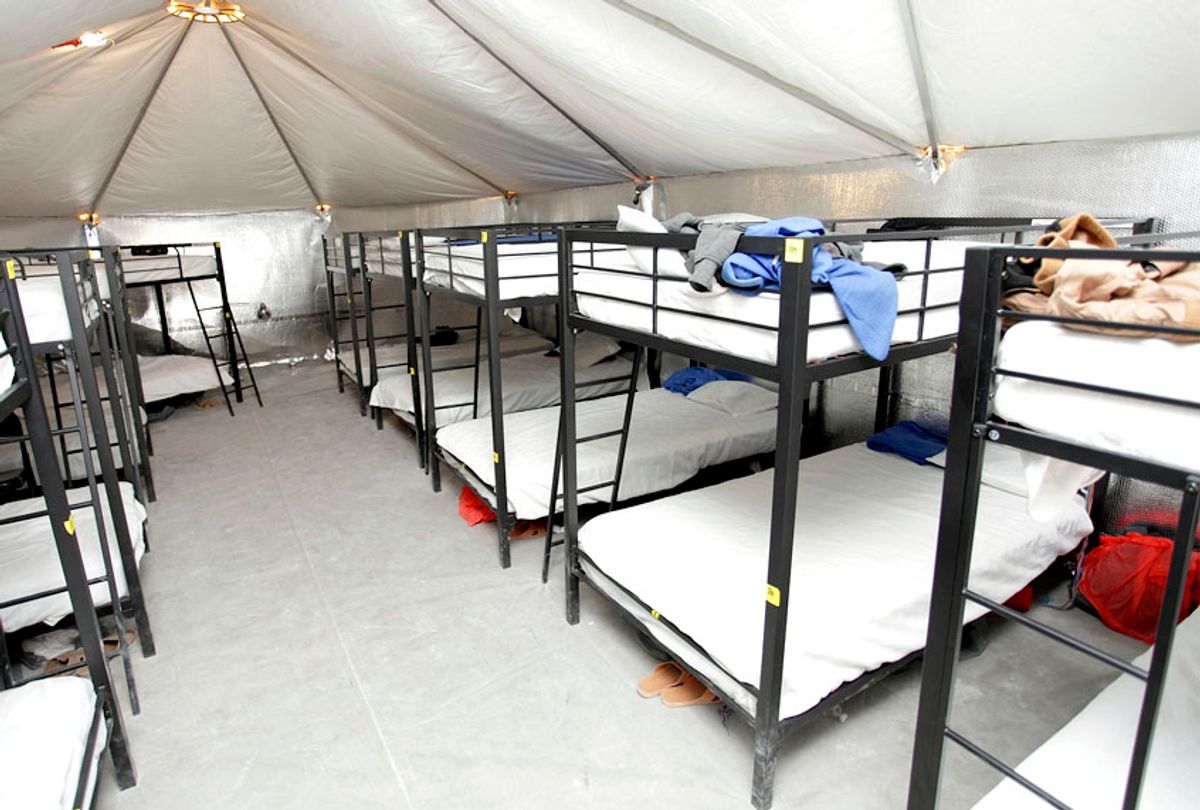 (U.S. Department of Health and Human Services via AP)
--

The number of migrant children separated from their parents under the Donald Trump administration's zero-tolerance immigration policy, one of the year's high-profile examples of the ongoing humanitarian crisis at the border, continues to reach new heights. While hundreds of children have been released under a court order, according to the New York Times that population has ballooned fivefold since last summer, from 2,400 in May 2017 to 12,800 this month. The number marks the highest ever recorded.

To accommodate the growing population of detained immigrant children, the Department of Health and Human Services will redirect millions of dollars in funding from several key programs, like the Centers for Disease Control and Prevention and the National Institutes of Health.

"In a letter sent to Sen. Patty Murray, D.-Wash., and obtained by Yahoo News, HHS Secretary Alex Azar outlined his plan to reallocate up to $266 million in funding for the current fiscal year, which ends on Sept. 30, to the Unaccompanied Alien Children (UAC) program in the Office of Refugee Resettlement (ORR)," Yahoo first reported.

Because the Trump administration is slashing the number of refugees allowed to resettle in the U.S. by a third, $80 million will be diverted from refugee support programs, according to Yahoo's report, and "the rest is being taken from other programs, including $16.7 million from Head Start, $5.7 million from the Ryan White HIV/AIDS program and $13.3 million from the National Cancer Institute. Money is also being diverted from programs dedicated to mental and maternal health, women’s shelters and substance abuse."

The federal shelter system is currently filled to near capacity — not because the number of minors crossing the border has surged, but because fewer children are being released.

"The big difference, said those familiar with the shelter system, is that red tape and fear brought on by stricter immigration enforcement have discouraged relatives and family friends from coming forward to sponsor children," the New York Times reported.

In response, the Trump administration announced that it would increase the capacity of a temporary and emergency shelter "tent city" in Tornillo, Texas, from 400 beds to 3,800. However, not only does housing a child in that facility cost about $750 per day — around three times the amount of housing them at a regular federal shelter — but the conditions there can be far worse for children.

"You are flying in the face of child welfare, and we’re doing it by design," Rep. Representative Rosa DeLauro, D-CT, told the Times. She is also the ranking Democrat on the Labor, Health and Human Services, and Education Appropriations  subcommittee that funds the shelter program. "You drive up the cost and you prolong the trauma on these children," she added.

READ MORE: Many foster kids were drugged without oversight: report

Meanwhile, federal authorities have continued to blame the "broken immigration system" for this growing population of detained children, echoing Trump's calls to Congress to pass policy around illegal immigration. Others say a key change in the sponsorship process is keeping more minors from being released to family members in the U.S., driving up the overall number of children in detention, not a swell in the number of children crossing the border.

"This is not a story about a historically large surge in arrivals," Mark Greenberg, who led the Department of Health and Human Services’ Administration for Children and Families under President Barack Obama, told Yahoo. "The story is fundamentally about a significant slowdown in children being released from care."

The number of detained migrant children being released to sponsors has decreased substantially, and it's at least somewhat connected to a change in the process implemented by the Trump administration in June. Potential sponsors and other adults living in the household have to submit fingerprints, and that data, along with other personal details, would be shared with immigration authorities, in part, "to verify or ascertain citizenship or immigration status," the modification by the Department of Homeland Security says.

Often sponsors are undocumented themselves, and the process places would-be sponsors at risk of deportation. The policy also slows down the process for sponsors who are documented, as they still have to wait to be fingerprinted and reviewed.

"Matthew Albence, the executive associate director for enforcement and removal operations at ICE, validated these fears during a hearing about family detention before the Senate Homeland Security and Governmental Affairs Committee on Tuesday, stating that under the policy ICE has apprehended 41 prospective sponsors so far," Yahoo reported.

Abigail Trillin, a staff attorney at the San Francisco-based Legal Services for Children, told the outlet, that with undocumented people scared to step forward and sponsor migrant children, "children either stay in detention or go to more distant people who might happen to be documented," she said, a "situation that is at best challenging and at worst dangerous for children."