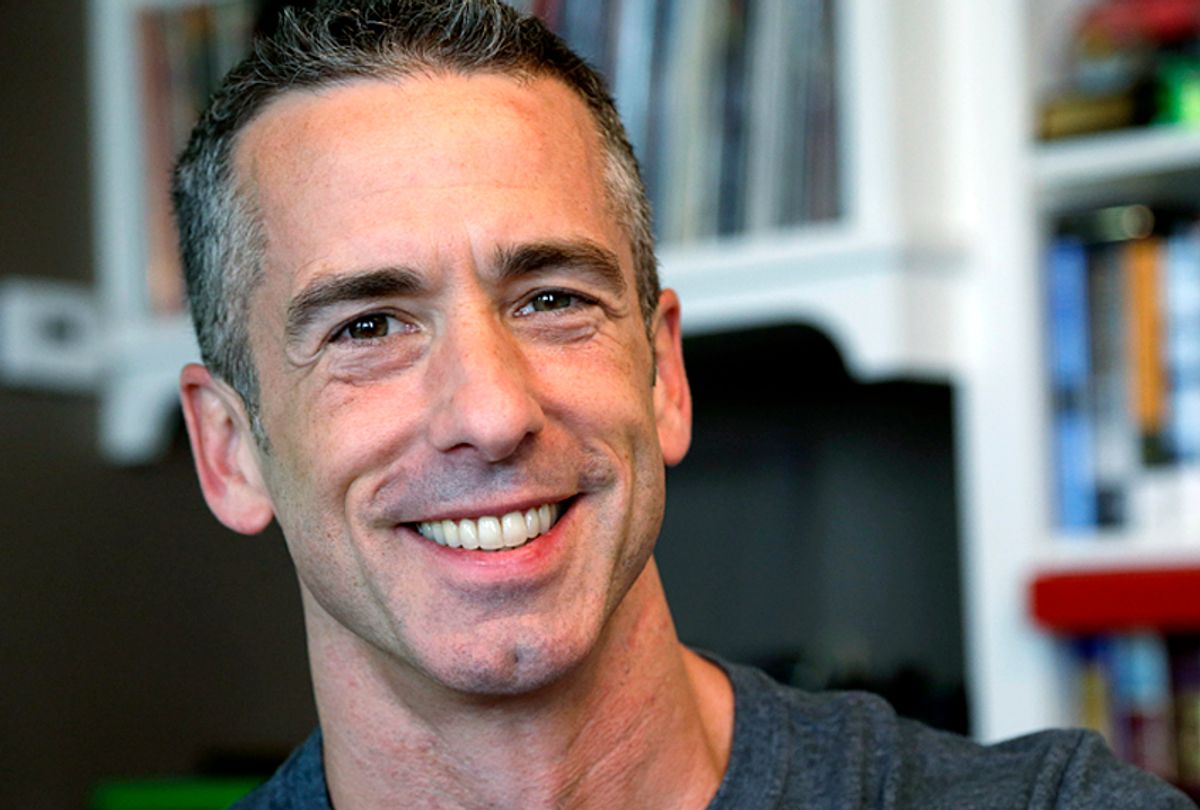 Some people want to be ravished by a home intruder. Others struggle to make sense of their fetish for leather boots. Some even reckon with a sexual attraction to centaurs or sphinxes or fish-tailed demigods. As The Stranger’s sex and love advice columnist, Dan Savage has been reading letters from writers like these for 27 years and affirming their fantasies as healthy. What’s not healthy, he proposes, are the common fictions we cling to in our understanding of relationships.

The fictions to which he’s referring aren’t the sort that involve mer-people. They’re the sometimes-invisible expectations into which we’re indoctrinated by early diets of storybook junk food, and the outdated dreams promised by grandma and grandpa’s photos. One fiction against which Savage rails particularly hard is the idea that our committed partners should never look at another attractive person on the street so long as they’re in a relationship with us.

“And you know, the simple answer to 'I worry that I'm not enough for him' is, 'You are not enough for him.' We tell ourselves that there’s something wrong if our partner looks at somebody else, because we should be their everything. We're checking other people out ourselves!" he said. "So we know that someone can be the person you picked, the person you want to be with, the person you settled for. And you can be very happy with that person and still have lust in your heart, as Jimmy Carter said a million years ago.”

Another idea Dan frequently helps people re-examine is that our partners should magically know what we want in bed. Instead, he says, the only real option is to use your words — which happens to be what he calls “the gay superpower.”

“When two guys go to bed together and they get to yes, they get to consent — that's the beginning of a whole other conversation," he said. "Usually it's framed with what I like to call the four magic words that begin every gay encounter. Where one guy will look at the other guy and someone will say, 'What are you into?' And you can rule anything in and anything out.”

Perhaps the fiction of which Savage has done the most vigorous rewriting is the idea that there’s a single magic recipe for a perfect long-term relationship. It isn’t about always drawing her a bath or keeping his favorite snacks in the cabinet (although that stuff helps—especially if the snacks are good). According to Savage, a happy long-term commitment is one you get only by doing the unglamorous, daily work of committing and recommitting to the person you love.

“Sometimes people ask me and Terry, 'What's the secret to your success?' We both look at each other and say, 'Well, we just keep not breaking up!' I mean that in a sort of joking way, but I'm also really serious because, you know, I have friends who are perpetually single, who get in relationships and break up.” Savage explains. “And they'll come to me and bemoan their new single status, and they'll say that they're just so jealous of what Terry and I have, and then I’ll ask them, 'Well, why did you break up?' And they’ll tell me what the fight was that led to the breakup, and I’ll laugh in their faces. It's like, do you know how many times Terry and I have had that DefCon level of a fight and didn't break up? The problem isn't that your relationship failed. You walked off the field because you had a big fucking fight.”’

Both on his show and in his column, Dan Savage helps us reckon with the realities of staying in love. Part of that means letting go of fictitious bullshit so that we can more clearly see ourselves—and one another—for who we really are.

To hear what other fictions Savage considers the enemies of lasting love, listen to the Simplify episode “Keep Not Breaking Up.”

"Simplify" is a podcast for anyone who’s taken a close look at their habits, their happiness, their relationships, or their health and thought, “There’s got to be a better way to do this.”  Hosted by Caitlin Schiller and Ben Schuman-Stoler. Brought to you by Blinkist. Subscribe to "Simplify" on iTunes, Stitcher, RadioPublic or wherever you get your podcasts.